Zlatan Ibrahimovic’s home has been vandalised and his statute lit on fire by Malmo fans reacting angrily to the Swede becoming co-owner of rivals Hammarby.

‘Judas’ was spray-painted on the former Barcelona star’s front-door and rotting fish left on the doorstep of his Stockholm home.

The striker began his professional career with Malmo, and a statue of Ibrahimovic sits outside the club’s stadium.

The statue has also been attacked, with fans attaching a toilet seat to the arm and setting it on fire. A fence has now been put around the statue and a team of security guards are keeping watch. 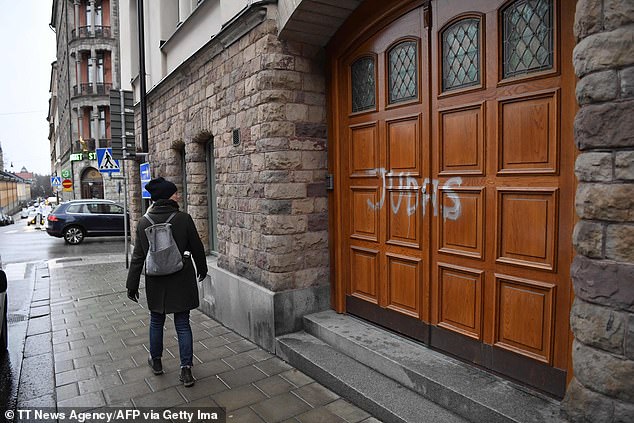 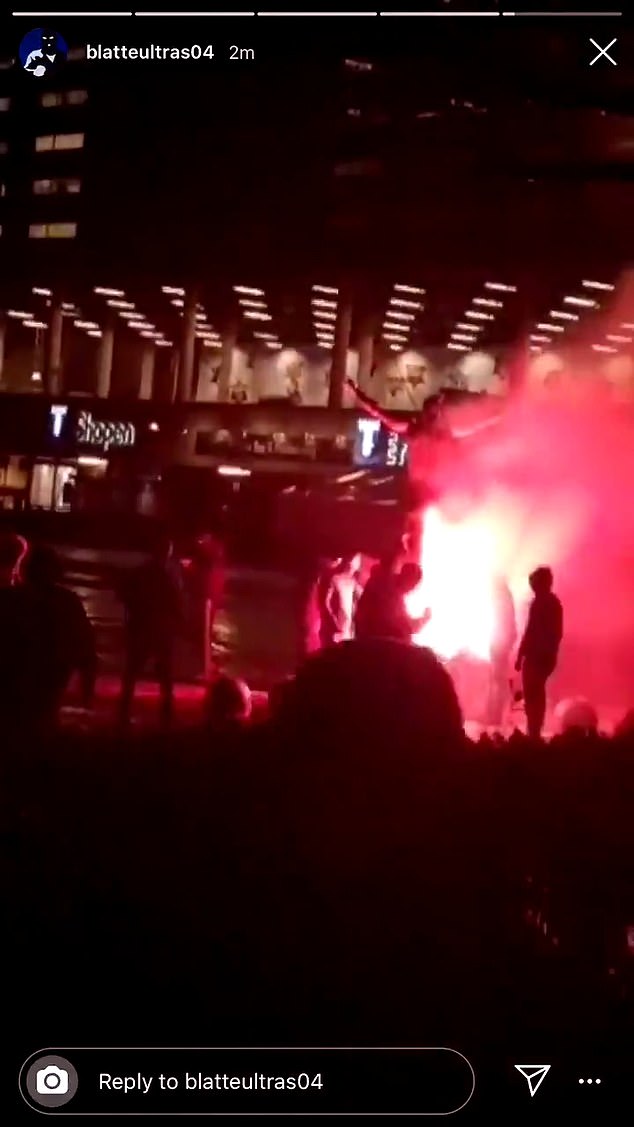 The 38-year-old described his investment in the up and coming club as ‘fun and exciting’, but he has subsequently faced an extreme backlash from Malmo supporters.

Malmo chiefs had hoped that the statue would still be respected after Ibrahimovic’s 25 per cent stake in Hammarby was announced on Wednesday morning.

The statue in Stockholm was only unveiled last month, and is located between their new and old grounds, but it has now been defaced after his move to the board of Hammarby. 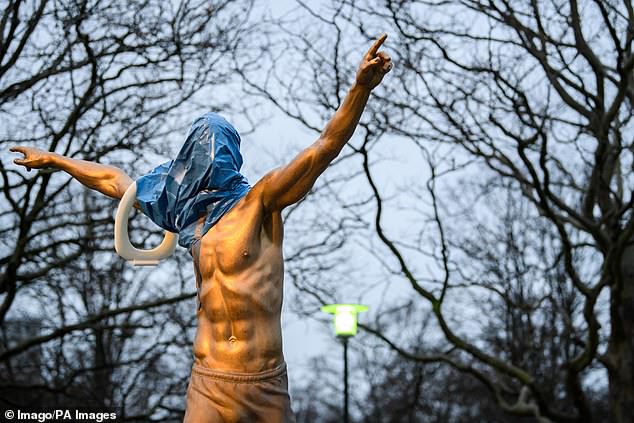 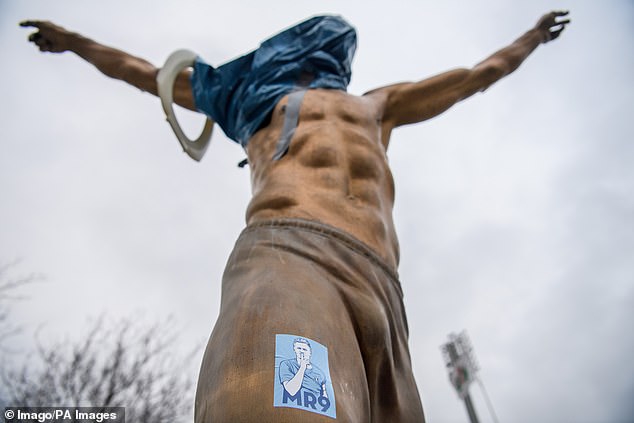 Ibrahimovic will however not be representing Hammarby on the pitch, as many thought he might when he revealed a video of himself holding up their shirt.

AC Milan, Bologna, and even a return to Manchester United have all been mentioned as possible destinations, but it appears he is focusing on off-field matters for the time being.

On his co-ownership of Hammarby, Ibrahimovic said: ‘Hammarby is a fantastic club with passionate supporters and has great respect in both Stockholm and Sweden.

‘I have always liked the club and the fans, since then I am impressed with what the club has done in recent years, both on and off the pitch.

‘Being able to join and develop Hammarby forward feels both fun and exciting.’ 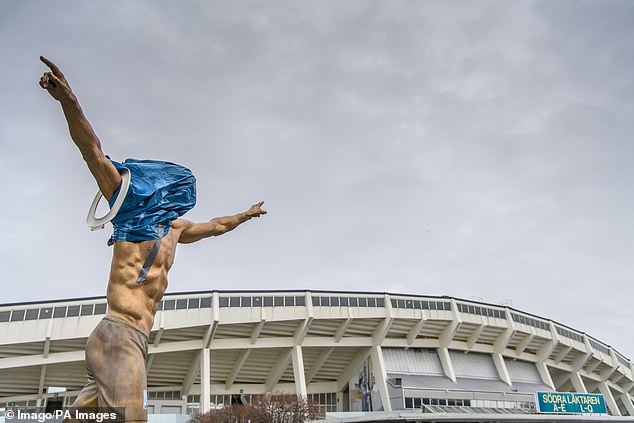