Zoe Kravitz beamed with delight as she arrived for a pre-wedding celebration in Paris on Friday.

The Big Little Lies star, 30, will tie the knot with Karl Glusman this weekend and hosted a rehearsal dinner at Restaurant Lapérouse in Paris.

She put her edgy twist on bridal white by wearing a sparkling beaded mesh dress over a crop top and bike shorts while her groom-to-be wore a blue suit.

Here comes the bride! Zoe Kravitz and Karl Glusman arrived for a rehearsal dinner at Restaurant Lapérouse in Paris on Friday 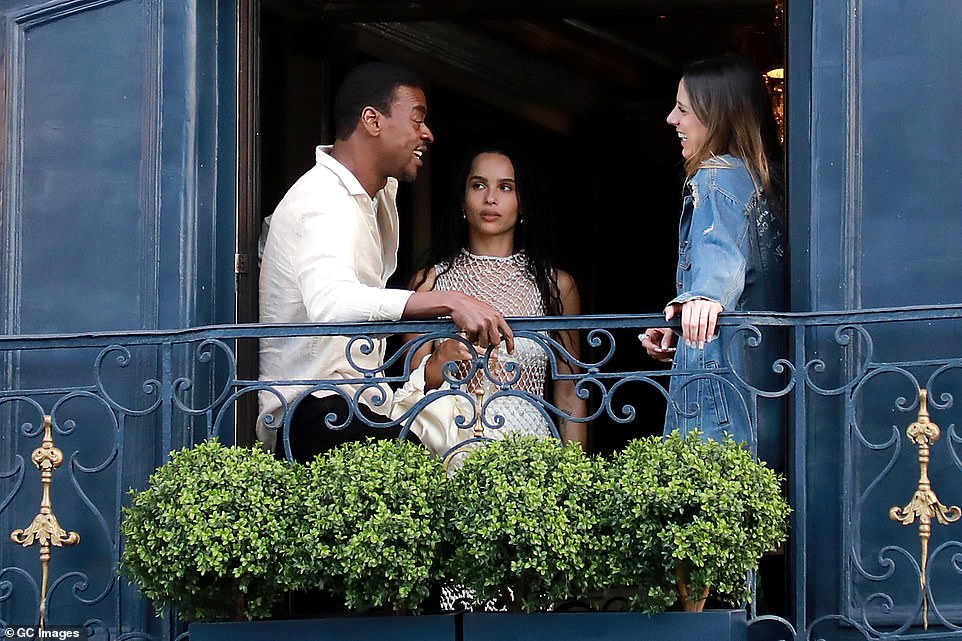 Hanging out: Later the starlet was seen chatting with friends on the balcony of the restaurant

Later the starlet was seen chatting with friends on the balcony of the restaurant.

A host of famous faces turned out for the dinner, including her father Lenny Kravitz. Her mother Lisa Bonet also attended along with her husband Jason Momoa.

Reese looked breezy in a ruffling purple wrap with yellow flowers scattered about. She added gold heels and pearly drop earrings for extra oomph. Besides the star was her agent hubby Jim Toth, who looked sharp in head-to-toe black.

Shailene Woodley was simple in a buttoned up navy shirt-dress worn with a wide hat. She added a rush of color with a hint of pink lipstick. 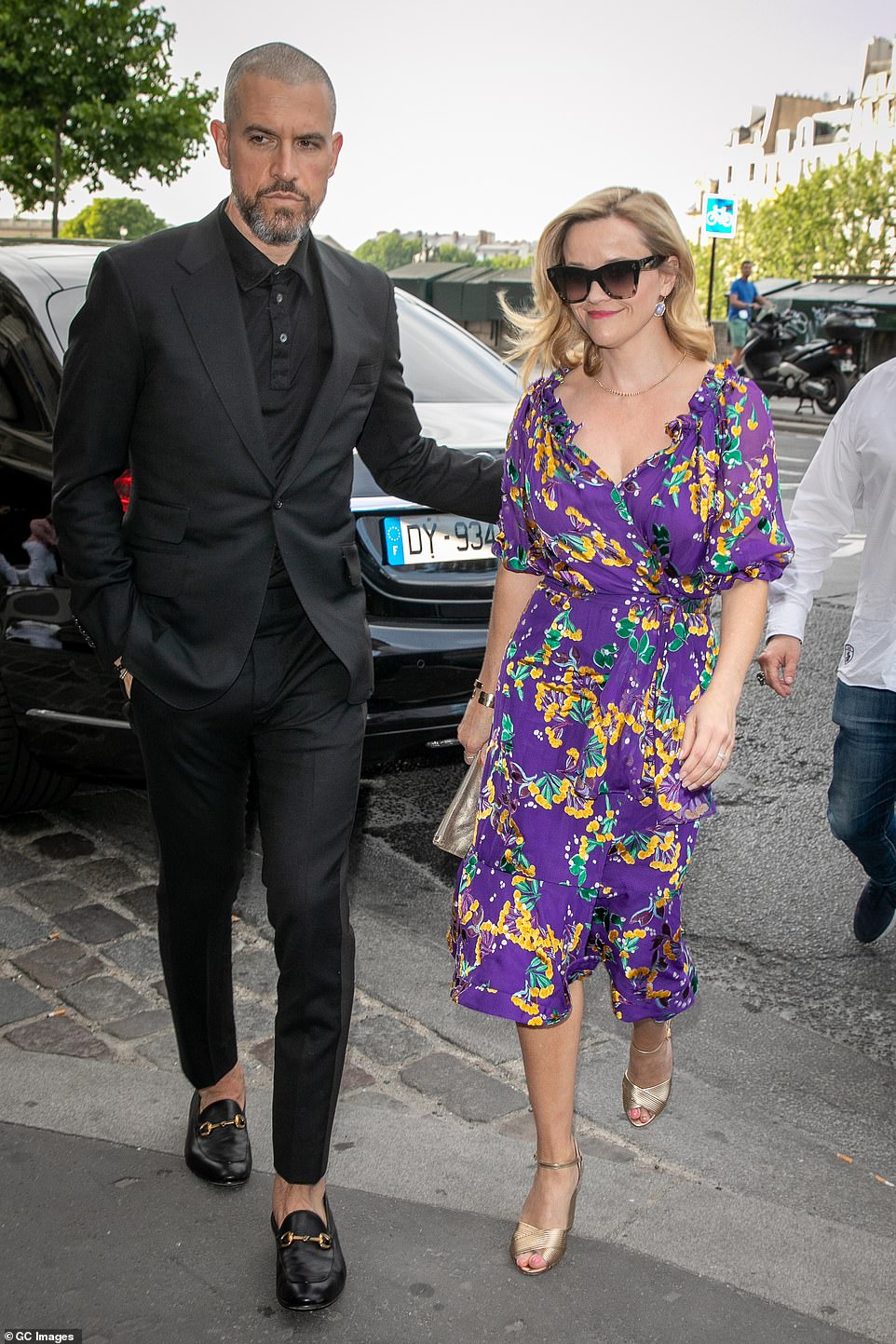 Pretty in purple: Reese looked breezy in a ruffling purple wrap with yellow flowers scattered about

Laura Dern looked divine in a one-shouldered black and white frock cinched in the center with an edgy leather belt.

Chris Pine’s girlfriend Annabelle Wallis looking absolutely stunning in a silver sequined number. Meanwhile her other half turned heads in a bronze suit which he paired with a blue shirt and striking pocket square.

Zoe’s father and music legend Lenny recently said he is expecting the wedding day to be ’emotional’, particularly because his mother Roxie Roker – who passed away in 1995 – had always wanted to see Zoe get married.

He said: ‘When that happens it’ll be a trip, and emotional for all the reasons anybody would understand, but also because that’s the one thing my mother talked about before she died, that she wanted to live long enough to see her granddaughter get married.’ 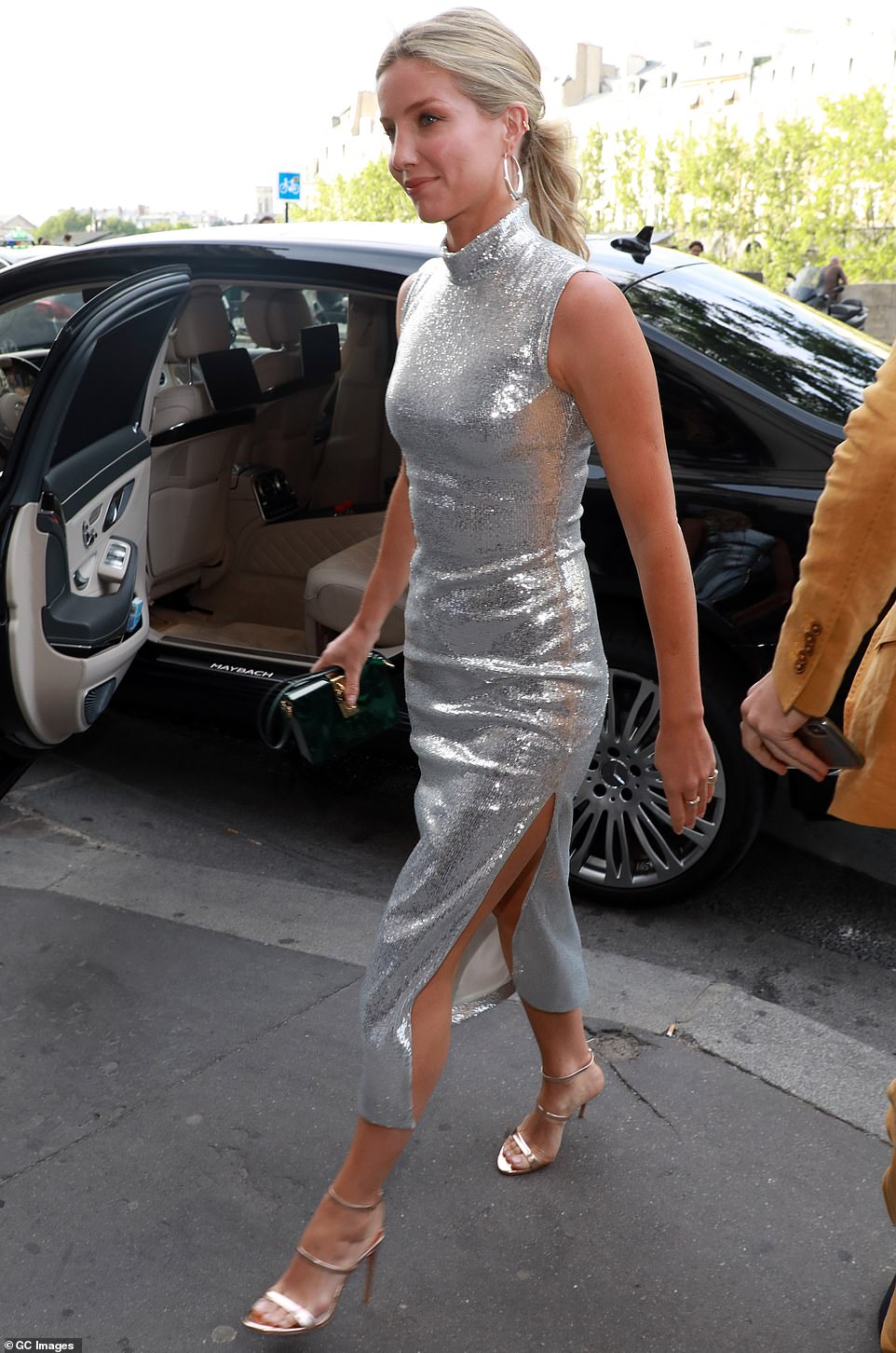 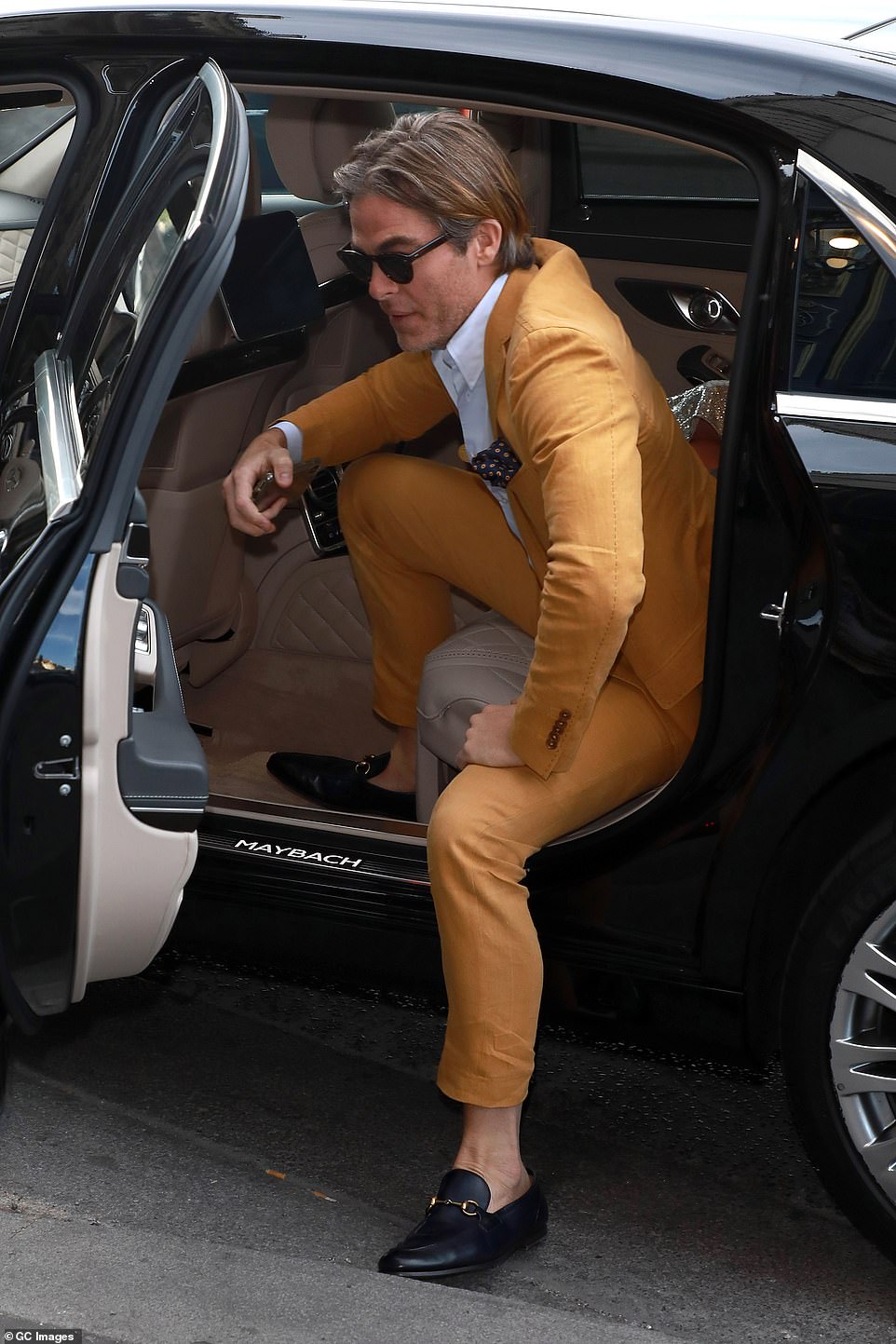 Suited up: Meanwhile her other half turned heads in a bronze suit which he paired with a blue shirt and striking pocket square

The 70s style icon passed away after battling breast cancer when Zoe was just seven years old, but Lenny – who has 30-year-old Zoe with his ex-wife Lisa Bonet – says she still has ‘really fond memories’ of her grandmother.

He added: ‘When my mother passed [Zoe] was young. She remembers her, and has really fond memories, but it didn’t get to the point where they’d get into deep conversation.’

And the Here to Love singer, 55, is happy to have passed on what he could to his daughter, whom he dubbed as ‘amazing’.

‘She’s amazing, and she’s all the things that I would have hoped for. I’m a dad you know, but we’re friends. We’re very close. We talk about everything. We don’t hide things from each other.’

Meanwhile, it was recently reported that Zoe and Karl have already tied the knot in secret, but are hosting the ceremony in France to remarry in front of their family and friends.

This is a big weekend for celebrity weddings; Sophie Turner and Joe Jonas are also tying the knot in France and David Foster and Katherine McPhee said I Do in London on Friday evening.

Vanderpump Rules’ Jax Taylor and Brittany Cartwright are also celebrating this weekend at the Kentucky Castle in Versailles, Kentucky.