Users of the video conferencing service Zoom were left experiencing audio and visual problems earlier today after the platform went down.

The American communications company, whose headquarters are located in San Jose, California, saw some of its members unable to log in, host or participate in meetings.

The service, which has seen a surge in members amid the coronavirus pandemic, confirmed it had now resolved the matter and ‘will monitor to ensure no further operational impact’.

More than 3,000 people reported experiencing problems after the service went down at around 9.21am today, according to real-time problem and outage monitoring website DownDetector.

The American communications company Zoom saw some of its members unable to log in, host or participate in meetings today. (Stock image)

Around 3043 people reported experiencing problems with the service at earlier today, according to real-time problem and outage monitoring website DownDetector 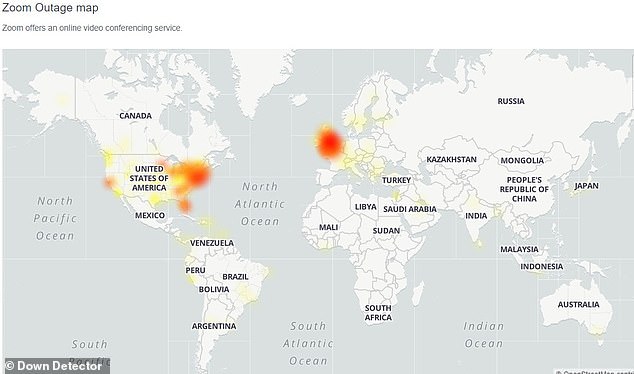 A Zoom outage map showed that most of the issues were experienced in the U.S. and the UK

Earlier today, social media users took to Twitter to share their thoughts on the conferencing service going down.

One user wrote: ‘Ummm,@zoom_us? I think you’re broken. It took three times to be able to see my church. In case you’re not aware, worship services need extra IT support. It’s one of the few times each week we get to safely SEE so many people. Please fix the bug. #zoomdown.’

While another said: ‘Zoom is down. Like down down. Clergy, organizers, leaders of all types, content creators: TAKE A DEEP BREATH. It’s ok if *gestures to everything* this doesn’t happen today.

‘There will be another way. Pandemics suck. Tech doesn’t always work. We are resilient. BREATHE.’

One person joked: ‘This morning Zoom has had global service technical problems. And my entire work and social worlds have come crashing down.’ 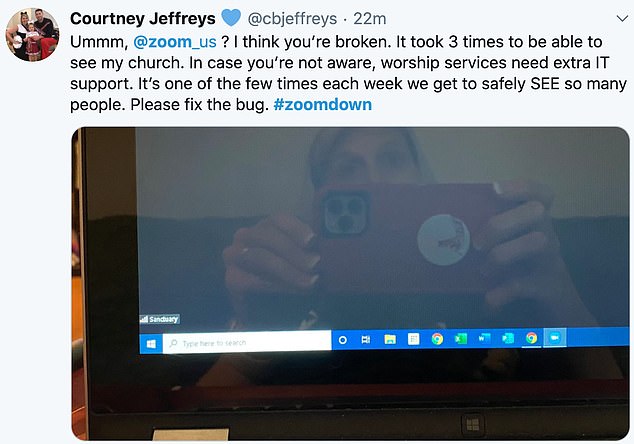 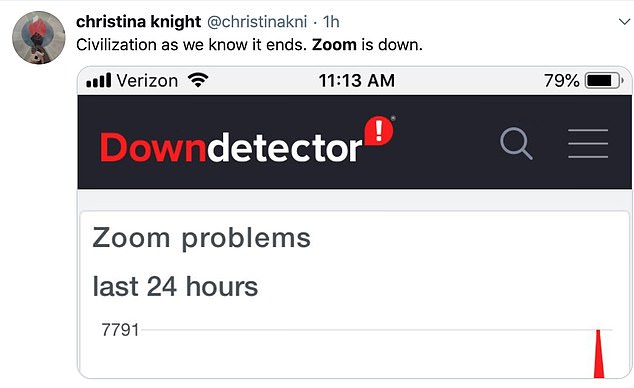 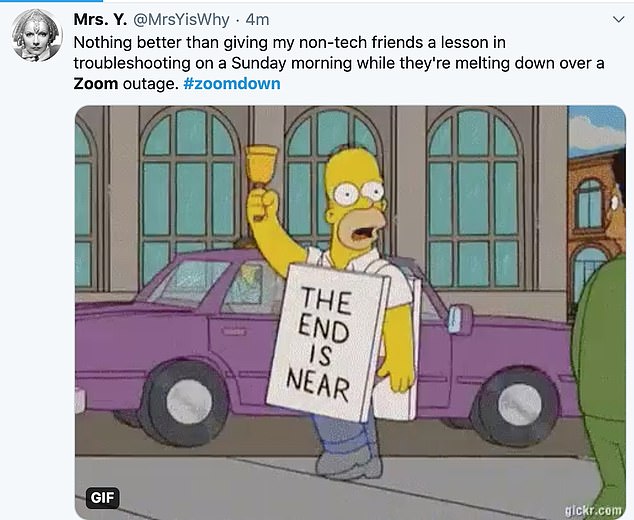 Zoom users took to social media to share their thoughts on the video conferencing service going down, with some poking fun at the situation

Elsewhere another user said they were now helping their friends with troubleshooting issues and added.’Nothing better than giving my non-tech friends a lesson in troubleshooting on a Sunday morning while they’re melting down over a Zoom outage. #zoomdown.’

Today, journalists were asked to send their written questions in to Downing Street after Zoom went down.

Business Secretary Alok Sharma had to read questions out during the daily press conference.

He explained: ‘I think people watching will, I’m quite sure, be aware that Zoom users are encountering some issues at the moment, so unfortunately we won’t be able to get any journalists live on-screen. Instead I will be reading out their questions that have been sent in.’

A Zoom spokesperson said: ‘Zoom users impacted by an issue hosting and joining Zoom Meetings and Zoom Video Webinars should now be able to host, join, and participate in these sessions.

‘We are continuing to assess this matter that impacted a subset of our users and will monitor to ensure no further operational impact.

‘We sincerely apologize for any inconvenience this might have caused.’