$2,000 reward on offer to find driver who deliberately hit koala in Adelaide Hills

A $2,000 reward is on offer to find the ‘coward’ who deliberately swerved onto the wrong side of the road to ram into a defenceless koala.

The koala was walking near a roundabout in Woodside, in Adelaide Hills on Thursday at about 3.20pm when she was struck by a driver in a white flat tray ute.

A witness claimed the heartless driver intentionally hit the animal – who had already suffered through the bushfires – before driving off and leaving her to die.

She now screams in distress if let alone for too long, and needs constant attention from her human rescuers.

Adelaide Koala Rescue was called to take Arizaan – who was named after her rescuer – back to their facility in Campbelltown where she was X-rayed and given pain relief.

Footage released by the centre shows the koala screaming in distress.

The organisation’s managing director, Jane Brister, said the driver was a ‘coward’.

‘If someone’s going to mow down a koala of all animals, I don’t think there’s anything (they) wouldn’t mow down,’ Ms Brister told Adelaide Now.

‘Everybody was shaken because the caller was so distressed and in such a panic.’

Ms Brister said Arizaan had recently survived the raging bushfires in Adelaide Hills and had to scars on her paws to prove it.

‘I think all in all this koala is incredibly lucky. She was very distressed, the moment you weren’t anywhere near her she’d start wailing,’ she said.

Arizaan (pictured) was walking near a roundabout in Woodside, around 37kms west of Adelaide on Thursday at about 3.20pm when she was struck by a driver in a white flat tray ute 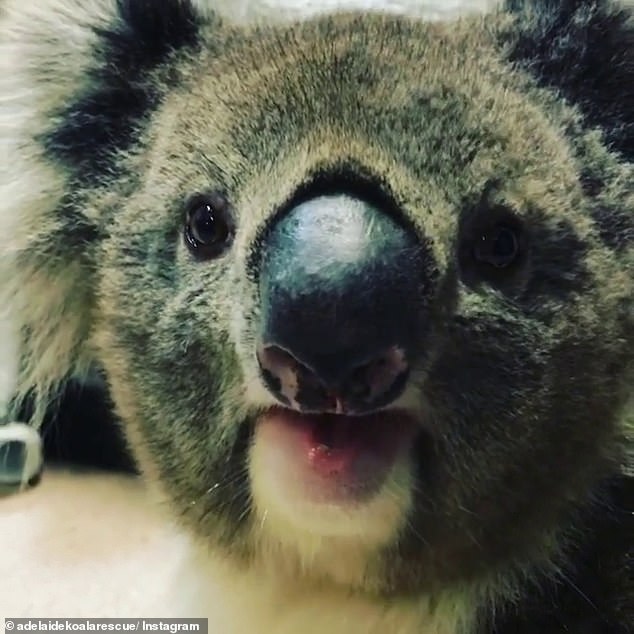 People for the Ethical Treatment of Animals (PETA) has since offered the reward urging anyone with information to come forward.

‘Someone in Woodside must have seen or heard something related to this horrific crime. We’re calling on anyone who has information about this callous act to come forward,’ PETA spokesperson Emily Rice said in a statement.

‘A person capable of deliberately causing such protracted suffering to a helpless animal demonstrates a deeply worrying psychological state and must be found and punished.

‘Considering the culprit drove onto the opposite side of the road to commit the act, it’s clear they have little regard for their own safety or that of fellow drivers.’

Anyone with information about this case should contact RSPCA South Australia on 13 0047 7722.

In South Australia people found responsible for extreme cases of animal abuse face up to four years in jail and a $50,000 fine. 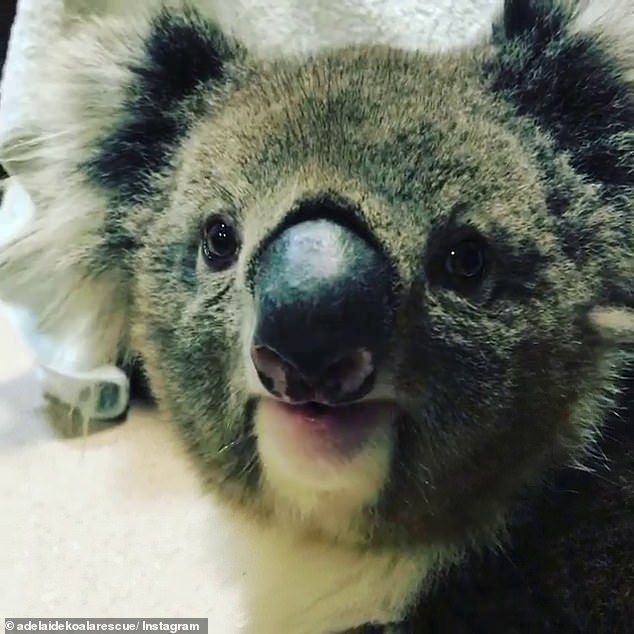 A $2,000 reward is on offer for anybody who has information on the driver who witnesses claim deliberately hit the koala (pictured)