21 Lessons For The 21st Century by Yuval Noah Harari review

On the dustjacket of this, Yuval Noah Harari’s third book, his publisher declares that his previous two books, Sapiens and Homo Deus, ‘have become global phenomenons [sic]’.

What next? ‘In this new book I want to zoom in on the here and now,’ he announces in its introduction. He then lists some of the questions he aims to answer, including ‘What is happening in the world today, and what is the deep meaning of events?’, ‘Is God back?, ‘Is a new world war coming?’, ‘Can nationalism solve the problems of inequality and climate change?’ and ‘What should we do about terrorism?’

You might have thought this list would be more than enough for an author to tackle, but he doesn’t stop there. As the introduction goes on, the questions he aims to solve grow bigger and bigger. ‘Who are we? What should we do in life? What kind of skills do we need? Given everything we know and don’t know about science, about God, about politics and about religion – what can we say about the meaning of life today?’ 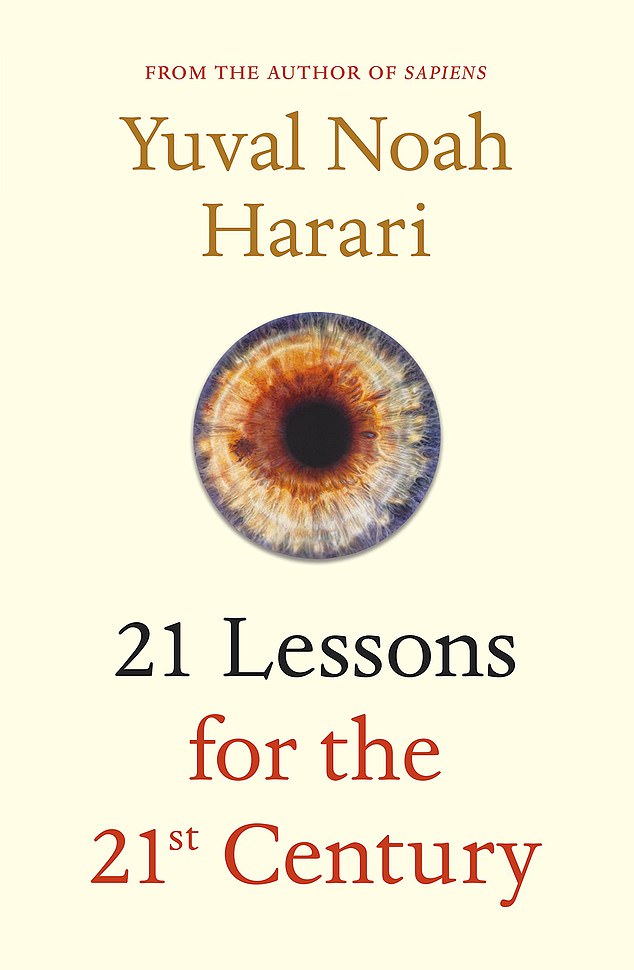 In the introduction, Harari lists the questions he aims to tackle. From issues on terrorism, war and the meaning of life — he sets himself a big task

Phew! By the end of the introduction, Harari has listed just about every question known to man, apart from whether Monday or Tuesday is the best day to put the bins out. ‘My agenda here is global,’ he declares, confidently.

He doesn’t dither. In the first paragraph of the first chapter, he tells us that ‘during the 20th century the global elites in New York, London, Berlin and Moscow formulated three grand stories that claimed to explain the whole past and to predict the future of the entire world: the fascist story, the communist story, and the liberal story’. First fascism collapsed, then communism, and now, ‘people all over the world have become increasingly disillusioned with the liberal story’. This is admirably clear and far-reaching, but isn’t it also babyishly simplistic? At times, you have to remind yourself that it is the entire world he is talking about, in all its complexity, and not just Teletubbyland.

The second chapter is called ‘Work’. ‘We have no idea what the job market will look like in 2050,’ it begins. But this doesn’t stop him from coming up with ideas galore. Artificial Intelligence will, he says, be ‘a real game changer’, and he is soon busy speculating about a future full of self-driving vehicles, AI doctors, and even algorithms slotted into your ears designed to produce ‘personalised melodies, which you alone in the entire universe would appreciate’. He even suggests that, in future, humans might become economically irrelevant. ‘Theoretically, you can have an economy in which a mining corporation produces and sells iron to a robotics corporation, the robotics corporation produces and sells robots to the mining corporation, which mines more iron, which is used to produce more robots, and so on.’

So much for this book being only about the here and now! As it goes on, Harari becomes increasingly Mystic Meg-ish, peppering each chapter with lots of ‘mights’ and ‘coulds’, until by page 263 he is boldly announcing that ‘by 2048, people might have to cope with migrations to cyberspace, with fluid gender identities, and with new sensory experiences generated by computer implants’. 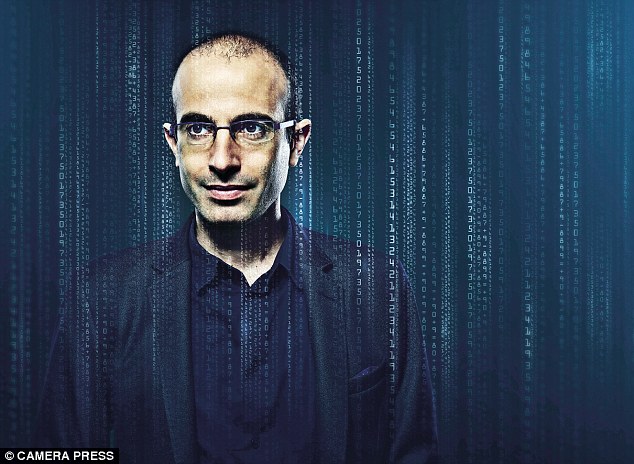 Yuval Noah Harari (above) writes his predictions for the world over the next few decades, writing that by 2048 people may have to deal with migrations to cyberspace

Or they might not. The trouble with all such predictions is that, more often than not, time renders them nonsensical. History teaches us that the certainty with which a prediction is made stands in inverse proportion to the likelihood of it coming to pass.

In 1981, the number one bestseller in the USA was The Book Of Predictions, in which leading experts predicted what would happen over the coming decades. Now that this future has passed, we are able to see how totally off-target their predictions were. A foreign policy analyst for the CIA predicted that, by 1983, the Soviet Union would have destroyed the US economy, and would be ruling most of the world. A research chief at the Aerojet General Corporation predicted that ‘by 2000, 50,000 people will be living and working in space’. Philip K Dick, the science fiction writer most commonly credited with visionary foresight, was sure that by 1997 there would be human colonies on the Moon and on Mars, and that, in 2000, ‘an alien virus, brought back by an interplanetary ship, will decimate the population of the Earth, but leave the colonies on the Moon and Mars intact’.

So much for the future. What of Harari’s command of the present? He writes with such boundless and beguiling self-confidence that it is easy to be carried along on the slipstream of his certainty. But, every now and then, he makes a know-all assertion that suggests he knows rather less than he thinks.

For instance, halfway through, he confidently declares that, in Northern Ireland, ‘what seems at first sight to have been a theological conflict about the nature of Christ was in fact a typical struggle between haves and have-nots’. He doesn’t mention – perhaps he doesn’t know, as he lives in Israel – that it was at heart a battle between Republicans and Loyalists.

At another point, he writes that ‘traditional Christian art tended to depict Satan as a gorgeous hunk’. But this simply isn’t true. In the words of a friend of mine who is a distinguished Professor of Renaissance Art, Satan was invariably depicted as ‘a devil-like figure who devoured people through his mouth and excreted them again via his anus’. 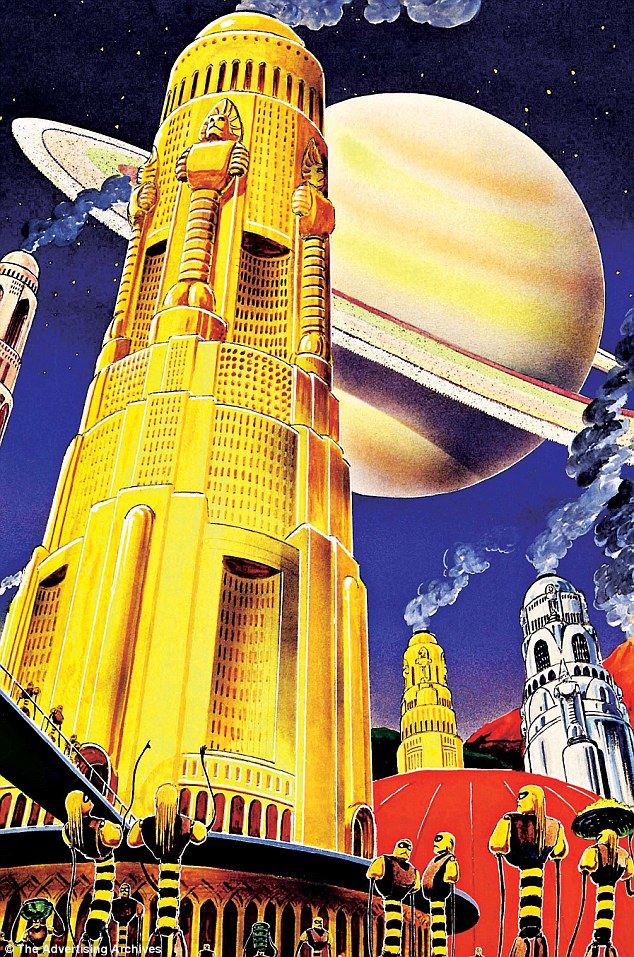 Harari writes on the issue of religion, making a case for the theological arguments over the nature of Christ being between haves and have-nots in Northern Ireland

When Harari comes to write about terrorism, his thesis is that it is given undue attention, and its effects are more theatrical than substantial. To support his argument, he asks why 9/11 is remembered for the attack on the World Trade Center, and not for the attack on the Pentagon. His conclusion? ‘It is because the Pentagon is a relatively flat and unassuming building, whereas the World Trade Center was a tall phallic totem whose collapse made an immense audiovisual effect. Nobody who saw the images of its collapse could ever forget them. Because we intuitively understand that terrorism is theatre, we judge it by its emotional rather than material impact.’

Oh, yes? 2,753 people were killed in the World Trade Center compared to 184 in the Pentagon. That is primarily why we remember it better. It’s absurd to think the difference is purely theatrical.

In attempting to beetle his way through every important topic in the world (‘on the one hand… on the other hand…’), and all in the space of 300-odd pages, Harari grows increasingly glib, his book a Stars-on-45 medley of alarmist generalisations and soppy banalities. Though he positions himself as a sage who is able to take the long-term overview, he is usually as panicky and short-termist as a sozzled caller on a late-night phone-in. ‘The EU is teetering on the verge of disintegration,’ he announces, and you half expect someone on the radio switchboard to butt in saying: ‘Just putting you through to Nigel Farage.’

Overstatement piles up on overstatement. ‘Already today we are becoming tiny chips inside a data-processing system that nobody really understands,’ he says. But is this true? Am I? Are you? Is Harari? Personally, I don’t know anyone who sees themselves as a tiny chip inside a data-processing system, but Harari writes with such a sense of urgency that you can read a whole string of sentences of that sort before you think of pausing to question their accuracy.

A close reading of 21 Lessons reveals that it is, in fact, not so much a unified book as a disguised and elongated collection of random articles, reprinted from various different magazines and newspapers. This explains why, for instance, a detailed section on the historic limitations of Judaism pops up out of nowhere, with little relation to anything else under discussion: turn to the notes in the back, and it turns out it was originally printed under the title ‘Judaism Is Not A Major Player In The History Of Mankind’ in an Israeli newspaper called Haaretz. To his 21 Lessons, perhaps Harari should now consider adding a 22nd: ‘Before writing a book, first check that you have something to say.’