40ft sperm whale dies after washing up on a Scottish beach

A 40ft sperm whale has died after it was washed up on a beach despite a huge rescue mission being launched to save its life.

The giant mammal was spotted by a dog walker after it became stranded o a stretch of shoreline near Monifieth in Scotland.

The British Divers Marine Life Rescue team was scrambled to the area when the sighting was made at 3pm yesterday, but by the time they arrived the whale had died.

Drone footage of the whale showed its body lying on its side in in shallow water off the beach on the north bank of the Firth of Tay on the east coast. 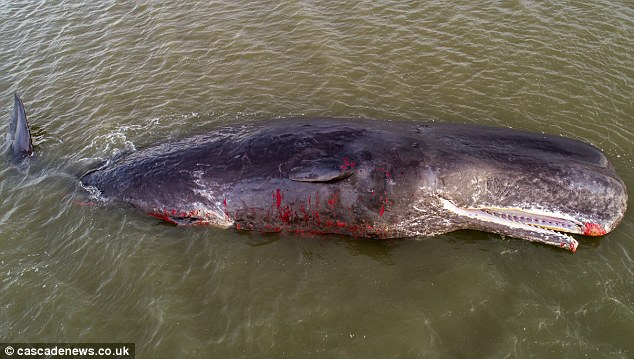 Visitors have been warned to avoid the area between Monifieth and Barry Buddon, Angus, because it is now classed as a biohazard.

Experts said it was unusual to see sperm whales of this size – it is the average for an adult – come so close to shore.

They said normally they would pass by in deeper waters and avoid shallower depths. It is unclear how the whale ended up so close to shore.

Teams were out in pitch darkness last night to try and secure the site, warning members of the public to stay away for their own safety. 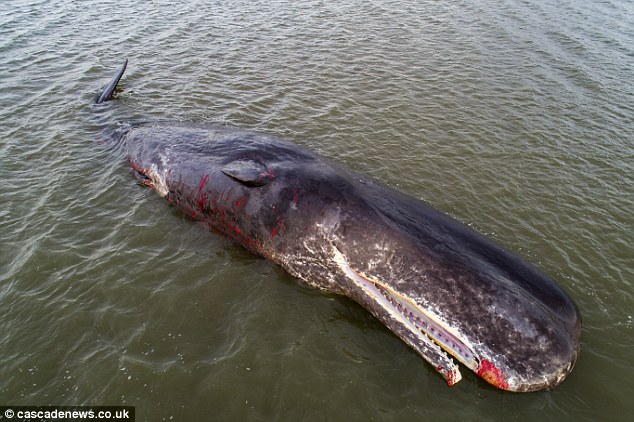 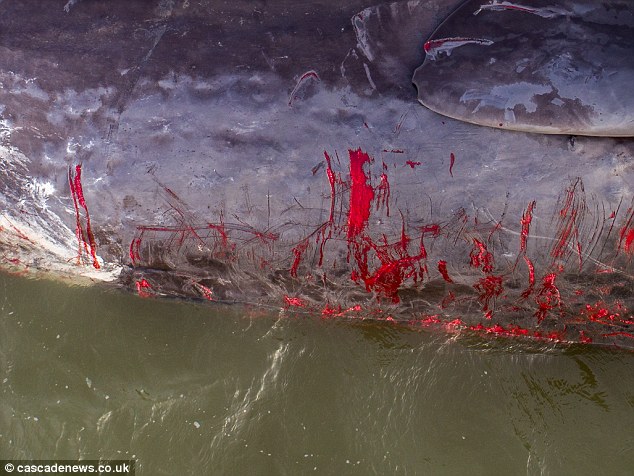 Paul Smith, the BDMLR’s local coordinator, revealed that an initial sighting was made by a dog walker around 3pm.

He said: ‘It wasn’t notified until later on but we’ve obviously responded with our team and we’ve found it subsequently dead.

‘We’re just doing a search at the minute of the beach to see if it is just the one animal.

‘We’re keeping an open mind but at the minute it’s confirmed as one.’

Whales are regularly spotted in the waters off the east coast, but Mr Smith admitted it was not a usual occurrence to spot a whale of this size in the Tay.

‘We get a lot of animals and there are a lot of whales traversing all these waters and migration routes,’ he added.

‘But it is uncommon to get big whales visiting the Tay like this – they’ll pass by certainly but it’s not very often they come in. 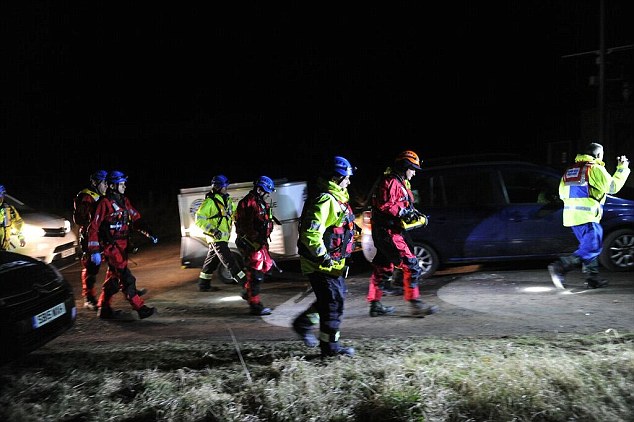 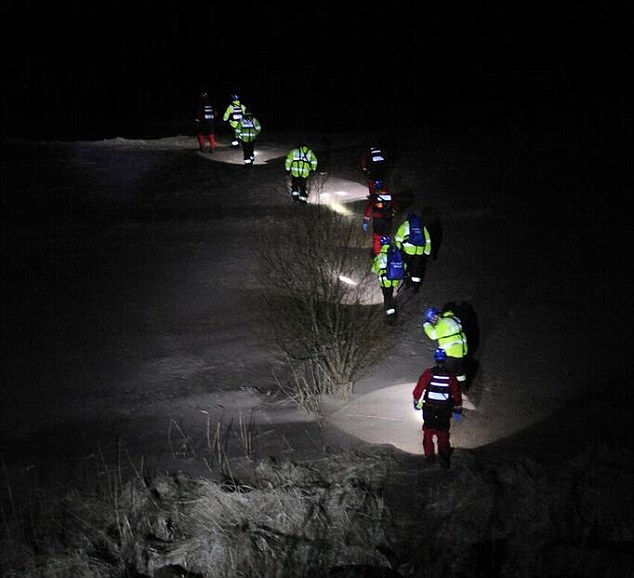 They began the rescue operation in darkness but when crews arrived, the sperm whale had died

‘The problem with sperm whales is that it’s the wrong species in the wrong area.

‘They don’t do well on the east coast.

‘They should be on the west coast and there’s nothing out there for them to eat, so it’s more than likely it has suffered dehydration or starvation and has succumbed. It could also be ill, but we don’t know until we do a postmortem.’

‘We don’t want anybody down there because this is now a biohazard,’ he said.

‘It’s going to start deteriorating – you can get a lot of nasty diseases from these animals so we don’t want anybody down there.’