A luxury superyacht has sailed into the Thames and moored next to the warship HMS Belfast near Tower Bridge.

The $40 million vessel, the Ocean Dreamwalker III, has been photographed with a helicopter on the helipad at the stern of the yacht.

It is believed that this is the first time a superyacht has visited the capital with a helicopter onboard.

Ocean Dreamwalker III, completed in 2018, is worth $40m and weighs 500 tonnes, but is dwarfed in the Thames by light cruiser the HMS Belfast 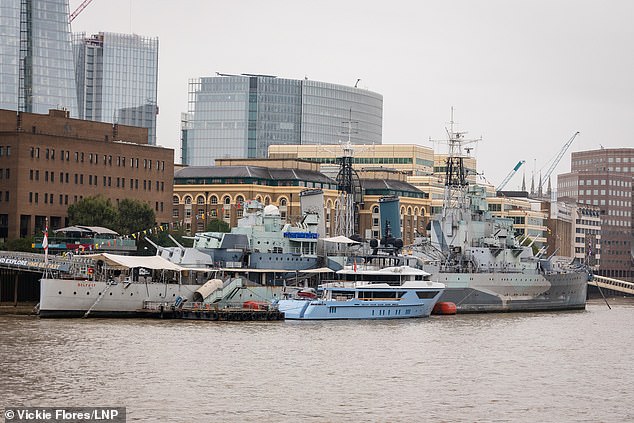 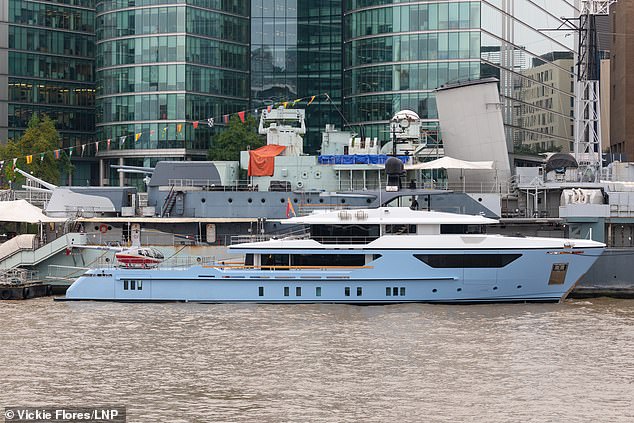 Hong Kong-based owner Deng Zhonghan is the founder of microchip manufacturer the Vimicro Corporation and has an estimated net worth in the region of $500m. 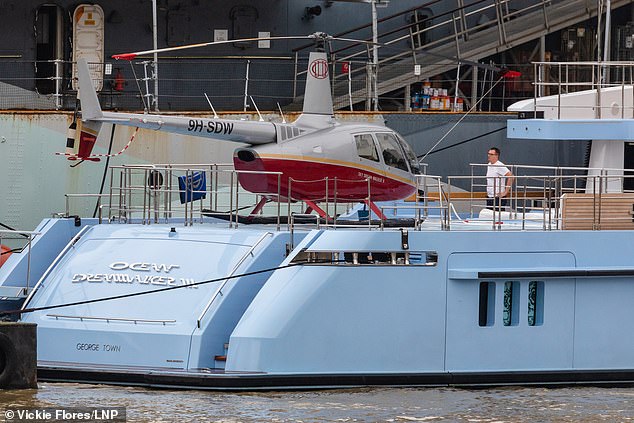 The 154ft expedition motor yacht was built by Sanlorenzo in Italy at their Viareggio shipyard and was delivered to her owner, believed to be Chinese tech tycoon Deng Zhonghan, in 2018.

Inside the boat can sleep up to 10 guests overnight in five luxurious cabins, in addition to eight crew in their own quarters.

The hull is steel and aluminium and the decks are made from teak.

Powered by huge 1,360hp diesel engines and propelled by twin screw propellers the ship can reach speed of 16 knots, and comfortably cruises at 11 knots.

Luxury features on the $40million yacht are believed to include – in addition to the helipad – an on-deck jacuzzi and a swimming pool.

Hong Kong-based owner Deng Zhonghan is the founder of Vimicro Corporation and has an estimated net worth in the region of $500m.

The company specializes in research and development, and produces multimedia processors for personal computers and mobile phones.