A final with no villains: It’s a final full of good guys but Jurgen Klopp knows this is his moment

What if the townsfolk, the trembling bystanders, could see both sides as the clock ticked towards a fateful destiny and facing Gary Cooper, was not some black-hatted, vicious, murderous outlaw, but a decent man, just like him. Rather spoils the script, doesn’t it?

Welcome to Madrid. Welcome to the 2019 Champions League final. 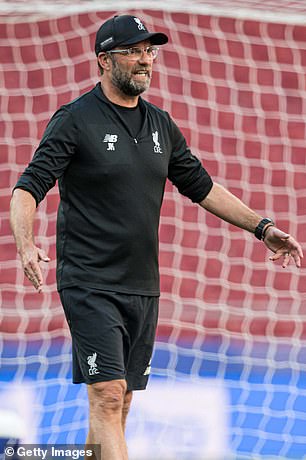 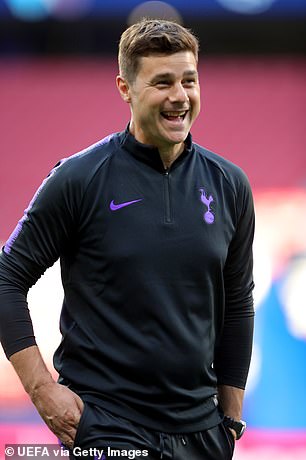 Seriously, where is Sergio Ramos when you need him? Where are the petrodollars, or Russian oligarchs, or that gentleman from Juventus who thinks just because he inherited the family business, his football club should get to inherit all of football’s power, prestige and resources forevermore, too?

Plainly, the followers of Tottenham and Liverpool have a preference.

Almost certainly, the embittered devotees of Manchester United, Everton and Arsenal will pick sides too. Yet the rest of us, the majority who will watch on Saturday night without skin in this game, will experience the strangest sensation: an absence of partisan emotion, maybe the odd sloppy grin.

Not born of apathy, for that is very different. Everyone is looking forward to this occasion, everyone is excited by the possibilities. But they are not angry about it. They are not wound up. They genuinely want the best team to win. And they like both teams.

They like both managers. They like both groups of players. They seem a hard-working lot. Not too many superstars. Andy Robertson, Harry Kane, Jordan Henderson, Harry Winks, Trent Alexander-Arnold, Son Heung-min, Danny Rose, Mo Salah. Players that have pulled themselves up by the bootstraps. And they play good football, too, all of them.

They deserve this – both sides. But we know there cannot be an entirely happy ending. At the conclusion, one of the teams will have to hear that crass chorus of ‘no time for losers’, and know it is sneering at them. It is going to be very hard to take.

For Jurgen Klopp, and Liverpool, in particular if things do not go their way. His list of disappointments in finals can be overplayed, but it is impossible to ignore that 26 points separated these teams in the league this season, no matter the closeness of their encounters, head-to-head.

This is a game Klopp should win, which is what sets it apart from his previous showdowns. 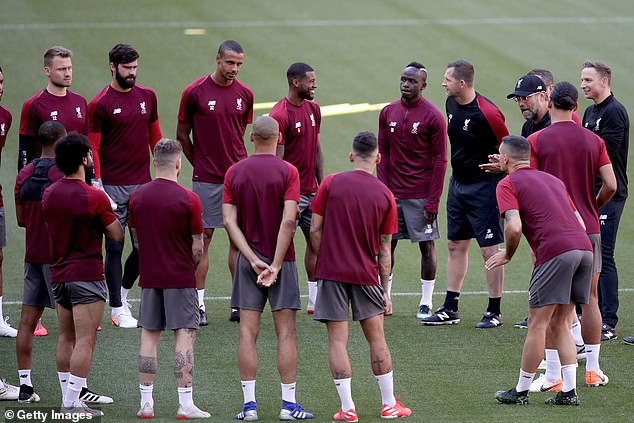 Klopp will know that despite close encounters with Tottenham, Liverpool should win the game

Yet, in his defence, he was always the underdog. Had Dortmund overcome a Bayern Munich team at its peak, domestically or in the Champions League final, it would have been an exceptional achievement.

The same when Liverpool faced Manchester City, four months after Klopp took charge from Brendan Rodgers, or when he took on a Sevilla team going for its third straight Europa League title, or Real Madrid aiming for the same in the Champions League. Even in the German Cup final in 2015 when he met Wolfsburg, his opponents were Bundesliga runners-up.

These were all games in which Klopp needed to overcome the odds. Despite his protestations – and what manager does not try to lift pressure from his team – it is different on Saturday. Liverpool are favourites. Klopp has played Tottenham nine times since coming to England and lost once.

Four wins and four draws, including all six points this season, suggest he has the edge. Lose and the stigma of missed opportunity will be hard to avoid. Klopp knows it, knows what will be said if he remains without a trophy as Liverpool manager. He knows what is being said now.

‘I see where this is going,’ he murmured, when asked what he had learned from previous negative final experiences. ‘Look, if I was the reason for losing six finals in a row, then everyone needs to worry – but if that’s not the case, then we have a chance.

‘What did I learn from last year? That a bicycle kick from 18 metres can be a goal. From the other finals, nothing really. The circumstances are always different. We had three strange goals against Madrid a year ago: the goal of the season and two others that we don’t usually concede. 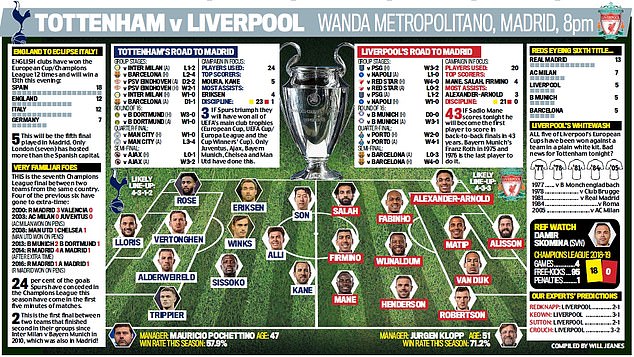 ‘But we’ve learned a lot in three years together – not from just one game. We’re much more mature, we have players like Trent Alexander-Arnold experiencing different situations, with 50 more games in his legs. We were surprised to be in the final a year ago, because we weren’t as consistent as we are now — but our speed, our technical skills, they are all still there from last year.’

‘Since 2012, apart from 2017 I have been every year in a final – I am probably the world record holder in winning semi-finals. If I would write a book about doing that, well, probably no one would buy it. But I am a normal human being, so if I sit down in a room and think it’s all about me, I’m the reason we have lost finals, then I would see myself as a loser and that would be a problem. The rest, all of that about winning and losing, is for the outside world. If we win, you will think afterwards that I am a winner.

‘We won those games, we won a lot of games, in the Champions League, too. So, yes, in finals there are moments that are lucky and unlucky, and in the last two Champions League finals I’ve not been on the lucky side, that’s true.

‘But how I understand luck is that if you work for it, you have it sometimes. Not always. But it’s not an unlucky career. I’m fine, could have been better, could have been worse. And it’s not over yet, so there’s time.’ 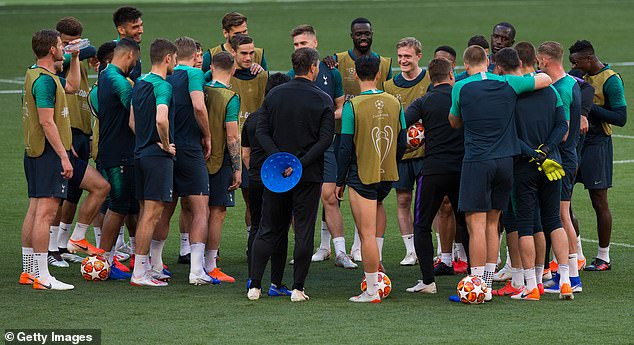 Mauricio Pochettino arguably has the opposite problem, hoping that en route to Madrid his Tottenham side did not use every available drop of good fortune, crossing the path of every black cat to reach here.

Not that Spurs are purely lucky finalists – they are a good side – more that crucial late goals against PSV Eindhoven, Inter Milan, Barcelona, Ajax, not to mention the one conceded to City that was ruled out by the tiniest of margins — represent a sequence unlikely to be repeated.

Earlier, Klopp had described Pochettino sincerely as ‘a nice fella’. He talked of a positive final between two ‘proper football teams’. ‘It’ll be a proper game I’m sure,’ he added. ‘It’s a real football final and now we both have to deal with that because it’s very intense.’

Indeed it is. But so was High Noon. At least when Hollywood wrote the scripts you knew who to root for, and who the hero was. Pick the bones out of this one.