A 91-year-old, former maximum security prison outside Washington, DC, is being turned into a suburban village called ‘Liberty.’

Lorton Reformatory, in Lorton, Virginia, originally got it start as a workhouse and later hosted suffragists who were tortured and abused during the ‘Night of Terror.’

The facility went on to become one of the most violent and overcrowded prisons in the US.

But, when Lorton was permanently closed in 2001, the outdated facility was sold to Fairfax County, which is now giving it a makeover as a sleek, suburban development, including 157 urban townhouses, 24 single-family detached homes, apartments, recreational facilities and commercial spaces.

Former maximum security prison Lorton Reformatory was shuttered in 2001 and has since been turned into a suburban village with single-family houses, apartments and recreation spaces 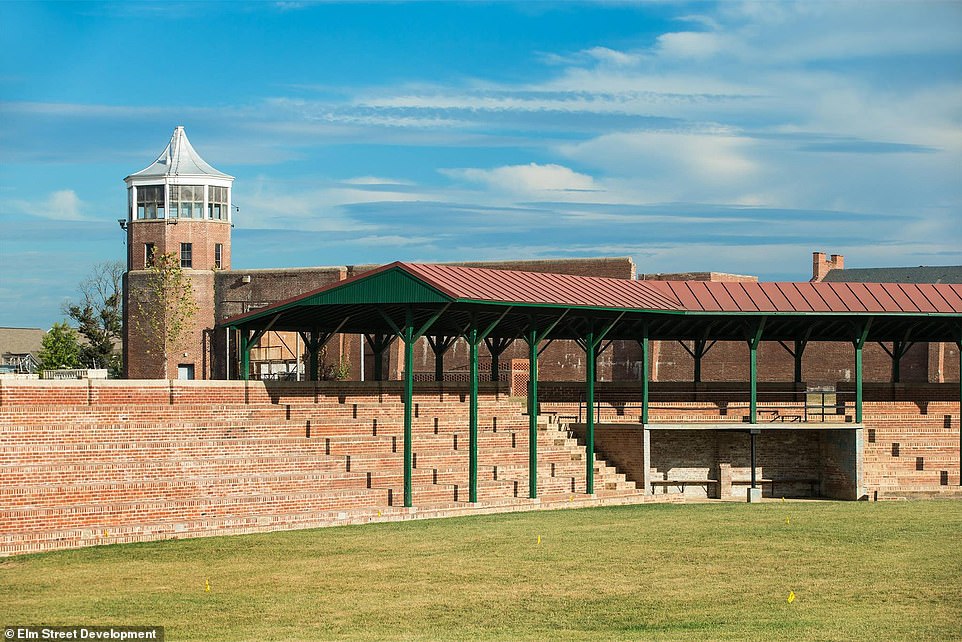 The revamped grounds of the Liberty Crest Apartments, built on the site of Lorton’s medium-security prison dormitories 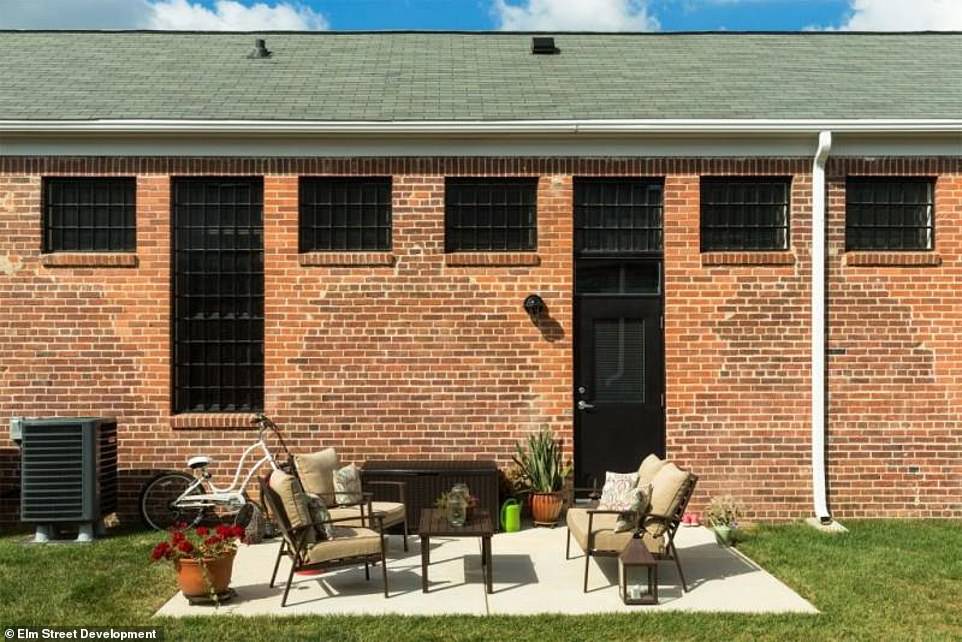 Stark prison building exteriors were kept while renovating them into apartments which rent for upward of $1,700 per month

The majority of the homes in the first phase of development have already sold, leading to 2019 community events including goat yoga, bunny meditation, fun runs and children-themed movie nights.

The maximum-security wing – nicknamed ‘House of Pain’ – is being turned into a shopping center and the cafeteria has been converted into a gym.

The prison’s ‘Central’ medium-security area – now known as Liberty Crest – have been transformed into apartments, with one-bedroom rentals starting at $1,700 a month. They are almost all leased now, according to the Washingtonian.

Rather than erase all traces of the prison, Elm Street Development embraced them, naming Liberty village’s streets things like Reformatory Way and Sallyport Street, the latter of which plays off the name of prisons’ heavily-controlled entryway.

The village’s logo, meanwhile, is an artistic rendering of a close up of a guard tower. The guard towers themselves have been left standing two miles away from the main compound, too. 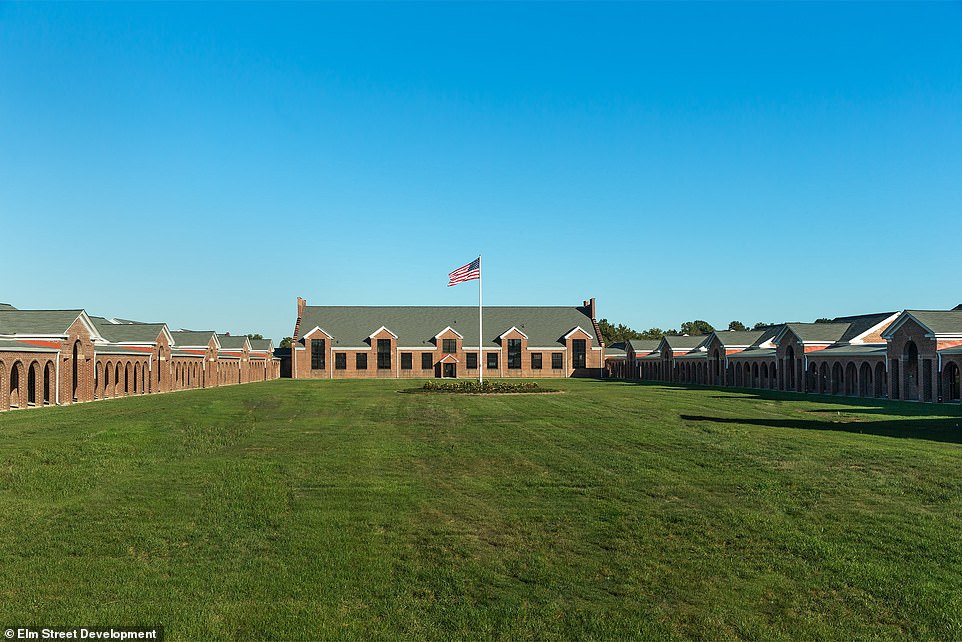 The apartment complex features a luscious grass yard in the middle of the former prison facility. Walkways lead to the homes 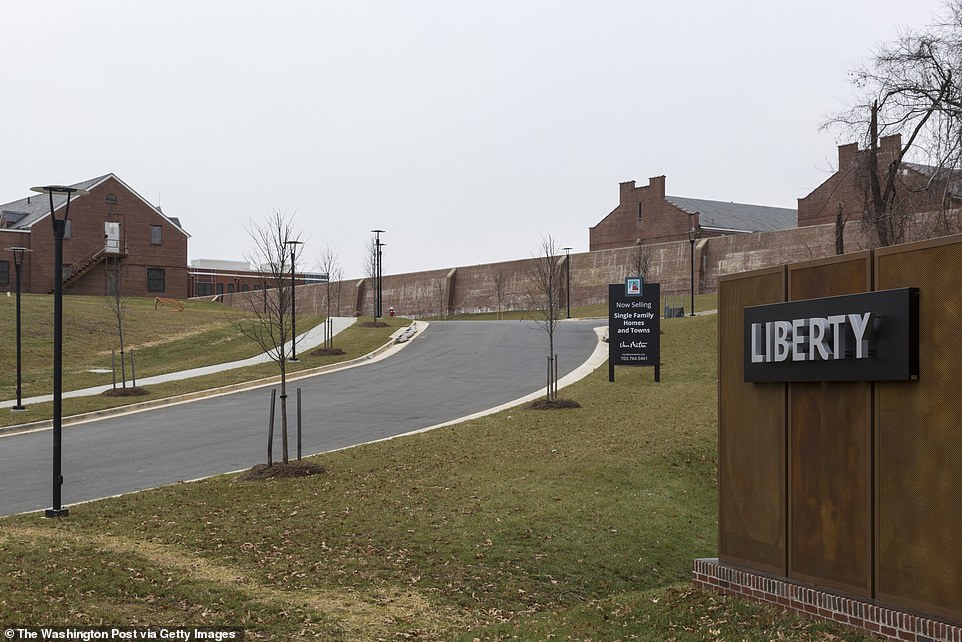 The entrance to Liberty. Streets have been given prison-themed names, including Sallyport Street and Reformatory Way 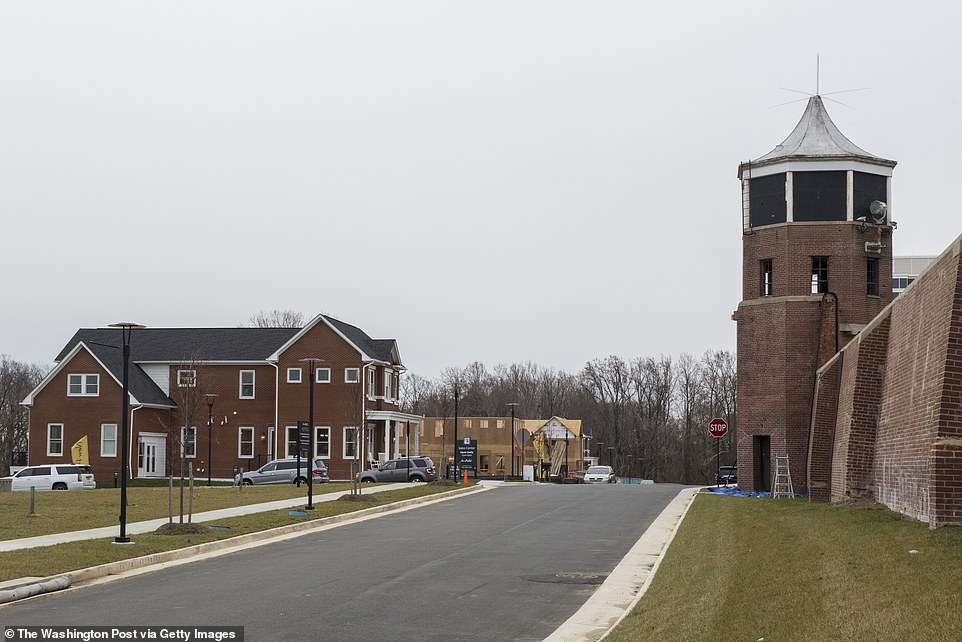 The prison’s guard towers were incorporated into the village’s design. Town houses and single-family homes were also built 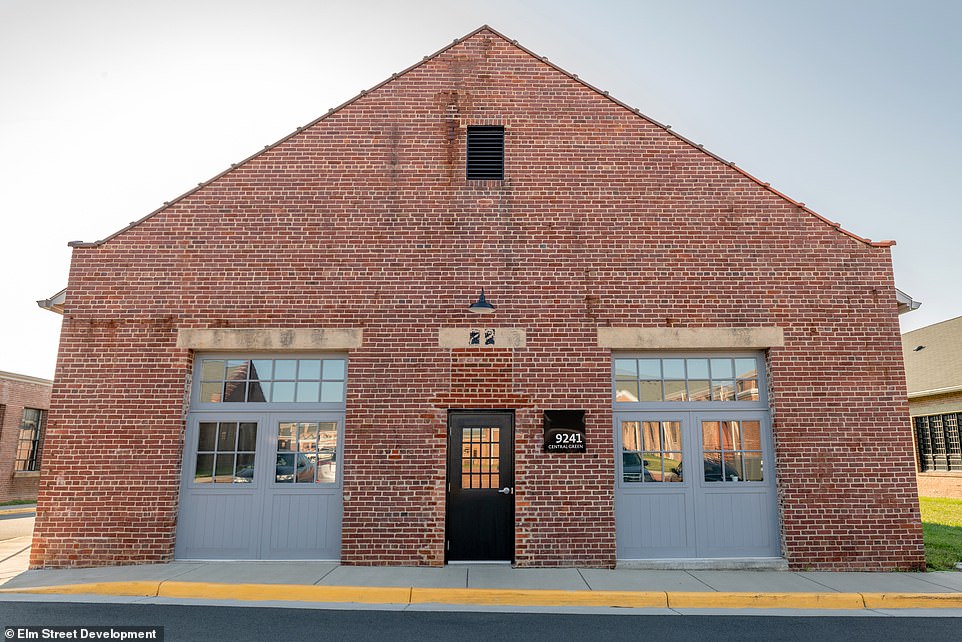 This former prison building holds two separate apartments. The prison’s cafeteria was renovated into a gym 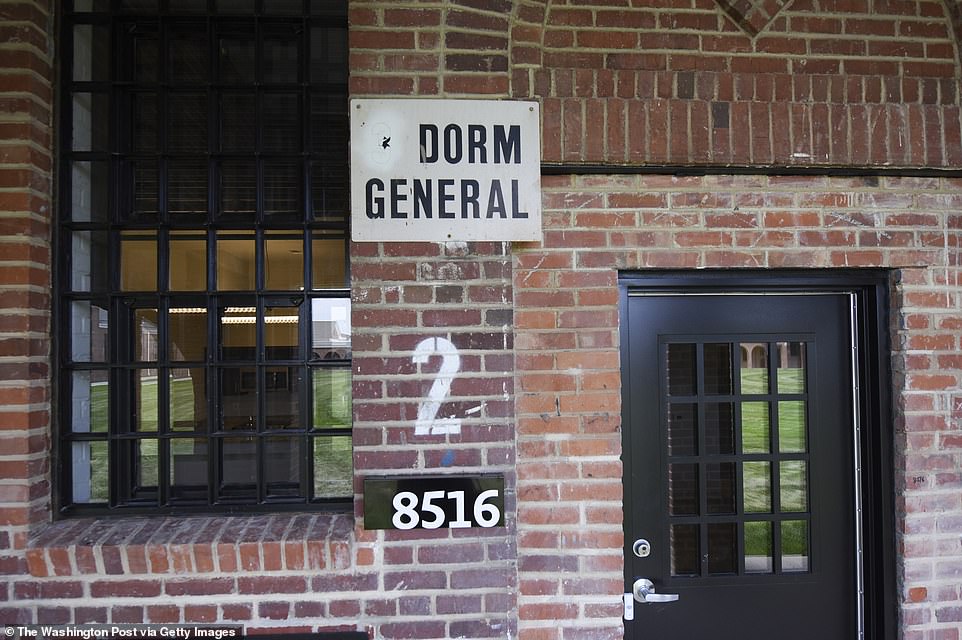 Gritty details that hark back to the site’s prison days were kept, including original prison signs like this one 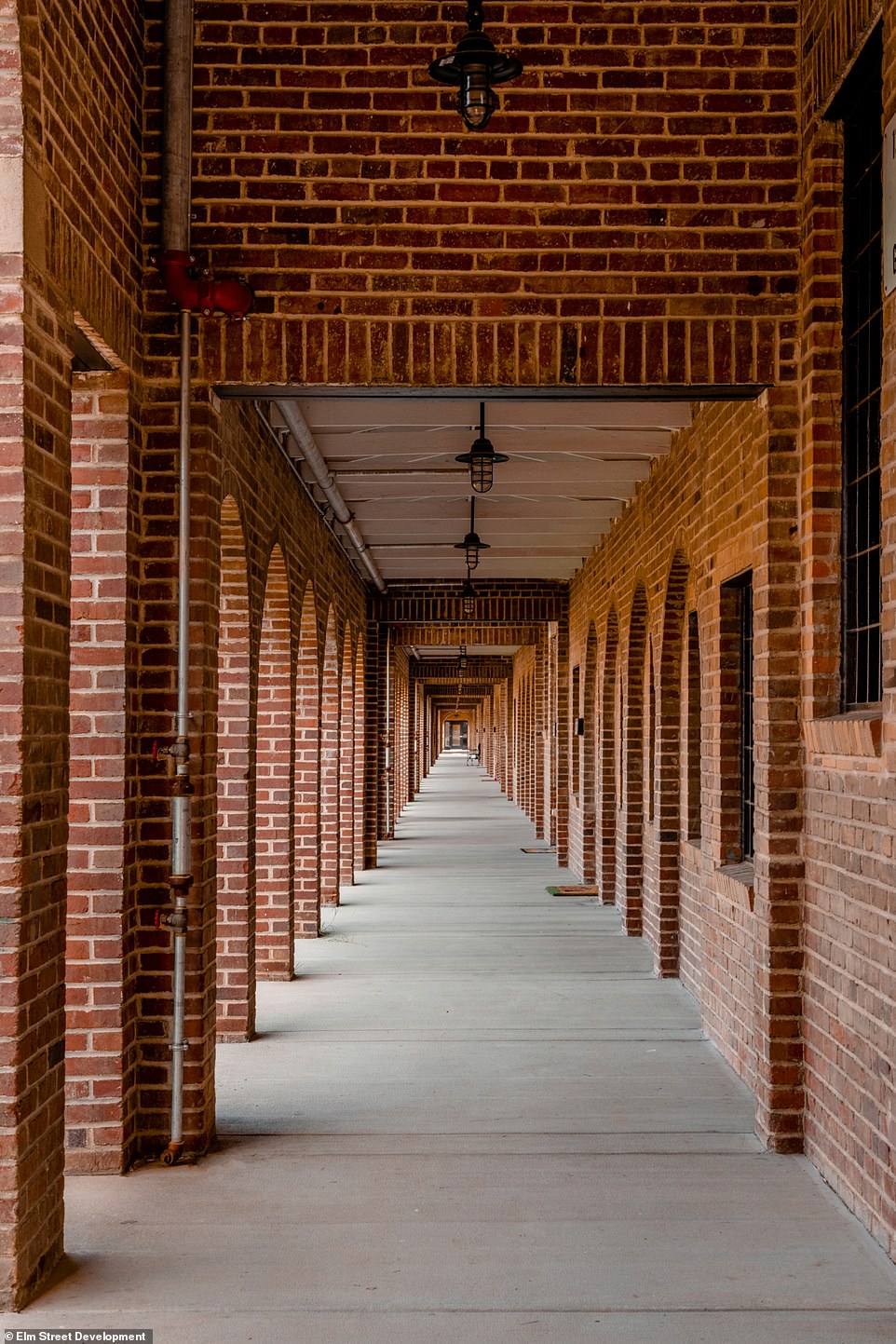 A walkway that connects the prison buildings-turned-apartments. The walkways were used by prisoners and guards 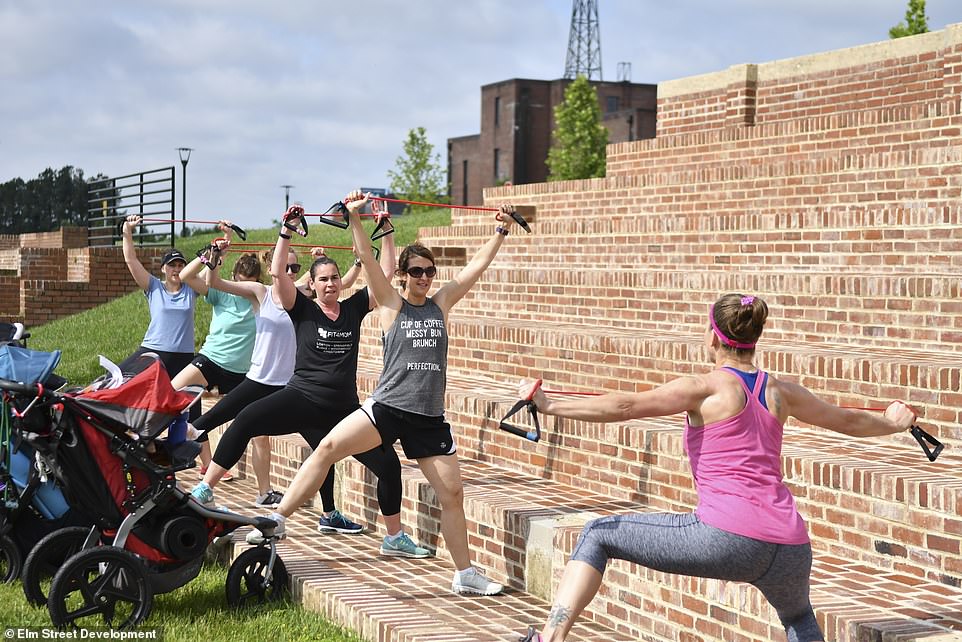 Liberty village residents are seen exercising on what had once been prison grounds. Goat yoga and bunny meditation are among the village’s group activities 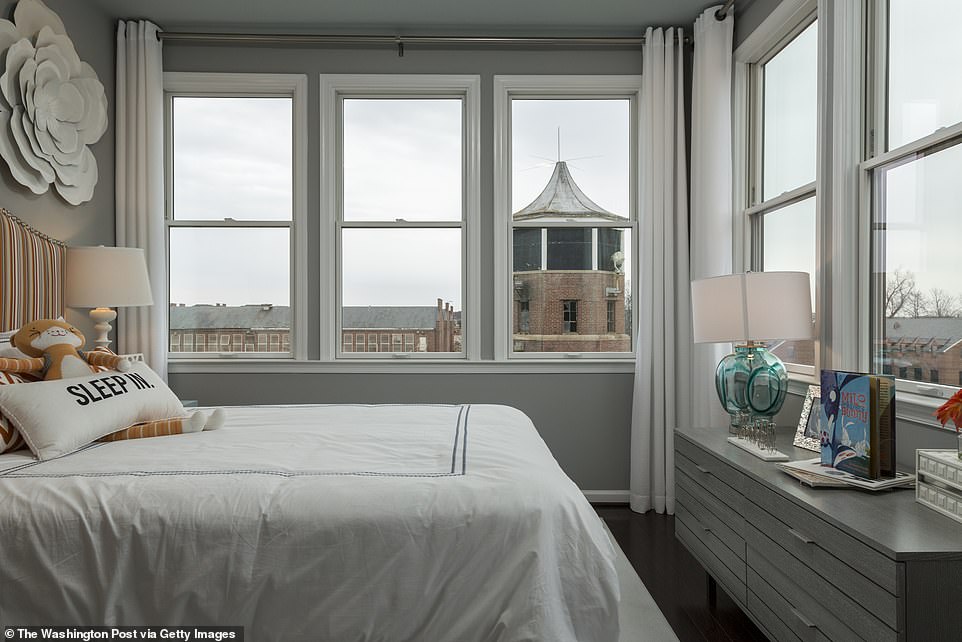 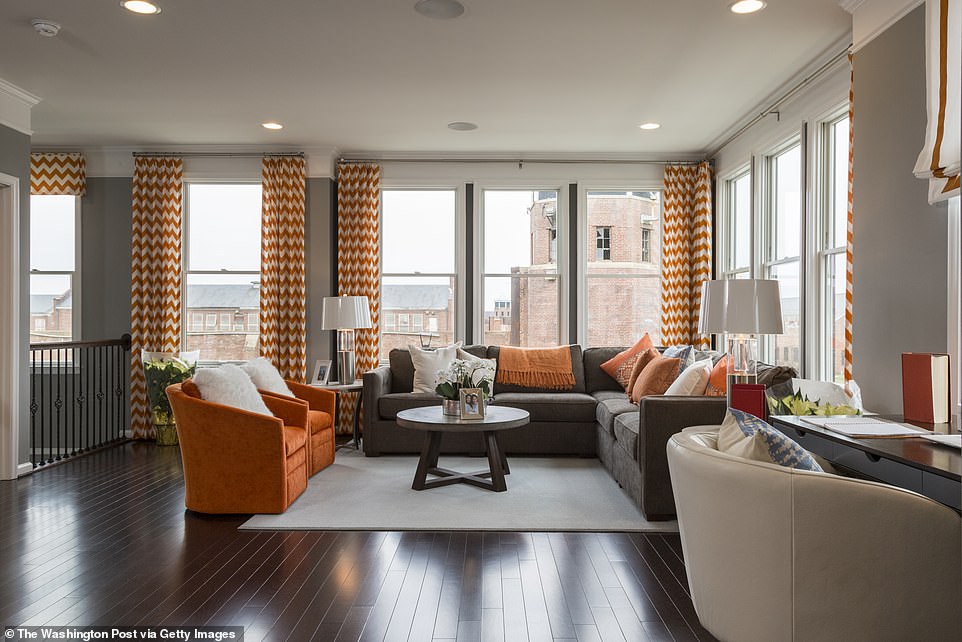 The guard tower can also be seen through living room window, adding an interesting view to the chic space 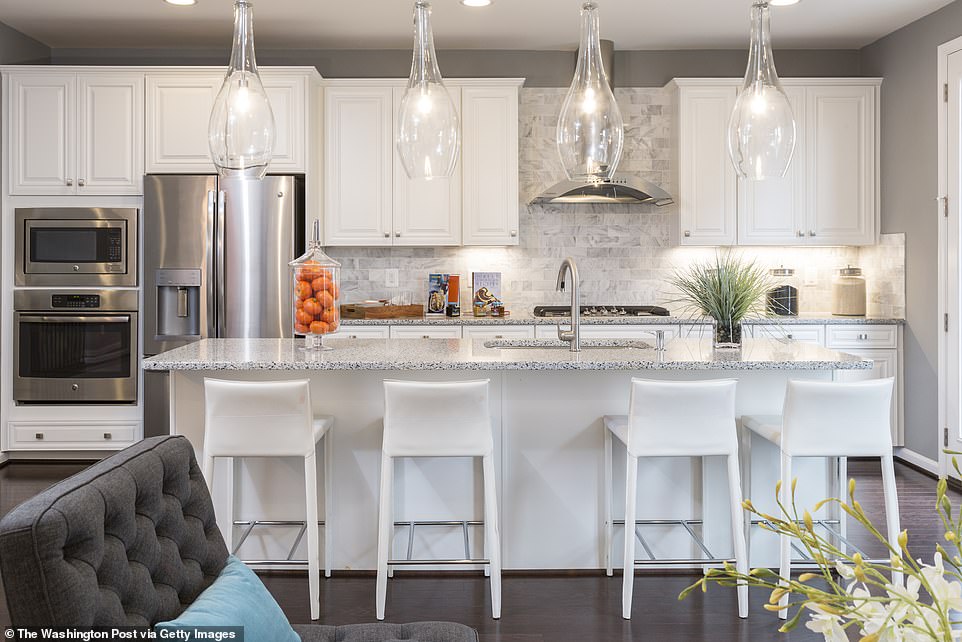 Grittier aspects were also kept, like the nicks in the Workhouse Arts Center’s cement floor, supposedly the result of prisoners sharpening shivs and bold signs posted above open-air walkways warning of disciplinary action against unauthorized visitors to dormitories and against unauthorized, general walkway use.

Liberty village also features the Lucy Burns Museum – located in former solitary confinement cells – which details the prison’s history, as well as its part in the women’s suffrage movement in the early 20th century.

Burns, a leader of the National Women’s Party, who led protests outside the White House, was jailed there at one point, along with other suffragists. On November 14, 1917 – the ‘Night of Terror’ – the suffragists, held at Lorton’s Occoquan Workhouse, were tortured, beaten and abused.

Other Lorton historical tidbits covered by the museum include the prison having been used to house emergency communications equipment in case of war with the former Soviet Union , as well as having played host to a Nike missile.

On a recent visit to the new Liberty development, filmmaker Karim Mowatt, who had been incarcerated on drug charges at Lorton in the 1990s, told the Washingtonian that the way the prison had been repurposed is ‘creative’ and ‘artistic.’

‘Because it’s easy to just knock it down and bulldoze it. But to actually leave it up like this, it’s a good history lesson,’ said Mowatt, who is working on a documentary about the prison. 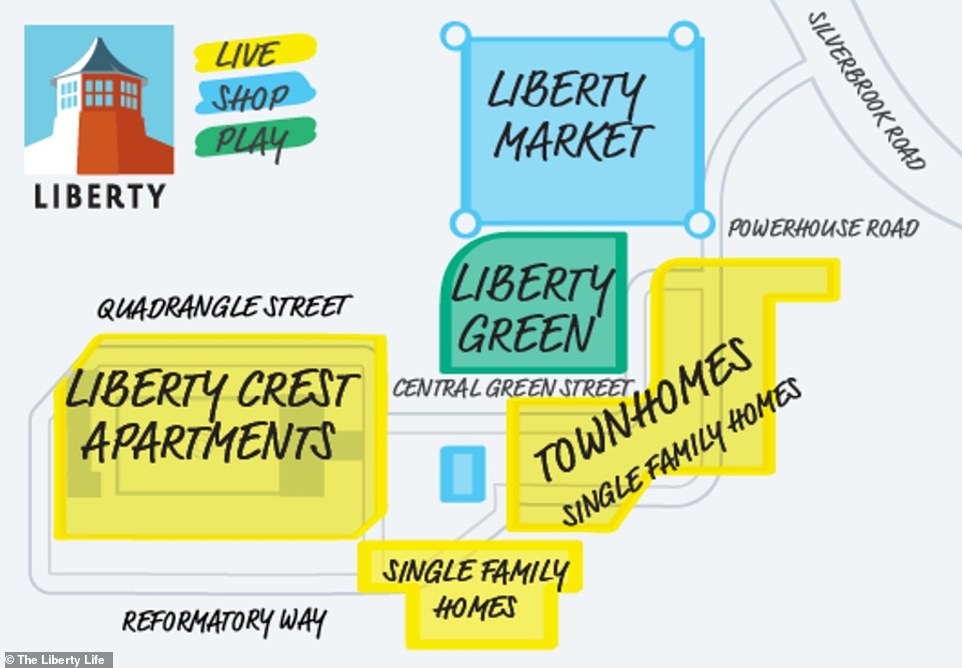 A map of Liberty village, showing how the prisons have been repurposed. The logo is a stylized prison guard tower 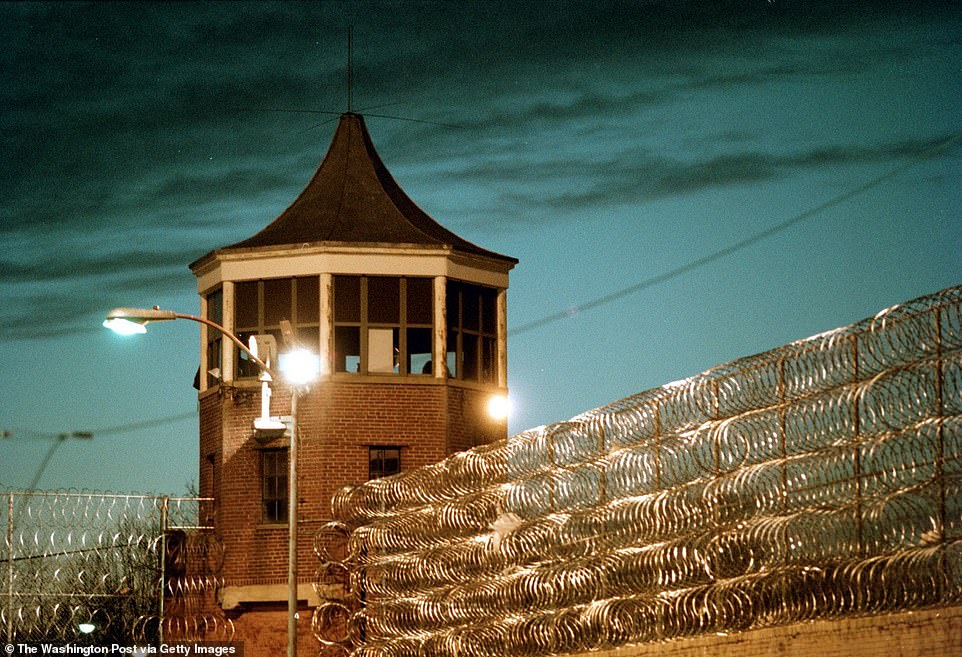 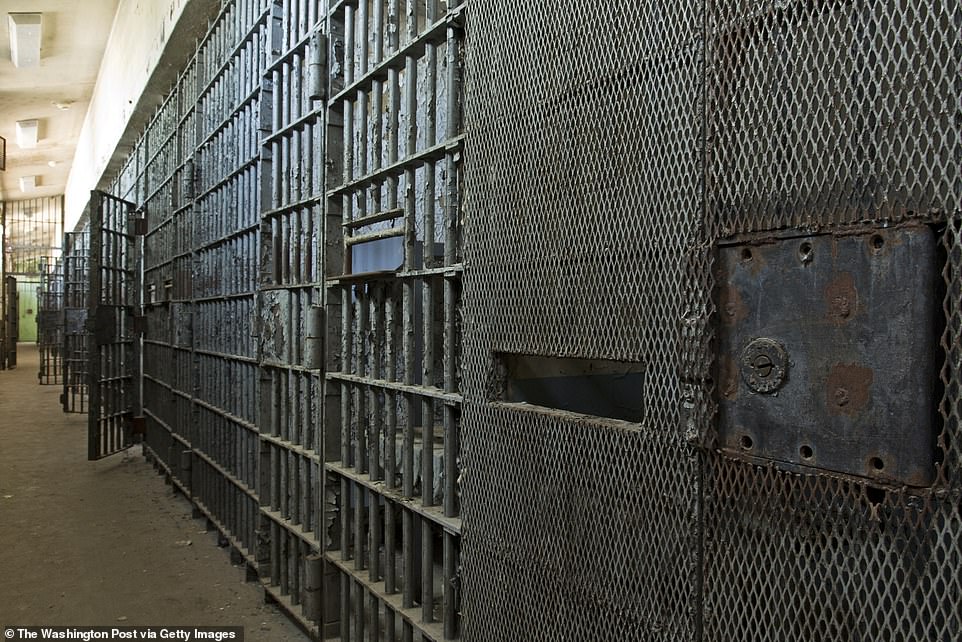 A view of Lorton’s maximum security cell building as it once stood. It is being renovated into a shopping center

Mowatt said that he considered moving to the village as a form of ‘poetic justice’ and to ‘come full circle,’ but ultimately decided not to after being shown the inside of one of the apartments.

‘It looks like a prison,’ Mowatt said. ‘It looks dull.’

Outside, however, Mowatt noted that there have been some changes for the better.

‘The walkways are still the exact same, but they’re not the same,’ he said of the walkways connecting the former prison buildings, adding that when he was locked up, the same walkways ‘used to be dirty with dried-up blood drops and a lot of cats.’

Mowatt said the walkways were a spot where inmates were known to stab each other as punishment for things like stealing someone’s food or kicking one of the prison cats.

‘Now you just see it’s quiet and peaceful, and you’re like, Look at this,’ he said.

Elm Street Development’s Jack Perkins told the Washingtonian that the village’s Liberty name was picked because it’s ‘Something the former residents of the reformatory aspired to’ and noted that ‘We didn’t want to totally strip the property of the little touches that let you know this was a place where people were incarcerated for 75 years.’

Perkins also said that the type of people who would want to live in the former prison ‘kind of self-select.’

The Lorton Reformatory grounds were put on the National Register of Historic Places in 2006, which provided tax credits for redeveloping the land.

Lorton being situated on the I-95 made it a convenient place for people to live when commuting to jobs in Washington, DC, or Northern Virginia’s booming tech space.