Keanu Calyon, 19, was a baby when he lost his right arm and parts of his left hand and both feet to chicken pox, but it has never stopped him from achieving his Paralympic dreams.

A complication when he contracted the disease at the age of three meant he had to be airlifted to Princess Margaret Hospital in Perth, where he had the extremities removed.

Growing up with a disability in the remote Western Australian community of Mulan, which has a population of 114 people, didn’t stop Keanu from playing football or his favourite running games with his friends.

In 2015, former Australian Paralympic basketballers Kathleen O’Kelly-Kennedy and Brad Ness noticed his potential when he got onto a running track for the first time.

Keanu Calyon, 19, lost several of his extremities to chickenpox at three years old, but it hasn’t stopped him from achieving his Paralympic dreams 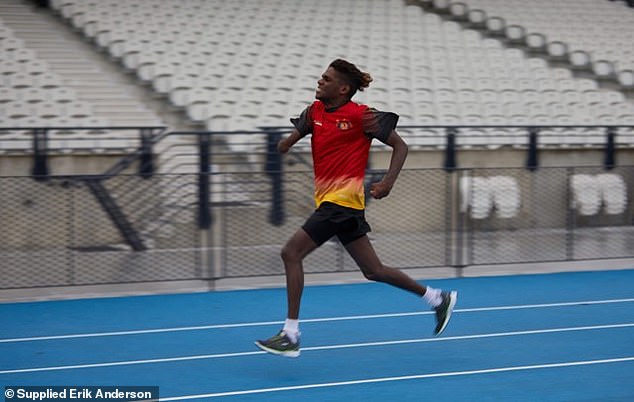 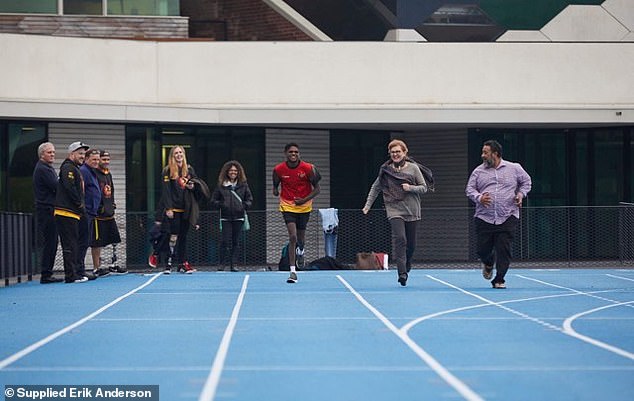 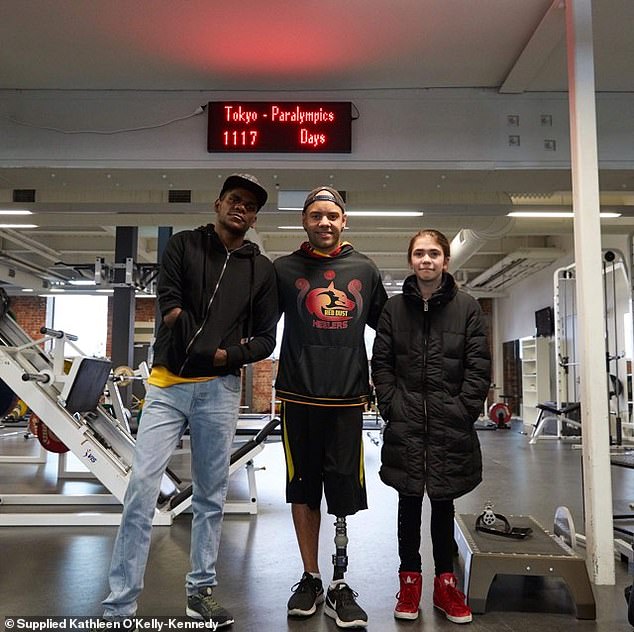 ‘When he ran for the first time he wasn’t far off the qualifying time [for the Paralympics],’ Ms O’Kelly-Kennedy said.

The paralympians taught Keanu the best way to race is to picture a killer at the end of the track.

The Red Dust Heelers, a community program in the National Wheelchair Basketball League, found out about Keanu after a social worker within the community emailed them, asking how they could help him get to the Paralympics. 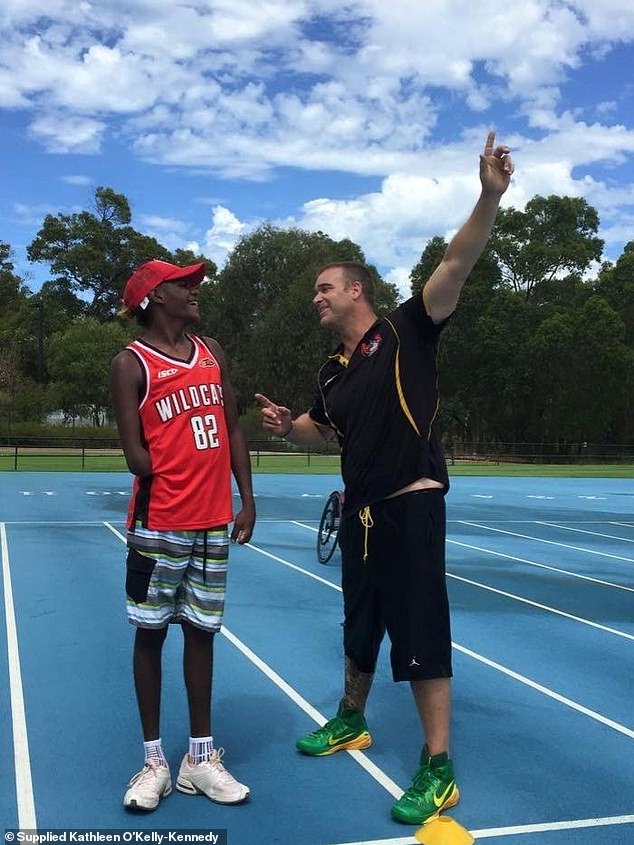 Keanu Calyon, 19, (pictured with Brad Ness) lost several of his extremities to chickenpox at three years old, but it hasn’t stopped him from achieving his Paralympic dreams

Inspired by his story, Kathleen O’Kelly-Kennedy was eager to help, understanding the importance of supporting Aboriginal and other communities in their dreams and aspirations.

‘It’s a way to use sport to start a conversation and get people thinking about what they can do.’

‘Disability doesn’t have to hold them back,’ Ms O’Kelly-Kennedy said. 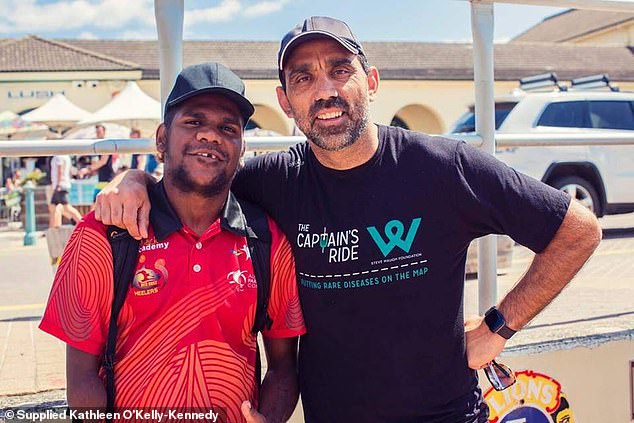 Keanu has continued his training at home, running around the community and even to the airport and back.

‘He is literally running on red dust. His social work Tika Makisi uses baking flour so he can run between the lines,’ Ms O’Kelly-Kennedy explained.

He still has a long way to go but he is constantly training and ‘has got the personality.’

A GoFundMe page has also been set up by Ms O’Kelly-Kennedy to relocate him to Perth so he can receive the coaching and training required. 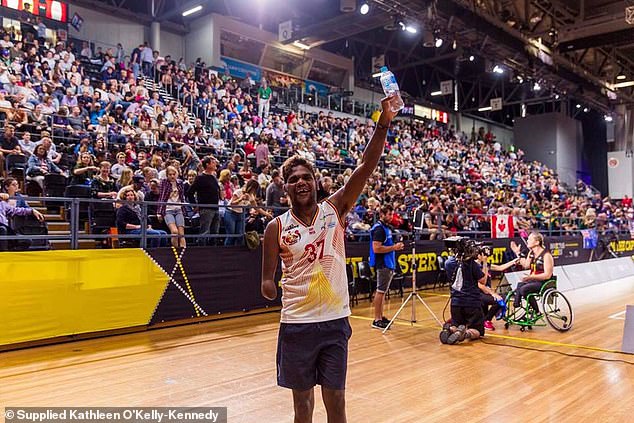