Woman who nearly killed her stepdaughter, 5, and sexually abused her could serve just 12 months jail after being supported in court by one of Australia’s richest families

An Aboriginal woman who brutally bashed and sexually penetrated her stepdaughter could walk free after just 12 months behind bars.

The 23-year-old, who can’t be named for legal reasons, bashed the five-year-old so severely she suffered life-threatening lacerations to her liver and pancreas.

The girl was covered in bruises and suffered extensive injuries to her genital area from the assault that unfolded on October 18, 2017 in country Victoria.

She spent three weeks at the Royal Children’s Hospital, including several days in the paediatric intensive care unit.

During a police interview, the then-21-year-old woman claimed her stepdaughter had fallen off play equipment (stock)

During a police interview, the then 21-year-old woman claimed her stepdaughter had fallen off play equipment.

Police bugged her boyfriend’s home and heard her admit that she almost killed her stepdaughter, but she couldn’t explain why she had sexually assaulted her.

The court heard the woman, who was born in a remote community in Western Australia and moved to Bendigo in her teens, had a rough upbringing.

While living in a rural WA town for 12 years, she was ‘marred by violence, sexual violence, poverty and to some extent, depravity,’ according to her barrister Ian Hill, QC.

But the victim’s grandmother said the psychological impact the assault had on the child was hardly acknowledged during the court hearing.

‘There will be no justice for my granddaughter within the legal system. She was barely mentioned and little regard for her present and future suffering was given any thoughtful weighting in the sentencing,’ the grandmother told The Age.

‘The hearing was hijacked by the defence’s army of lawyers. I felt powerless and sickened in the face of the money, power and prestige,’ she said.

The woman was able to access a first class legal team through her friendship with one of Victoria’s richest families.

The woman met the family in remote WA when she was a child and they lived there.

The family, who have a net worth of around $700million, hired Mr Hill as well as Marcus Dempsey.

In addition to the best lawyers, the family also hired a team of psychologists, counsellors, an expert witness – and provided glowing character references.

County Court Judge Allen said ‘unique, exceptional and compelling circumstances’ prompted him to sentence the woman to a non-parole period of 12 months, with a maximum sentence of four years. 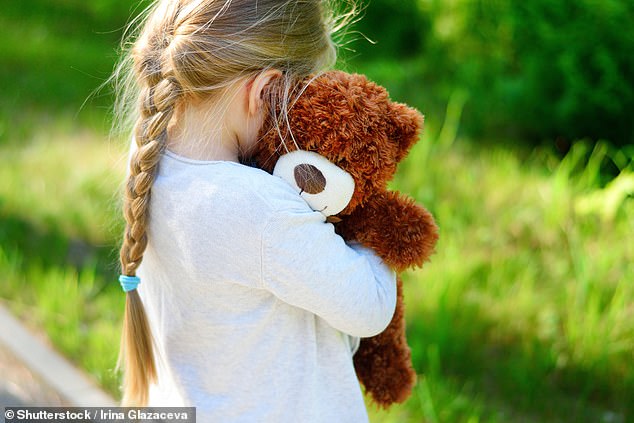