The sister of jailed Adam Johnson says she ‘can’t wait’ for the fallen star to be freed so she can enjoy boozy nights out on the town with him.

Ex-Sunderland and England winger Johnson has another 12 months left of his six-year stretch for sexually abusing a star-struck teenage girl fan.

His sister Faye Johnson uploaded a photo of her posing with boyfriend Kamil Didi to Facebook before an evening’s drinking near her home in Castle Eden, County Durham.

A friend wrote: ‘Won’t be long before Adam is in the picture with you’, to which Faye replied: ‘I can’t wait.’ 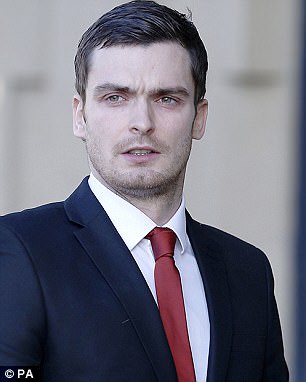 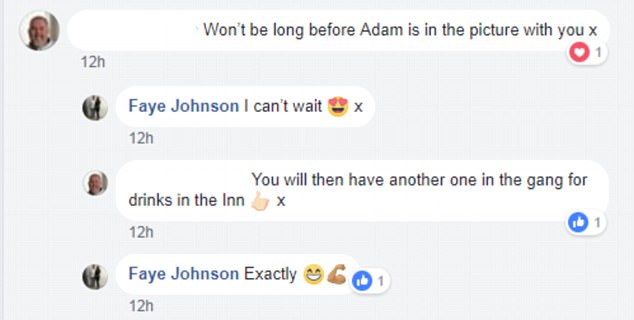 And her friend added: ‘You will then have another one in the gang for drinks in the Inn.’

Too which loyal Faye replied ‘exactly’ before revealing of her night out: ‘Still have a sore head.’

Faye has stuck by Johnson, 30, and masterminded two failed bids by his legal team to seek leave to appeal over his conviction for sexual activity with the 15-year-old girl and his six-year prison sentence.

Johnson wants to play football in China when he’s freed having ruled out returning to the professional ranks in England.

He claims ‘do-gooders’ would stop him playing because he was jailed for grooming, kissing and touching the girl.

His last game for Sunderland was on February 6 2016 – the weekend before the start of his trial.

The club ended his contract five days later when he pleaded guilty in court to one of the charges laid against him.

In November Faye hinted her brother will soon be released from prison – perhaps even this year.

Johnson has so far served two years of his six-year sentence, and remains behind bars at Moorland Prison in Yorkshire. He is not eligible for automatic parole until March 2019.

But his sister Faye wrote on Twitter: ‘not long till we have him home where he belongs’. 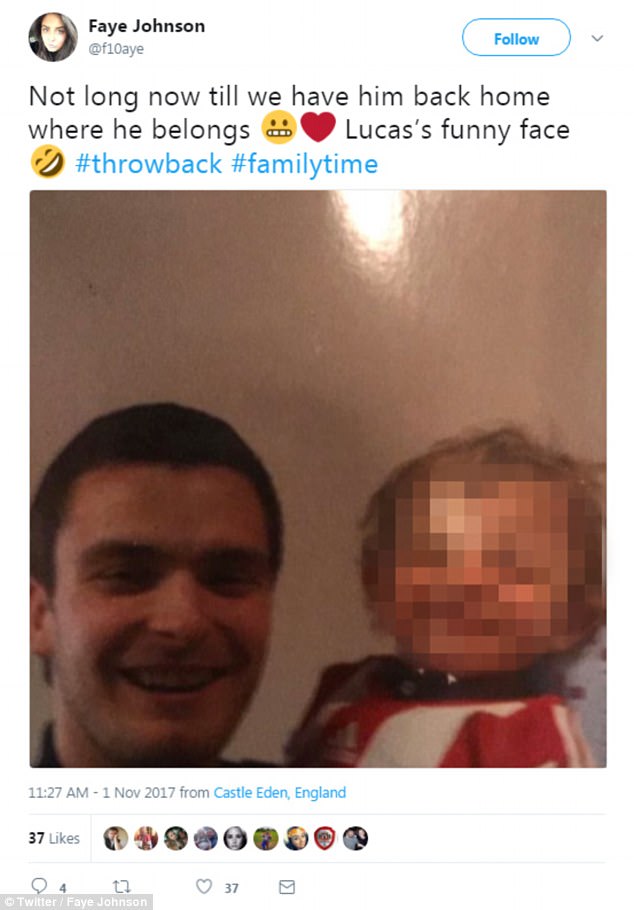 Faye Johnson wrote on Twitter: ‘not long till we have him home where he belongs’ 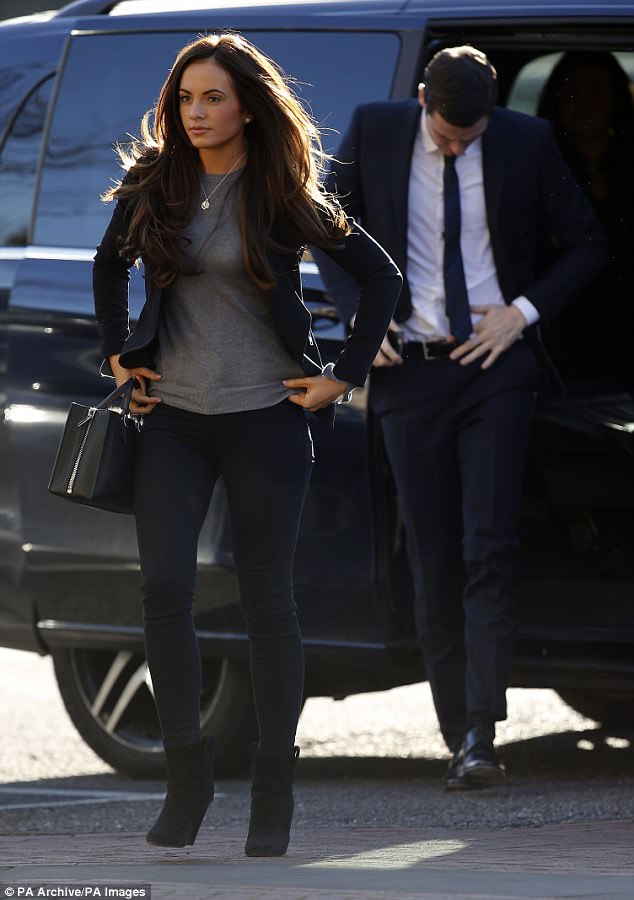 His ex-girlfriend Stacey Flounders, who stood by the former England winger during his trial for child sex offences before he was convicted, is reportedly ‘struggling to get by’ 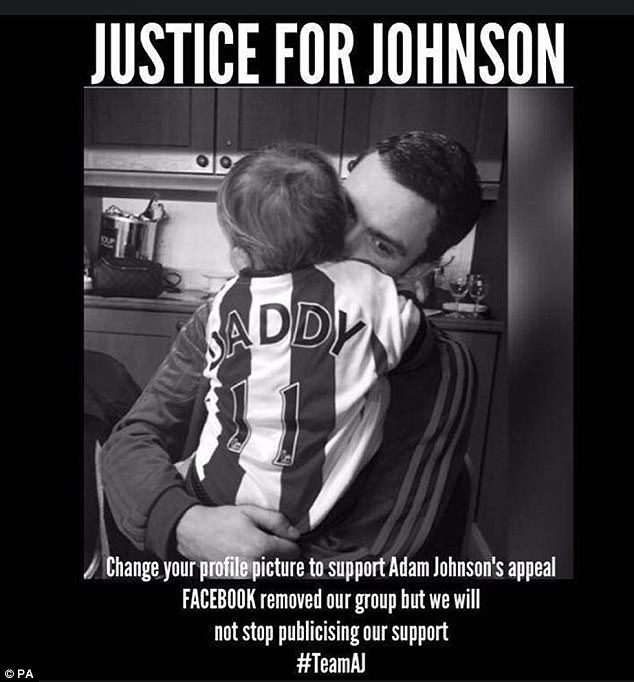 Ms Johnson accompanied her tweet with a photograph of her brother holding her son Lucas, alongside laughing face and heart emojis.

His sister had previously set up a Facebook page urging fans to get behind her brother in his bid to appeal his sentence.

The 29-year-old footballer was briefly moved into solitary confinement for his safety earlier this year after he was recorded bragging about sleeping with a 15-year-old schoolgirl.

He was then reportedly tipped off by a fellow inmate that a group were planning to slit his throat with a makeshift knife.

Johnson was left fearful for his life and understood to be drawing up a request to move prisons.

His unpopularity inside the jail comes after the ex-Sunderland winger was filmed whinging to other inmates about how badly he had been treated in April.

Meanwhile, his ex-girlfriend Stacey Flounders, is reportedly ‘struggling to get by’.

Ms Flounders stood by the former England winger during his trial for child sex offences before he was convicted.

But the couple split around the time of the jury’s verdicts and her friends have said she is now struggling financially.