There are some good things about this Aida, notably the American soprano Latonia Moore in the title role and the conducting of the Canadian Keri-Lynn Wilson.

But overall it’s a mess, thanks to the antics of the director Phelim McDermott and his team.

English National Opera needed a banker. This isn’t it, for the usual reason – poor choice of director, plus, of course, inadequate supervision of him by ENO’s artistic director Daniel Kramer. 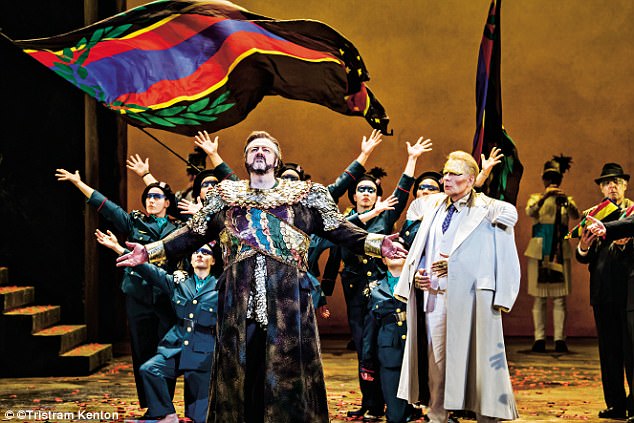 Gwyn Hughes Jones as Radamès and Matthew Best as The King. English National Opera needed a banker. This isn’t it

Kramer’s Tristan for the company was an even bigger disaster than this Aida. So him trying to sort out McDermott is the blind leading the blind.

McDermott has made his name in contemporary opera a long way away from Aida – the grandest of grand operas and extremely tricky to put on, even by a top class man of the theatre.

McDermott’s inexperience is everywhere apparent here. His principal singers just stand and deliver, which works quite well in the mainly static final two acts. But the spectacular stuff earlier on, like the Grand March, is totally beyond him. The triumphal return of the Egyptian Army is turned into a funeral procession, where, at the end, the coffins are just left littering the stage. What’s all that about? 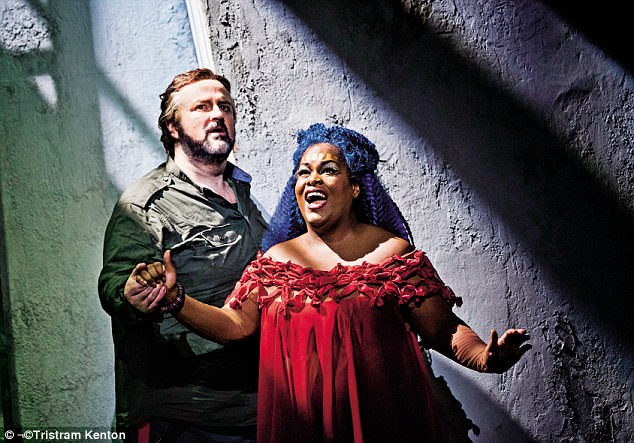 Hughes Jones with Latonia Moore as Aida. Moore is one of the finest Aidas around, and it’s almost worth enduring the rest just to hear her

The impression of a muddled village hall show is compounded by costumes that look as though they have been dragged out of dressing-up boxes. Supposedly heroic Radamès looks like a Claridge’s bell-hop. His intended, Amneris, the amply proportioned American mezzo (yes, another one) Michelle DeYoung, is got up in acres of white voile, like the fairy on top of the Christmas tree.

A mass of weirdly attired chorus members wander around, looking like the patrons of that bar in Star Wars, lacking only Chewbacca and R2-D2. Then, for a time, it all goes crazily Twenties. I expected Florence Foster Jenkins to show up at any moment. 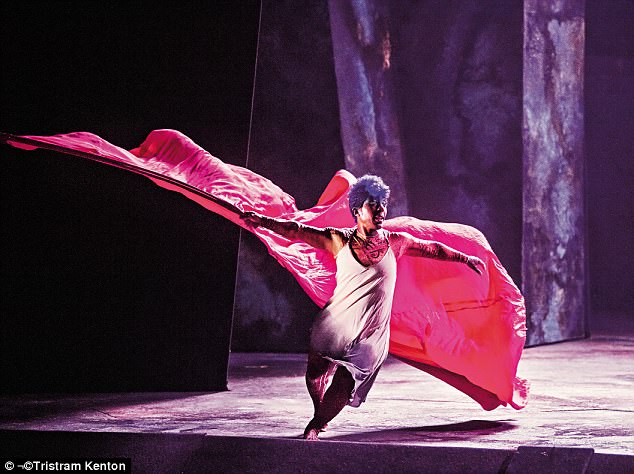 A scene from Aida. This is one of nine offerings from ENO this season. Last year there were only eight

Moore, however, is one of the finest Aidas around, and it’s almost worth enduring the rest just to hear her. She gets stalwart support from Gwyn Hughes Jones as Radamès, while Wilson is a lively presence in the pit. But elsewhere the casting is wayward. DeYoung’s strangulated English vowels rival Dick Van Dyke in Mary Poppins.

This is one of nine offerings from ENO this season. Last year there were only eight. When I was on the Board in the mid-Nineties, ENO put on about 22 shows per season. A couple of years ago they were doing 111 performances. This year it’s 80. However, they get the same Arts Council grant for 80 nights as they got for 111. Why?

How they are going to fill 16 more performances of this Aida is beyond me.

Chief executive Cressida Pollock is moving on. No wonder.