Alabama is set to execute a 67-year-old death row inmate who, because of his dementia, does not remember the crime he is being killed for.

Vernon Madison is due to be given the lethal injection at 6pm on Thursday at the Holman Correctional Facility in Atmore.

He has been on death row since 1985, when he was sentenced to execution for the murder of Mobile police Cpl. Julius Schulte.

Over the last 30 years, Madison has suffered several severe strokes which have left him with slurred speech and impaired cognitive ability.

Doctors cited by lawyers who are trying to block his execution say his IQ is 72, the average IQ which is considered below average.

Vernon Madison, 67, will be executed on Thursday at 6pm in Atmore, Alabama. He has been on death row since 1985 and says he does not remember killing a police officer – the crime for which is being executed

Despite their pleas, the Supreme Court ruled last year that he is smart enough to understand why he is being executed, even if he does not remember it.

Schulte was responding to a domestic call at Madison’s ex-girlfriend’s home in April 1985 when he was killed.

After initially breaking up the fight, Madison told the police officer he was leaving. Instead, he fetched a pistol and came back to the home and shot Schulte in the back of the head.

A jury sentenced him to life in prison without parole, but the trial judge overrode their decision to sentence him to death.

For decades, Madison and his lawyers have tried to appeal the conviction.

They have claimed racial prejudice and improper jury selection to try to get the case thrown out. His conviction has always been upheld by the courts.

In 2016, his attorneys at the Equal Justice Initiative won him a stay which prevented his execution at the 11th hour.

They argued that he does not understand why the state is attempting to execute him and that because of his condition, he is incompetent for capital punishment. 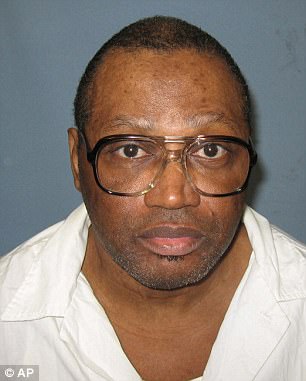 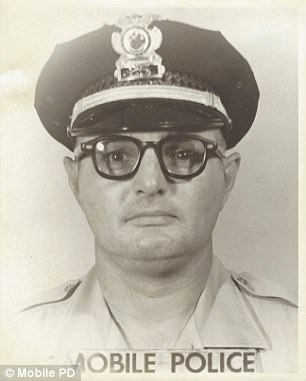 Madison (seen left in an undated booking photo) crept up behind Mobile Cpl. Julius Schulte and shot him in the back of the head in April, 1985. Madison was at home arguing with his girlfriend who called the cops. Schulte was the responding officer

The Supreme Court however reversed that stay last year and the man’s execution was rescheduled for today.

On Wednesday, his attorneys filed a last minute clemency request with the governor’s office in the hope they would stop his killing.

‘Mr. Madison suffers from vascular dementia as a result of multiple strokes in the last several years, and no longer has a memory of the commission of the crime for which he is to be executed. His mind and body are failing.

‘Mr. Madison is an elderly man with diagnosed dementia whose condition continues to decline.

‘Moreover, this case presents the first time since the abolition of override that the State of Alabama has sought to execute someone where the jury returned a life sentence. For these reasons, we ask that you grant clemency and commute Mr. Madison’s sentence to life without parole.’ 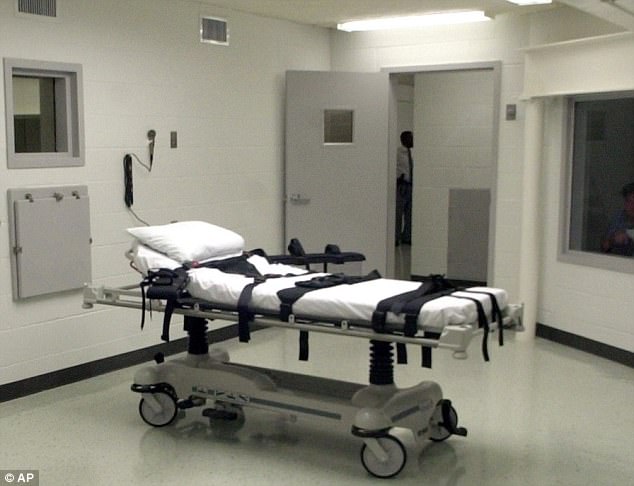 The governor’s office did not respond to requests early on Thursday morning.

The European Union weighed into the row on Wednesday with a letter to Governor Ivey’s office pleading an ‘urgent humanitarian appeal’ for the man’s life.

‘The EU considers that in countries which have not yet abolished the death penalty, it should not be imposed on persons suffering from any mental illness or having an intellectual disability. 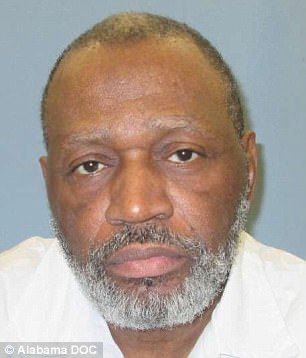 ‘We note with concern that there is undisputed evidence that Mr. Madison has suffered multiple strokes, including a thalamic stroke resulting in encephalomaiacia, that have damaged multiple parts of his brain, including those responsible for memory.

‘As a result Mr. Madison has no memory of his capital offense. His reduced cognitive faculties mean he now has a tested IQ of 72, placing him in the borderline range of intelligence,’ David Sullivan, the EU Ambassador for External Action, said.

It is not known what Madison ate for his last meal on Wednesday night.

His execution will be the first in Alabama in 2018 if it goes ahead.

When the Supreme Court made its decision in November last year, its judges argued that even though Madison may not remember his own crime, he understands the law so much as to understand that anyone who commits murder is punishable by execution.

They also argued that Madison ‘understands’ that he carried out the crime.

‘Testimony from each of the psychologists who examined Madison supported the court’s finding that Madison understands both that he was tried and imprisoned for murder and that Alabama will put him to death as punishment for that crime,’ they said in their ruling.