A former child star is speaking out about the pressures of growing up as a famous actress, and the struggles of having to keep mum about ‘traumatizing’ experiences along the way.

Alyson Stoner, who appeared as Max in The Suite Life Of Zac And Cody and is remembered by plenty of people as the little girl in Missy Elliott’s Work It video, opened up in a new video posted on her YouTube channel in August.

The LA-based 24-year-old, who also starred as Camille in the Step Up franchise and as Sarah in Cheaper By The Dozen, explained she is done keeping quiet about certain parts of her personality that she has refrained from expressing over the years, and spoke openly about the difficulties of life as a young actress. 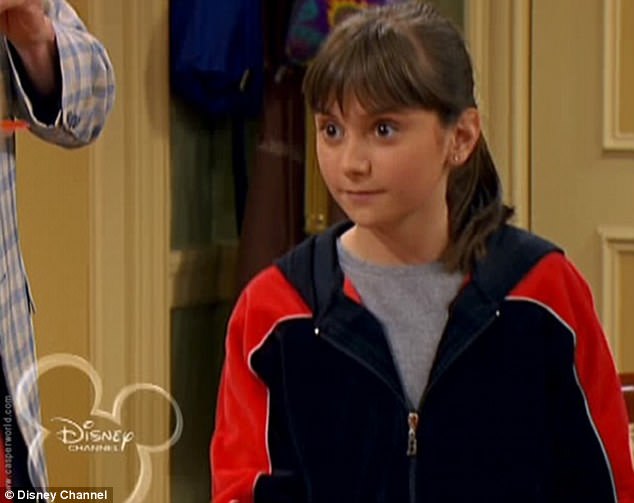 Past: The LA-based 24-year-old, who appeared as Max in The Suite Life Of Zac And Cody (pictured), admitted that being in the industry ‘takes a huge toll on you’ 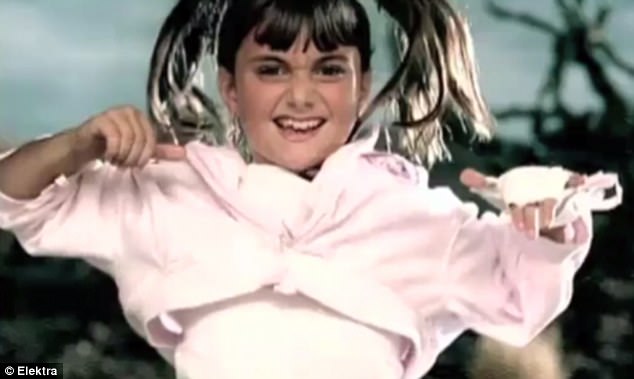 That’s her! Alyson is also remembered by plenty of people as the little girl busting some serious moves in Missy Elliott’s Work It video (pictured)

‘Living in that little box, being a part of that machine—it takes a huge toll on you,’ she said, reminiscing about her early fame.

‘The competition, narcissism, perfectionism, the pressure, schedule, the traumatizing experiences that we can never talk about because we’re either under contract, or we’ll get shot, or other things will happen to us if we open our mouths.’

Recently, the actress, singer and dancer has learned to appreciate the present moment after growing up as what she described as a ‘pack mule’.

Over the years, Alyson has gone on to star in dozens of movies and TV shows, has written music for other artists, and even worked with then-First-Lady Michelle Obama in 2010 on a healthy living initiative.

‘It’s been a long trek,’ Alyson added in her video. ‘I’ve been fortunate to live a lot of different lives in a short amount of years.’

Evolution: Recently, the actress (pictured left in 2004 and right last month), singer and dancer has learned to appreciate the present moment after growing up as a ‘pack mule’ 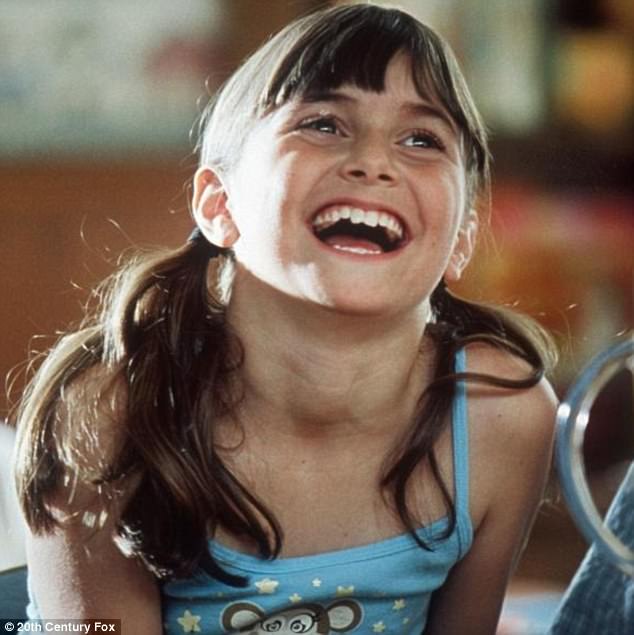 Work: Over the years, Alyson (pictured in Cheaper By The Dozen) has gone on to star in dozens of movies and TV shows, has written music for other artists 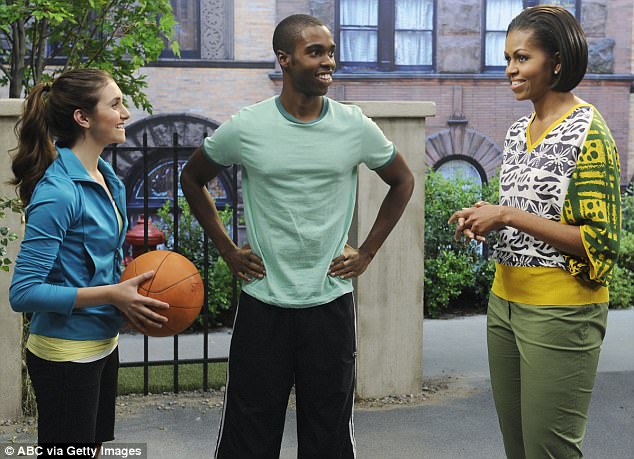 Partnership: The actress even worked with then-First-Lady Michelle Obama in 2010 on a healthy living initiative (pictured)

But despite all these artistic outlets, the performer feels like she hasn’t let her true colors shine fully just yet.

‘Unless you watch interviews with me or you really do your research, there’s no reason for you to actually know who I truly am,’ she told her 463,000 YouTube followers.

‘Regardless, I’m sick and tired of telling other people’s stories. I’m done waiting, hoping that the politics are going to change. I want to be able to show you who I am, not give a damn whether it matches what you wanted me to be.’

To that end, Alyson now wants to build a ‘true community’ for people to ‘talk about s**t that matters’.

She is also prepared to reveal a bit more about herself in order to connect more deeply with her followers.

‘My generation, we sort of let the art speak for itself; we didn’t disclose our personal private lives but I’m embracing it,’ she said. ‘I see a lot of really great potential from having this kind of connection.’