Amanda Bynes cleared out her Instagram page and rebranded it as the Matte Black Online Store in July.

And now, some two-and-a-half months on, the former The Amanda Show star shared her first post: a three-quarter body photo of herself sporting a brand new look.

The 34-year-old actress, who has had a history of changing styles and going MIA on social media, is seen with long, dark tresses that are pushed behind her left ear, along with short bangs styled to the right with a side part.

She’s back! Amanda Bynes, 34, showcased a new look when she hared her first post on her rebranded Instagram page the Matte Black Online Store on Friday, October 2

In the photo, Bynes almost has a shy grin on her face dressed in faded blue denim jeans and a yellow and black plaid shirt over a white tee.

She’s also donning clear-rim glasses and has a septum piercing in her nose that’s she’s worn in previous social media posts earlier in the year.

Bynes made a reference to starting an online store in May when she announced she was taking online classes at the Fashion Institute of Design & Merchandising in pursuit of her bachelor’s degree.

‘Getting my Bachelor’s degree from FIDM, Taking online classes, trying to get a 4.0 GPA :] ,’ she wrote on Instagram before adding, ‘Looking forward to starting my online store in the future #goals.’ 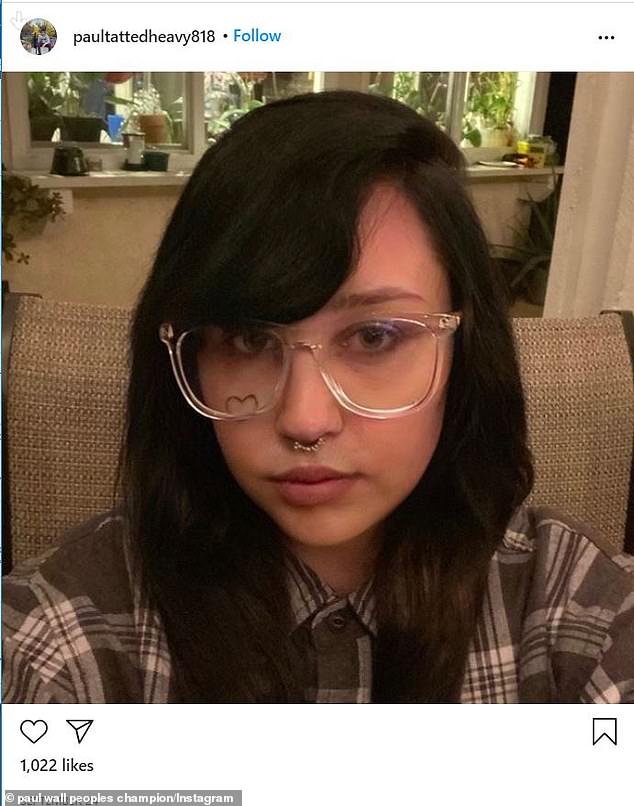 Changes: The What A Girl Wants actress rebranded her Instagram page in July; she is pictured in a post by fiancé Paul Michael on September 24 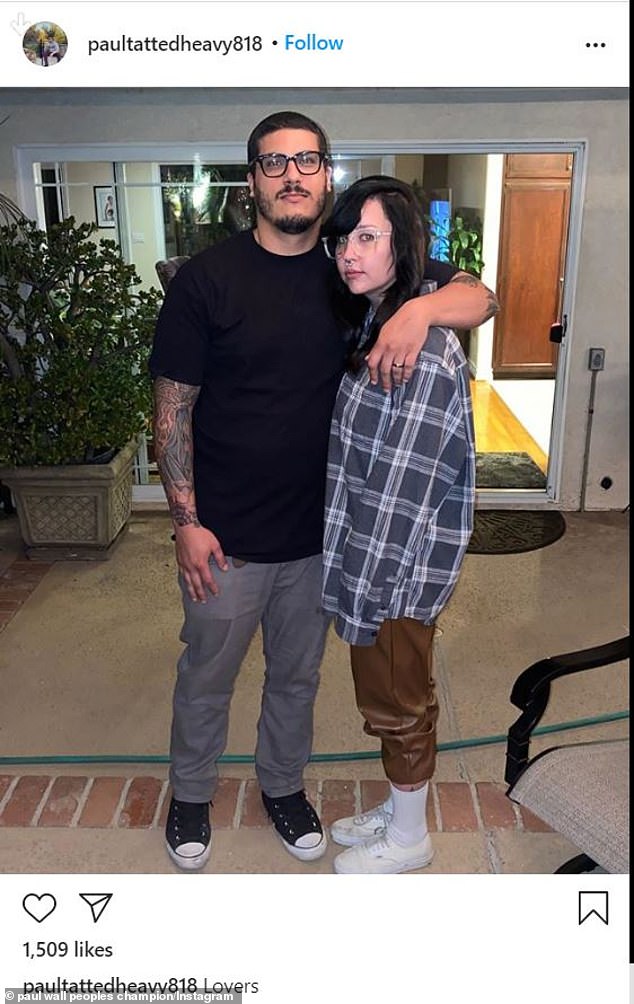 Dialed on: Bynes’ fiancé Paul Michael has been sharing photo of the couple, and solo snaps of the actress, on his Instagram page in recent months

Bynes’ fiancé Paul Michael has been sharing photo of the couple on his Instagram page in recent months, which included one showcasing their wedding rings in August that had some fans believing they had gotten married.

The former movie star’s attorney, David Esquibias, was quick to shut down speculation about his client and announced, ‘Amanda is not married,’ in an Us Weekly report.

It turns out Bynes had previously shared the same photo of their hands adorned with the rings.

‘Engaged to tha love of my life,’ she captioned the ring photo in February. Shortly afterward, she posted a selfie of the two with the caption, ‘Lover.’ 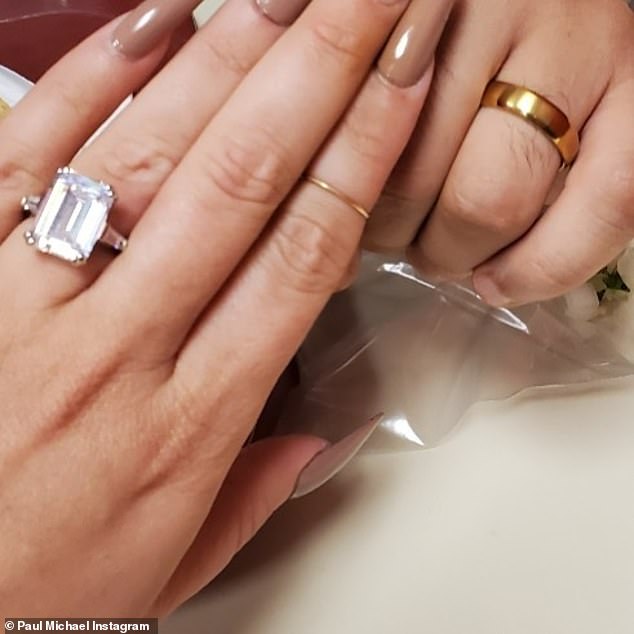 False alarm: Some of Bynes’ fans thought she had gotten married after Michael posted their rings on Instagram in August but Us Weekly reported they’re still not married 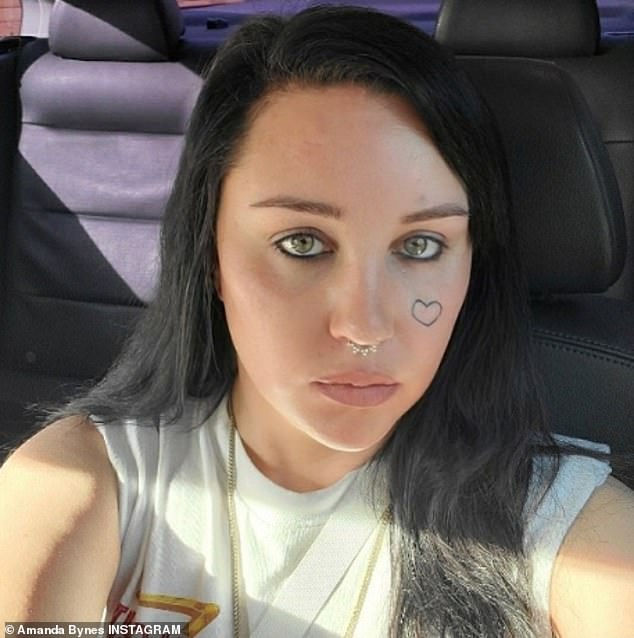 Troubled past: The What A Girl Wants actress has had a long struggles with mental health issues, substance abuse and bizarre behavior that led to her being arrested several times

The What A Girl Wants actress has had a long struggles with mental health issues, substance abuse and bizarre behavior that led to her being arrested several times.

By July 2010, after dropping out of her last two film roles, Bynes announced an indefinite hiatus from acting.

Her last documented role was in the teen comedy film Easy A that premiered in September 2010.

This past July Page Six reported the California native had been living in a transitional psychiatric facility ‘to help with my social anxiety that caused me to drop out of school months ago,’ and that she’s ‘back on track and doing well.’ 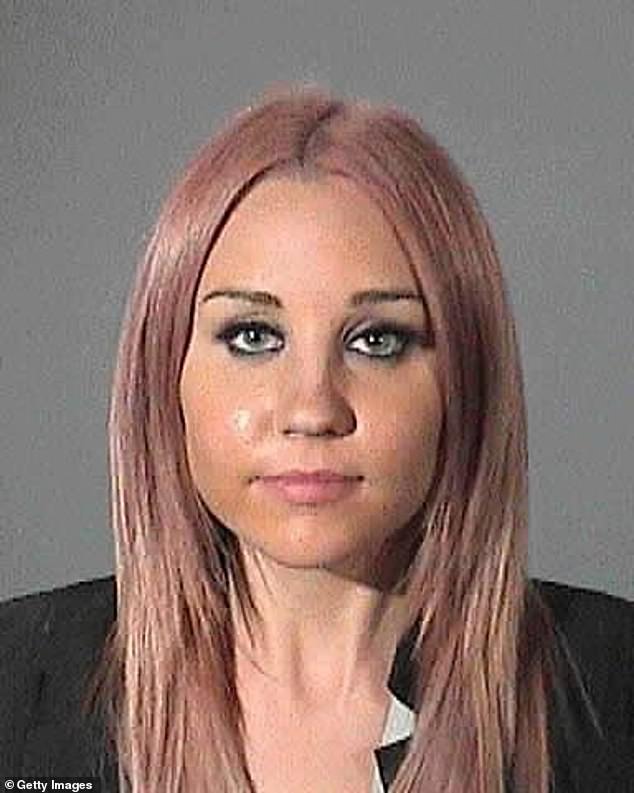 Longtime struggles: The California native has had a long struggles with mental health issues, substance abuse and bizarre behavior that led to several arrests; she is pictured in a mugshot following her arrest for DUI  in April 2012 in West Hollywood 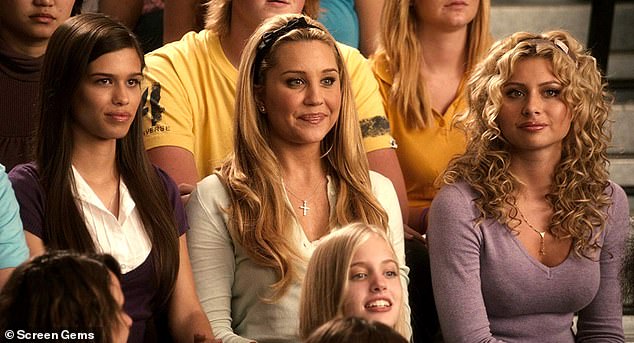 Last hurrah: Bynes’ last documented role was in the teen comedy film Easy A that premiered in September 2010; she is pictured with co-stars Mahaley Patel (left) and Aly Michalka (right)