Amazon in dock over Manchester bomber who bought chemicals online

Manchester bomber Salman Abedi was able to buy materials for his suicide device on Amazon, the Mail can reveal.

He then assembled the bomb at home before detonating it at an Ariana Grande concert in May last year, killing 22 people including seven children.

Last night Amazon was in the dock after it emerged there were no proper security checks and officials were not alerted about the purchases.

Manchester bomber Salman Abedi (pictured) was able to buy materials for his suicide device on Amazon, potentially by using fake names, the Mail can reveal

The online retailer faced further questions after the Daily Mail was still able to buy several components which could help make a device like the one used by Abedi a year after the attack.

The ingredients, which are used with other chemicals to make an improvised explosive device, were purchased within ten minutes and without any security questions. It is not clear whether Abedi bought his materials directly from Amazon or through one of many third-party sellers on the site.

But Government sources last night said they want the web giant to alert the security agencies when customers are ‘filling up their baskets’ with bomb-making materials.

Abedi’s Amazon history and that of people close to him have formed part of an police and security service investigation lasting months.

One line of inquiry is that he bought one item on the website as far back as January last year – five months before the attack – using the name of a family member.

The explosive device has been described as being a relatively sophisticated construct made with nails, nuts and bolts. It was revealed last year that he used hydrogen peroxide to make the explosive TATP – dubbed the Mother of Satan for its instability – and the same as that used in the 7/7 attacks on London. The Parsons Green attacker, Ahmed Hassan, 18, also used Amazon to make the bomb he left on a crowded London Tube train in September.

His trial earlier this year heard how he detonated a device made from TATP, after packing it with metal items bought from Aldi and Asda and had hydrogen peroxide delivered to a friend’s address to avoid suspicion. 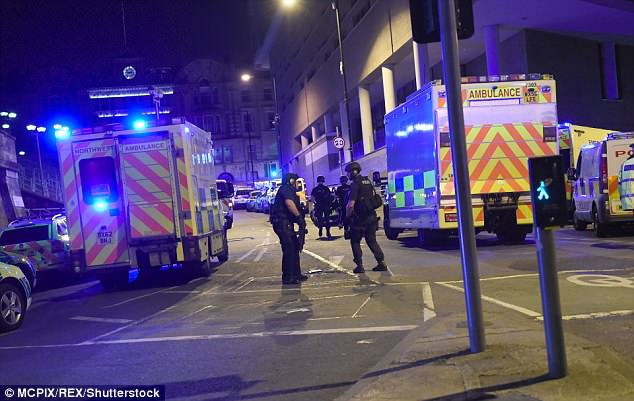 Another ingredient was bought from Amazon. TATP is typically used by terror groups because it can be made using commonly available chemicals. Along with hydrogen peroxide, which is used in hair dyes, it includes other chemicals which the Mail will not name.

Three of the ingredients used to make up TATP were purchased by the Mail on Thursday within minutes without warnings or security checks that may have halted the transaction. Hamish de Bretton-Gordon, former head of Nato’s Rapid Reaction Chemical, Biological, Radiological and Nuclear Battalion, said Amazon needed to step up security checks. He said: ‘For Abedi to be able to buy this stuff on Amazon seems crazy to me. There needs to be more regulation to stop this happening.

‘Amazon should really have a role to play in making sure these items are not sold to people who could then fashion a bomb.’

Admiral Lord West, a former security minister, said: ‘Surely there are some things where if someone wants to buy them it should flag up a warning. Amazon needs to look at this and monitor what is being bought on its site.’ Former security minister John Hayes said: ‘It is time these companies such as Amazon step up to the mark and put the national interest ahead of any commercial interest.

Last December David Anderson QC, the former independent reviewer of terror legislation, published a report on the four terrorist attacks in Britain between March to June 2017. He said there needed to be increased cooperation between MI5 and the police and the private sector ‘to improve the detectability and even the preventability of purchases of potential explosives precursors by would-be terrorists, as undertaken before the Manchester and Parson’s Green attacks’. 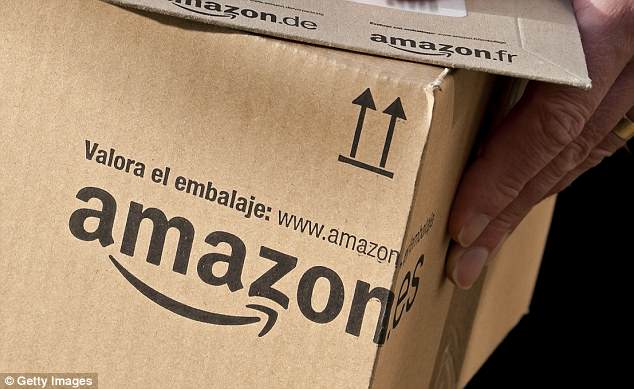 Although he did not specifically mention Amazon, it is understood the Government is now working with the web giant to help stop attacks using items bought online. As well as using Amazon, Abedi downloaded material from other websites about the chemical compound used in the bomb.

And he also watched a bomb-making tutorial on YouTube before the attack. The bomb-making video ‘cookbook’ showed a masked extremist in a kitchen explaining how to build explosives with easy to obtain ingredients.

The products Abedi purchased were both legal and widely available. An Amazon spokesman: ‘We share suspicious transaction reports with the Home Office counter terrorism team, but we cannot comment on the specific security measures that we have in place.’

Earlier this month it emerged Amazon was selling terrorist recruitment material and bomb-making manuals on its site, including books by Osama Bin Laden.