Amber Rose always brings the sizzle to the soiree.

So it comes as no surprise that the 34-year-old socialite showed off her killer curves  Saturday in Las Vegas as she hosted a pool party at the Flamingo’s Go Pool Dayclub Pool Party.

Rose looked every bit the star as she headlined the holiday weekend bash, wearing a strapless minidress adorned with silver hooks, a choker made of the same material, enormous silver hoop earrings and black sandal heels with spikes.

Dazzling: Amber Rose, 34, was snapped Saturday in Las Vegas, as she hosted a pool party at the Flamingo’s Go Pool Dayclub Pool Party

She later took to Instagram to smile and preen in a short clip, writing the Juice WRLD lyric, ‘B**** I’m Still Flexin with my Heart Broken,’ tagging the rapper in the post.

‘This is really cliché, but I had the worst hangover I’ve ever had in my life in Vegas,’ the How To Be A Bad B**** author said. ‘It was so bad. I think I was arguing with my boyfriend that night, young and stupid and thinking, I’m gonna get drunk.

‘All the food I ate for the next week tasted like tequila. It was horrible.’ 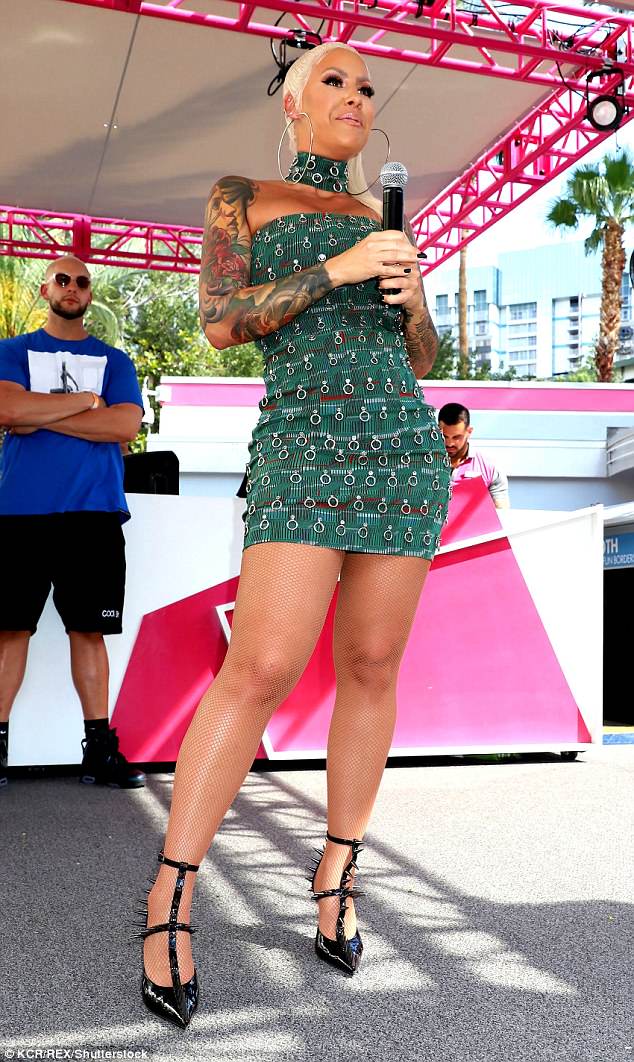 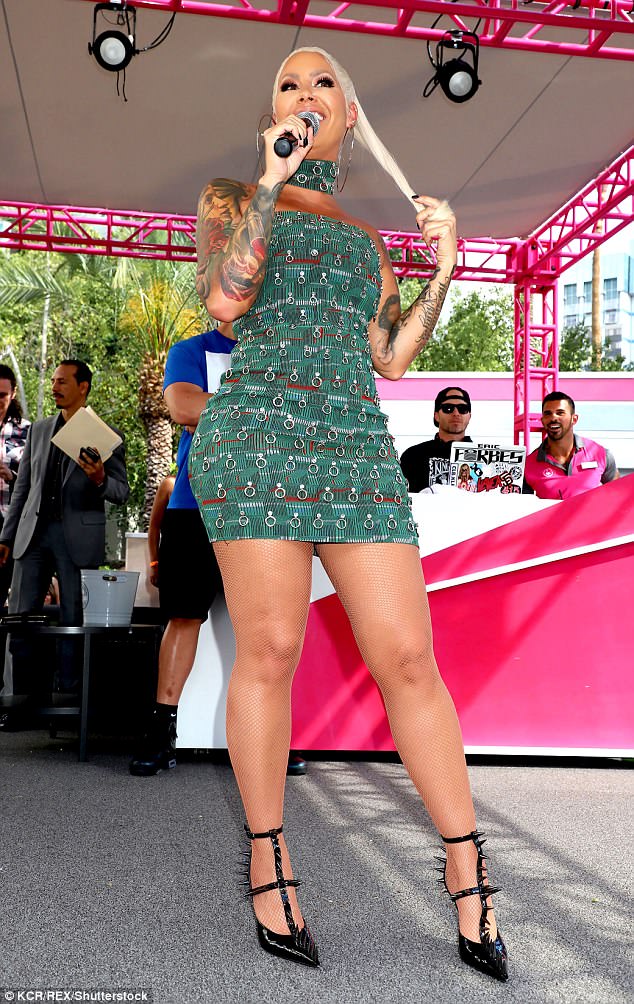 In charge: Rose spoke to the poolside crowd at the Flamingo in Sin City 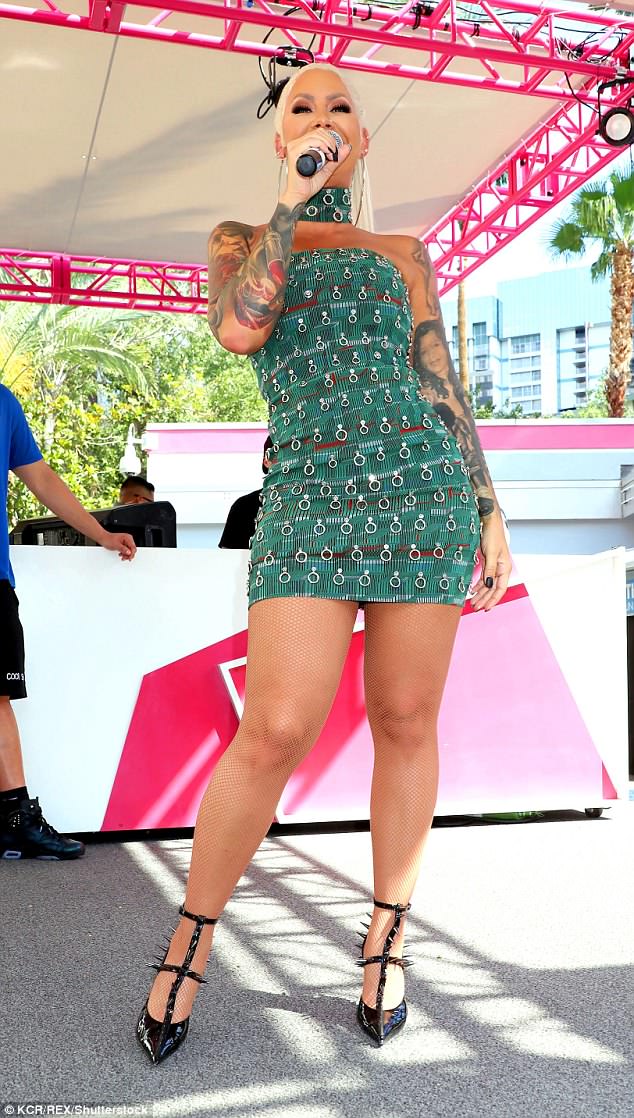 Revelations: Amber said last year that her worst-ever hangover came after an evening of drinking in Vegas

Fashionista: The mom-of-one is always on the cutting edge of style

In the chat with the local publication, the feminist, who created the annual Amber Rose SlutWalk, gave her opinion on the rash of allegations waged against powerful men in entertainment, beginning with accused rapist Harvey Weinstein (who denies all allegations of non-consensual sex) and have continued in the more than seven months since.

‘I believe every single woman and man out there that says they have been sexually harassed – 100 percent,’ she said.

The pop culture staple shot to fame during the time-frame she dated Kanye West, from 2008 until 2010. She has a five-year-old Sebastian with her ex, rapper Wiz Khalifa. 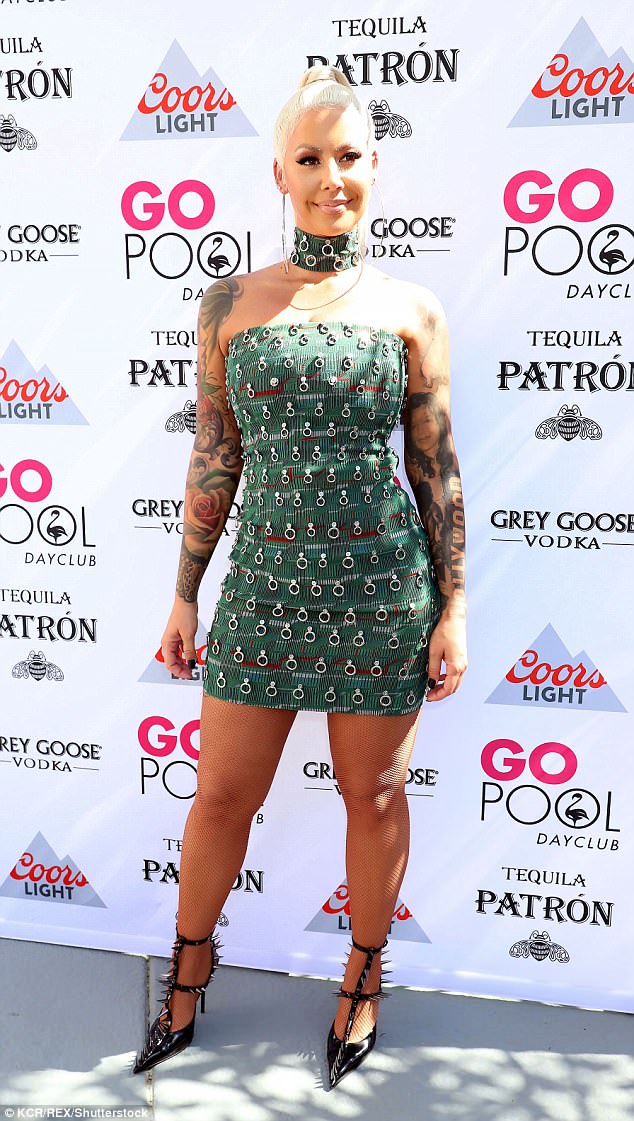 Lustrous: The feminist star showed off a long golden mane at the outdoor gathering 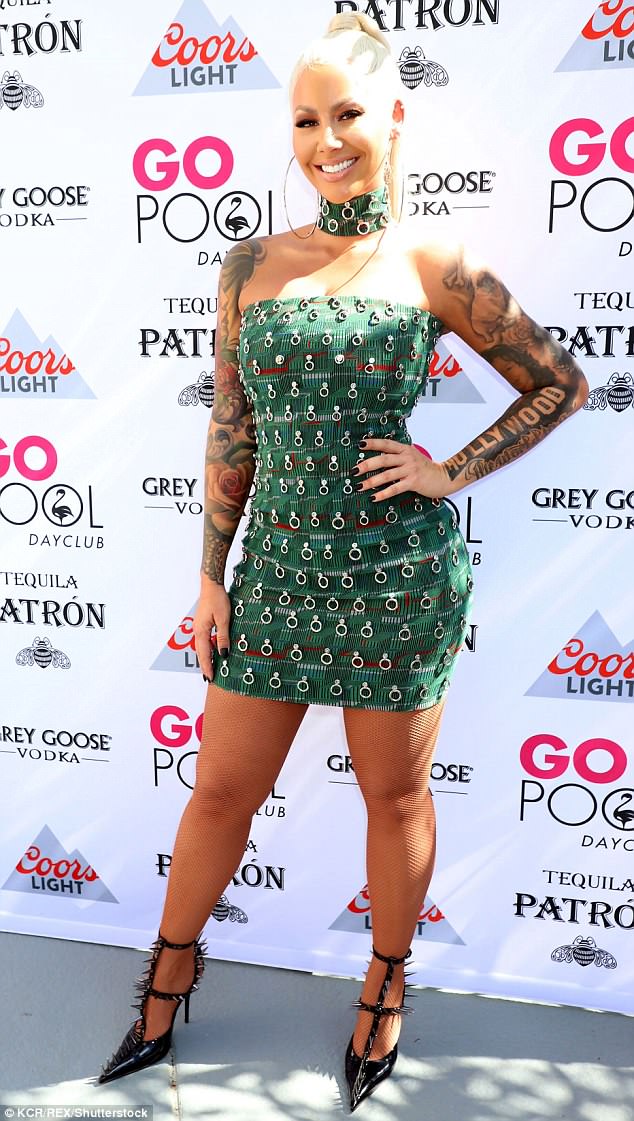 Ink: The socialite showed off her elaborate set of tattoos as she posed for photographers 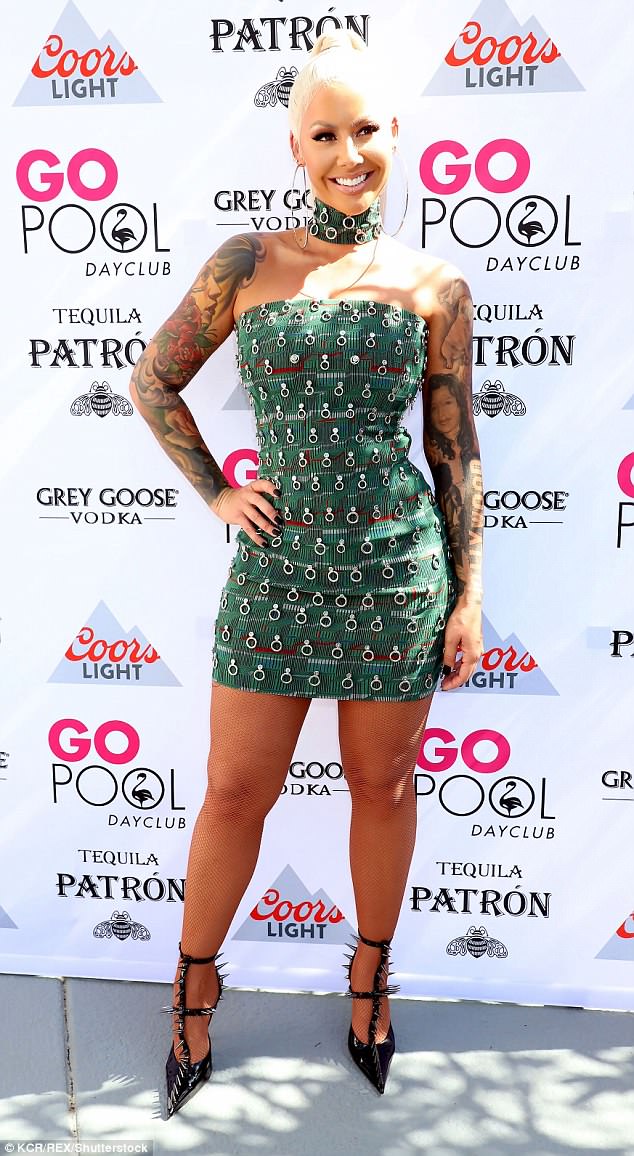 Beautiful: Amber displayed her bright smile at the poolside party