American media are turning on ‘freeloading, cynical’ Prince Harry and Meghan Markle, with a New York Post columnist attaching the Duke for ‘dredging up his emotional chaos for the right price’.

The Sussexes are settling into life in the Canada after telling the world they desire more privacy and normality to raise Archie.

As Britain reeled from the Royal split, the US was broadly sympathetic to the couple as they pledged to embark on a mission to promote environmentalism once they were free from negative press coverage that some of their supports deemed racist against Meghan.

But journalist Maureen Callahan is among those turning on the pair after the 35-year-old Duke spoke at a summit for JP Morgan Chase, a bank at the centre of the 2008 financial crash, as opposed to focusing on activism.

She slammed them as papered freeloaders who are cashing in on their Royal identity without performing the required duties and criticised them for not even pretending to live up to their green credentials.

Prince Harry, Duke of Sussex and Meghan, Duchess of Sussex, (pictured in South Africa, in October)  were the headline act at the JP Morgan Chase & Co event. So far they’ve refused to confirm or deny reports they were paid between $500,000 and $1 million for their appearance

Callahan wrote: ‘Just weeks after slamming the door on Buckingham Palace, declaring their suffering as wealthy, pampered, world-famous senior royals so unbearable that they must take their leave and flee to the Canadian woods in search of privacy, humility, a slower way of life, time to think about which noble eco-warrior causes to support (while flying private, of course) and to create normalcy for themselves and their baby, Harry and Meghan are out on the stroll, selling their goods and services — whatever those may be — to the highest bidder.

‘You’d think, for appearances’ sake, they would have held out a little longer. It’s not as if they’re suddenly destitute. Harry and Meghan are, after all, still on the royal payroll through at least May, after which Prince Charles has vowed to support them.

‘And since decamping Britain, they’ve been freeloading, staying indefinitely at a $14 million (£10,724,490) Vancouver mansion (a deal brokered by music producer David Foster) and at Serena Williams’ Palm Beach estate during a recent trip to Florida.’ 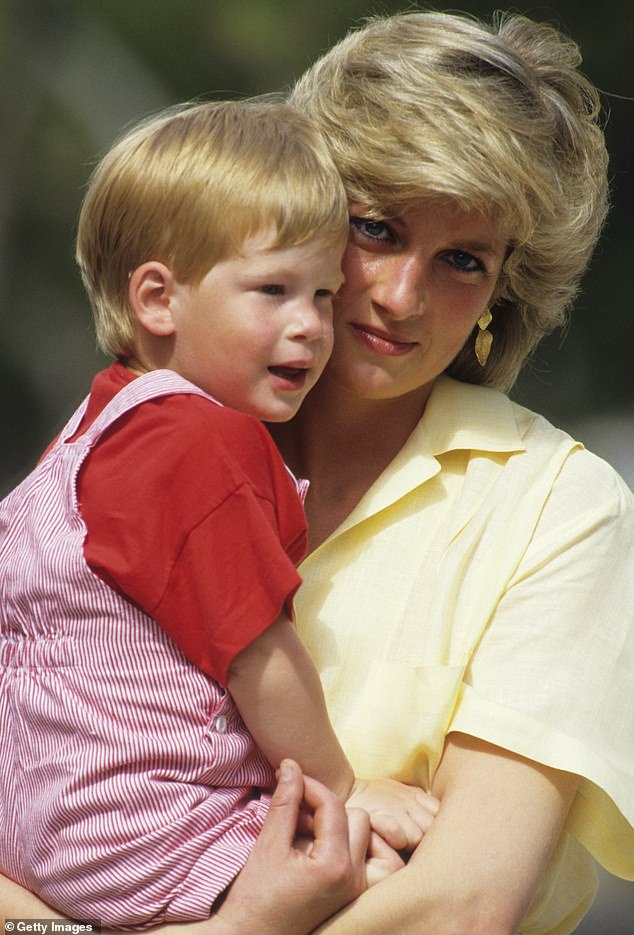 She then moved on to what she feels is the double standard of allegedly being paid to speak about Princess Diana’s death.

His appearance comes after he last year complained of press coverage of his mother’s life and the impact it had on him.

But Callahan wrote yesterday: ‘But for the right price, he’ll dredge up all that deeply personal emotional chaos, held sacred for decades, to a room full of global powerbrokers — despite zero chance any of it will elucidate or ameliorate a single real-world problem. 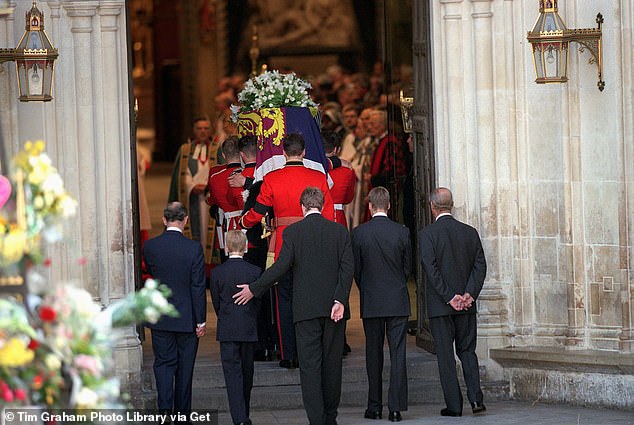 Harry has previously spoken about the negative impact of press coverage about his mother and the impact, but was prepared to open up about his emotions and speak about her death for what experts say was up to $1million

‘To cap off this inaugural foray into life as working commoners, Harry and Meghan reportedly had dinner with two of the most philanthropic and publicity-shy people on the planet, Jennifer Lopez and Alex Rodriguez.

‘Now they’re reportedly house-hunting in LA and New York City — exactly where celebrities seeking seclusion go — and have been in talks with Goldman Sachs since at least November, months before announcing their plans to ‘step back.”

Citing Diana’s work to change the public’s attitude toward AIDS by kissing those dying of the disease, she spoke of how the princess used her profile to fuel important activism.

She compared that to Harry pitching to Disney chief Bob Iger as he ‘begged’ him to take Meghan on for voiceover work in a video that shows a clearly embarrassed Beyoncé looking on.

Diana, she said, would never exploit her Royal credentials to make a lucrative brand like SussexRoyal.

Callahan writes that Harry has ‘shown no scruples, no self-awareness, no shame’ and that the pair’s ditching of Royal duties renders him ‘just another hustler out to make a buck’. 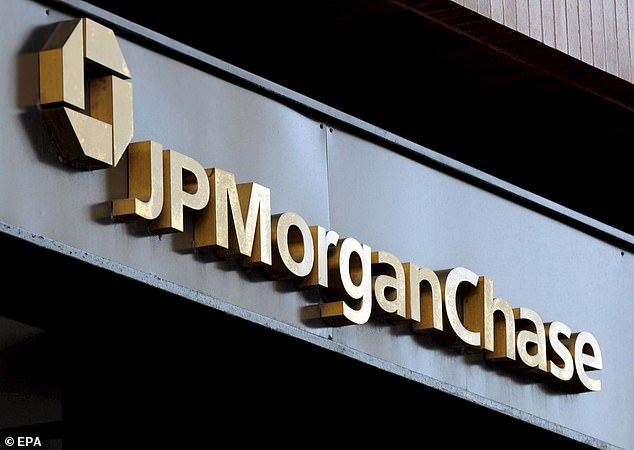 The Sussexes were flown to the JP Morgan forum in the firm’s lavish Gulfstream private plane, from the $11 million mansion in Vancouver they’ve been living in for the past few months as guests of a mysterious billionaire benefactor 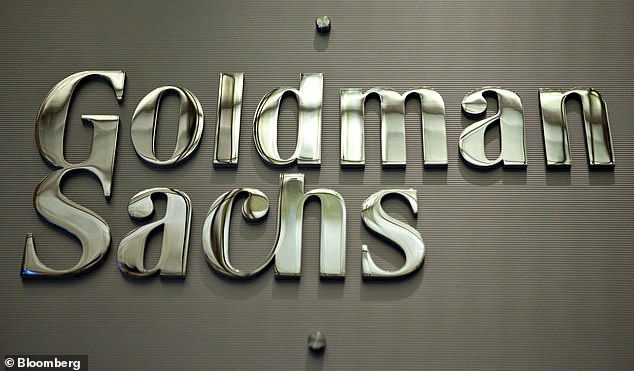 Yesterday, it was revealed that Harry’s held talks with another monster investment bank, Goldman Sachs, to build on the ‘Sussex Royal’ brand

Aubrey Hansen at CNN has also piled in on the pair, saying they are incapable of hiding their ambitions.

‘If Prince Harry and Meghan Markle had decided to step further into the background, performing their royal duties on a less intensive basis and spending more time in private, I doubt there would have been much criticism,’ she writes.

‘That’s not what they did, though. They quietly made plans to live in Los Angeles. Then Harry loudly announced their arrival on the private circuit by telling wealthy bankers all about his mother’s death (for a hefty fee, of course).’

Hansen says that alleged racist coverage of Meghan had nothing to do with their move and believes it was ‘all about money and their personal ambition’.

Columnist Piers Morgan led criticism of Harry and Meghan’s decision to ditch the UK, writing on MailOnline last month that the Duke wants to ‘become a royal Kardashian and keep Meghan happy’.

He wrote: ‘Oh, I know, I know…the only accepted narrative, certainly on Twitter, is that the mean, beastly, racist media has driven out poor Harry and Meghan with our despicable antics.

‘We shamefully refused to let them lecture us about the environment AND use private jets like taxis!

‘And we had the audacity to think a $500,000 star-studded, baby-shower party in New York was a tad inappropriate given that Harry and Meghan were busy urging us on Twitter that same week to pay more attention to poor people.

‘Oh, and we shockingly suggested that if you’re going to have the taxpayers fork out $3 million on refurbishing your home, you should probably not hide photos and details of your son’s birth or stop the public taking your picture at Wimbledon.

‘Yes, the ‘bullying’ media’s treated them appallingly, and it’s all because Meghan has a black mother – despite the fact we all fell over ourselves for 18 months to say how fantastic it was to have a bi-racial woman enter the Royal Family.’

And yesterday he was the first to slam their appearance at the JP Morgan summit in an article titled: ‘Harry and Meghan claimed they quit for peace, privacy and time to focus on saving the planet – in fact they just wanted the freedom to exploit Diana’s death for millions of dollars from environment-destroying bankers.’

Morgan wrote: ‘They were introduced by their friend, CBS News host Gayle King, and then after a brief introduction by Meghan, Harry delivered a speech about his favourite topic: mental health.

‘More particularly, he spoke about how he’s been undergoing years of therapy to deal with the death of his mother Princess Diana. None of this was new territory.

‘Indeed, Harry has talked of little else in recent years, constantly emoting in public speeches about his ‘struggle’ with his grief even now, 23 years later.

‘It would take a heart of stone not to have sympathy for a man who was just 12 when he was made to walk behind his mother’s coffin in front of a billion TV viewers.

‘I remember watching that at the time and thinking it was a disgracefully heartless thing to make a heartbroken little boy do.

‘But Harry’s not the only person to ever lose a parent when he was young. It’s sadly happened to many millions of people, including me – my father died when I was one.

‘And there’s a big difference between talking about it to raise public awareness of grief-related mental health issues – and doing it privately for a big fat fee to a bunch of super-rich bankers, business tycoons, politicians and celebrities.

‘By commercially exploiting his mother’s death to make vast pots of money like this, Harry is surely behaving in exactly the same way he professes to despise from the media?’

Other foreign outlets are echoing Morgan’s sentiments, including in Australia. Writing for News.com.au, Daniela Elser accused the pair of ‘double dipping’ by taking money from Prince Charles while also speaking at the summit.

Royal sources have not confirmed whether Harry received payment for his speech, but PR experts estimate he could have raked in between $500,000 and $1million from the appearance.