Ange Postecoglou has addressed rumours linking him to a move to the Premier League, insisting he is very happy where he is and that he is ‘living the dream’ as the manager of Scotting Premier League champions Celtic.

The former Socceroos boss is back down under to promote the Sydney Super Cup tournament that will feature Celtic, Premier League team Everton and A-League sides Sydney FC and the Western Sydney Wanderers.

The 57-year-old has worked wonders at Celtic, leading the team to a league title, a League Cup crown and qualifying for the Champions League in his maiden season.

Ange Postecoglou has addressed rumours linking him to a move to the Premier League, insisting that he is very happy where he is at the moment as boss of Celtic 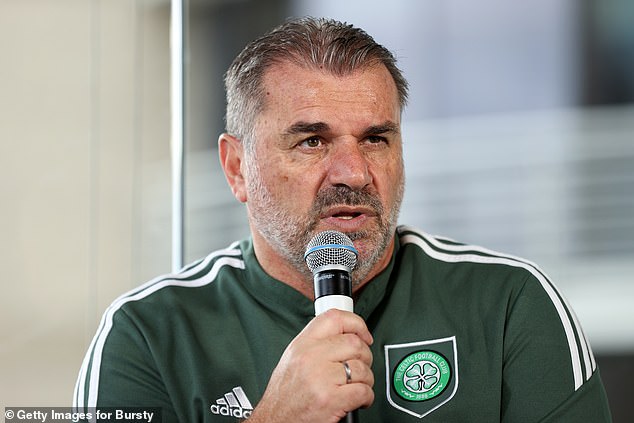 The former Socceroos boss’s impressive results have led to keen interest from Premier League clubs – with the Aussie rumoured to be next in line for the top job at Brighton when it became available.

Postecoglou has also been reported as a target for struggling Leicester City in recent weeks, but he poured cold water on both these reports while in Sydney.

‘Don’t read much into it,’ Postecoglou told The Project. ‘Twelve months ago I was favoured to get the sack by Christmas.

‘I’m really happy where I am – it’s a massive football club. We play in front of 60,000 people every week. We’ve got the opportunity to win trophies – to win the Champions League. 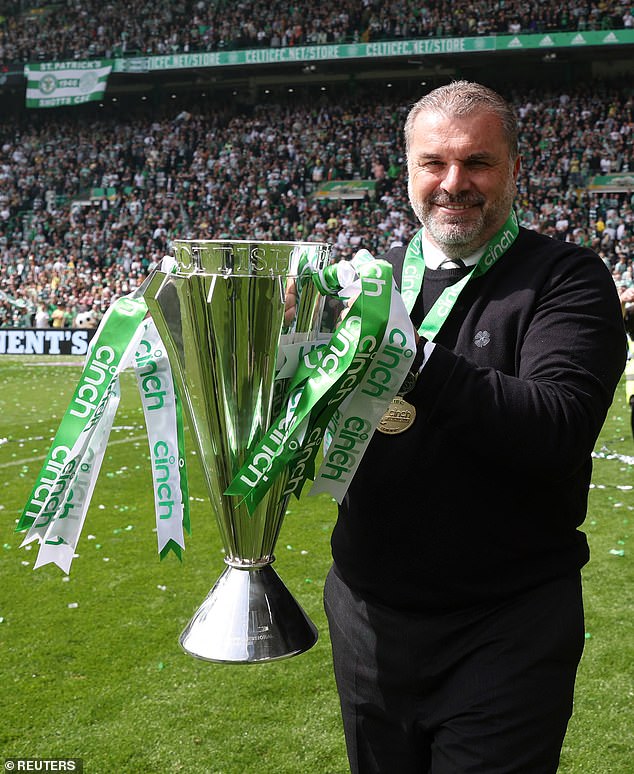 Postecoglou has worked wonders at Celtic, leading the team to a league title, a League Cup crown and qualifying for the Champions League all in his maiden season

‘I’m loving it at the moment. I’m living the dream. I’m exactly where I want to be and I’m looking forward to bringing more success to the club.’

Postecoglou made similar comments on the Today show and joked about the ‘real’ reason he was in Australia.

‘I’m enjoying where I am right now. I’ve only been there a year. We had some fantastic success last year, but there’s still plenty of challenges ahead,’ he said.

‘We lost our last game and I had to get out of the country and come half way around the world to avoid the scrutiny,’ he said, referring to his team’s 2-0 loss to St Mirren. 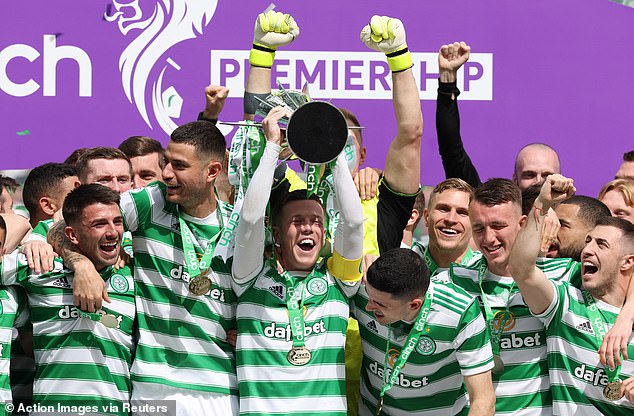 Postecoglou is back down under to promote the Sydney Super Cup tournament that will feature Celtic, Everton and A-League sides Sydney FC and the Western Sydney Wanderers

Postecoglou is looking forward to bringing Celtic to Australia in November in the club’s first visit down under since 2011.

‘We have a large contingent of [Celtic] supporters down under, and knowing an Aussie manager is in charge [of the club] is very humbling for me,’ Postecoglou told 10 News.

‘Playing fantastic Premier League opposition will be great, and such a big club in Everton will be a wonderful experience.

‘Everyone knows how closely the EPL is followed in Australia, everyone is excited about the opportunity.’