Angelina Jolie has called on the international community to end the ‘senseless’ Syrian conflict as the war enters its eighth year.

The Hollywood A-lister criticised the lack of a ‘credible political and diplomatic process’ to bring the violence to an end.

Speaking in her role as special envoy of UN High Commissioner for Refugees, the actress also met Syrian children displaced by the war at the Zaatari Refugee Camp in Jordan.

Children crowded around as she spoke in a patch of muddy space between hundreds of rows of caravans in the cold desert camp, less than an hour’s drive from the Syrian border. 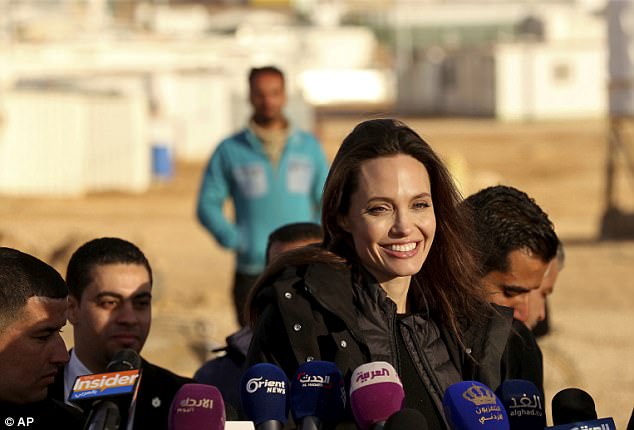 The special envoy of the U.N. refugee agency spoke today with refugee families in a UN-run community program

It was Jolie’s fifth visit to Jordan and third to the Zaatari refugee camp.

She also visited in September 2012 and June 2013 to mark world refugee day. Her visit in 2013 was her first public appearance with the UN refugee agency since her double mastectomy.

Speaking today she said: ‘It is heartbreaking to return to Jordan and witness the levels of hardship and trauma among Syrian refugees as the war enters its eighth year.

‘We in UNHCR are deeply grateful to the Jordanian people, for their generosity and humanity towards the victims of the conflict. Jordan, Lebanon, Turkey and Iraq now host nearly 5 ½ million Syrian refugees between them.

‘They really are an example to the world, at a time when solidarity with refugees is in short supply.

‘We should be under no illusions that this is a crisis that has been out of control for years.’ 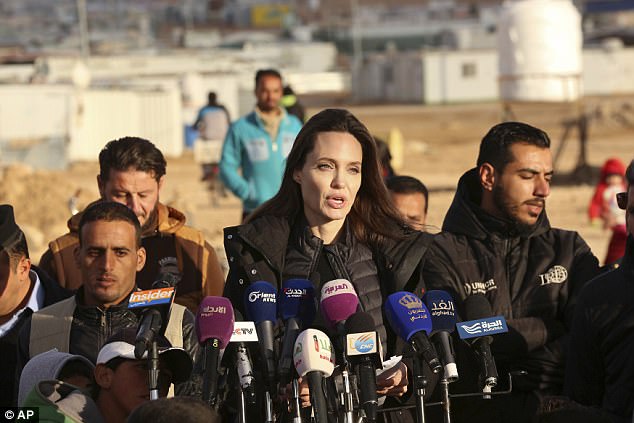 The actress said most Syrian refugees had exhausted any savings they had and the vast majority were surviving on less than three dollars a day.

She said: ‘This means families going without sufficient food, children unable to get medical treatment, young girls vulnerable to early marriage and many Syrians facing their seventh winter without proper shelter.’

The 42-year-old movie star then called on world powers to find a ‘viable political settlement’ to end Syria’s civil war saying that was the only way to ‘end the human suffering and the strain on host countries’.

‘Humanitarian aid is not a long-term solution’, she explained.

‘And to be clear, no one wants to get off aid relief more than Syrian families. For such an educated, capable people, it is soul-destroying to be made this dependent.’ 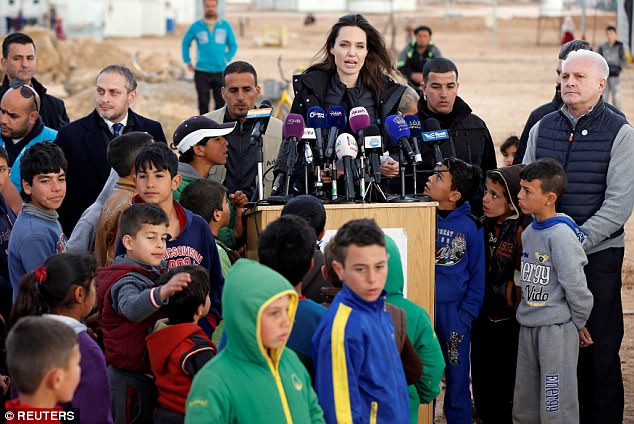 Jolie told the refugees she was very proud of them and that ‘you’re very strong, all of you’

She added: ‘We should never forget that the war began with demands by Syrians for greater human rights. Peace in their country has to be built on that.

‘It cannot be built on impunity for the targeting of civilians by all sides, the bombing of schools and hospitals, barrel bombs, torture, chemical weapons and rape used as a weapon of war.

‘It must be built on accountability – for instance, justice and recognition for the years of violence that women in Syria have faced.

‘So that is my message to the international community today: yes, of course, please do more to help meet the needs of desperate Syrian families, and the countries hosting them.

‘But above all please provide the leadership and strength needed to negotiate a principled end to this senseless war – without sacrificing the dignity and human rights of Syrian families.

The Zaatari refugee camp opened in 2012, one year after the anti-government protests turned violent in Syria.

It is the largest refugee camp in Jordan housing almost 80,000 Syrian refugees.

Many of the residents have been living there for several years.

Jordan hosts more than 650,000 registered Syrian refugees, according to the UN refugee agency. 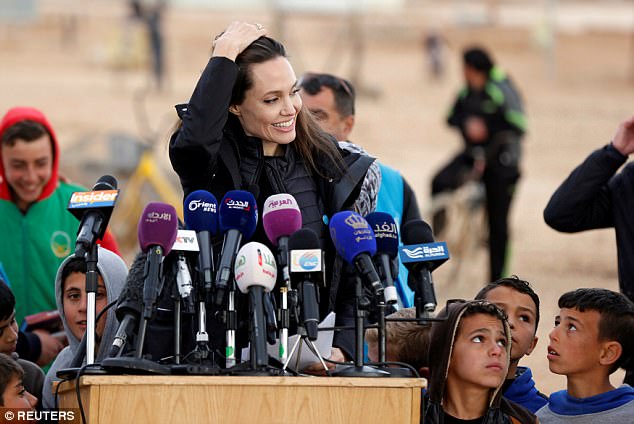 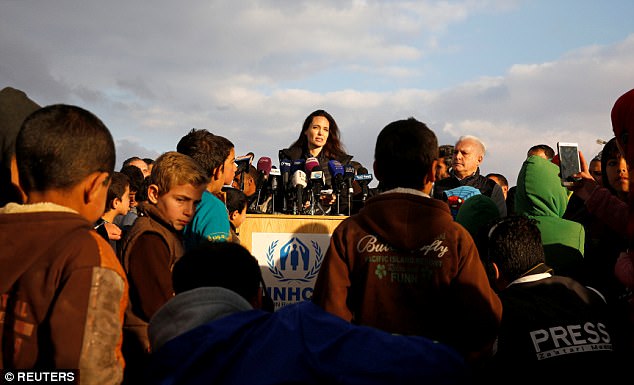