With fight night against Carlos Takam just one week away Anthony Joshua took to Twitter to show the world he is ready to defend his IBF world heavyweight title.

The 28-year-old champ shared 35 seconds of gym footage with his 1.55million followers.

In the video, Joshua looked sharp as he showed off his speed with a flurry of fast punch combinations. 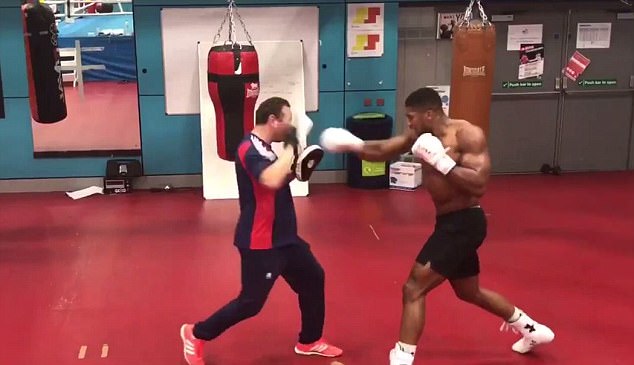 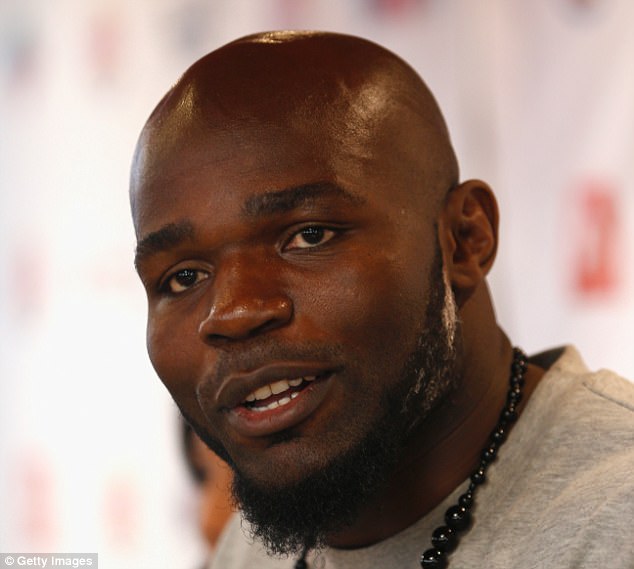 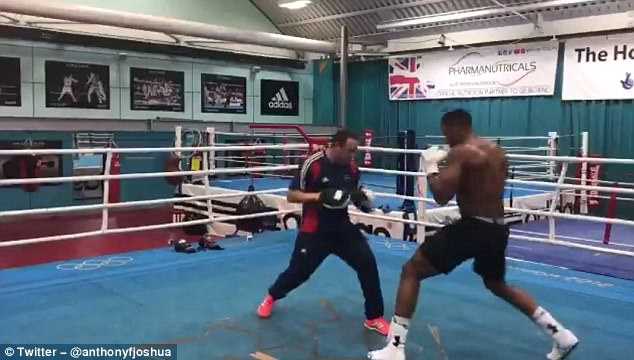 He signed off from social media for a short time by accompanying the footage with the message: ‘Brb, family time. Enjoy the weekend!’

Joshua only discovered that he would be fighting Takam this week, after his original opponent Kubrat Pulev pulled out with a shoulder injury.

Such a late change has the potential to unsettle any fighter but Joshua remains a huge favourite to retain his belt in Cardiff on October 28.

The 19-0 Brit is heavily odds-on to beat 36-year-old Cameroonian Takam, with a knockout victory expected, likely inside six rounds.

But Takam has only lost three of his 39 professional fights, drawing one, with 27 of his 35 wins coming by KO. 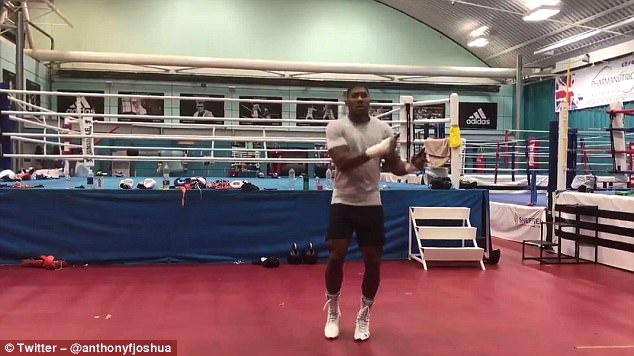 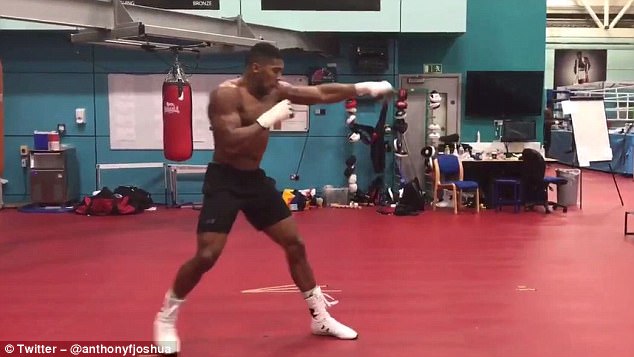 Joshua was then seen shadow boxing, throwing fast punch combinations with his right and left 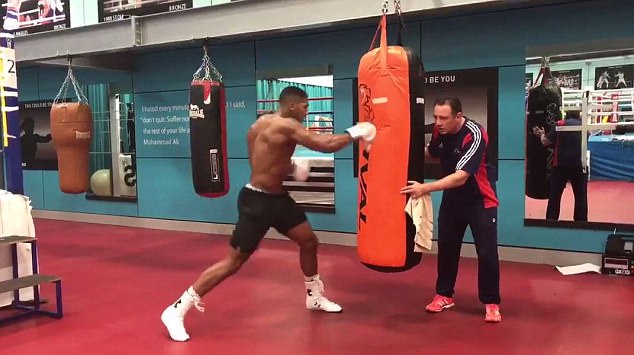 The video also showed Joshua working a large punching bag, which his coach held in place 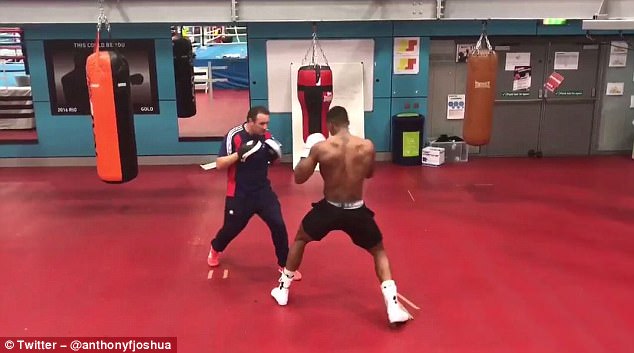 The coach was Rob McCracken, who led the British boxing team at the London 2012 Olympics