Anthony Weiner meets up with mystery man for over an hour

Anthony Weiner did not let his impending prison sentence get him down on Tuesday as he spent the afternoon out and about in New York City.

The disgraced politician was spotted leaving his Manhattan apartment around noon on Tuesday and heading uptown, where he met up with a mystery man at his midtown hotel.

The pair spent a little over an hour inside before leaving the hotel together, with Weiner hopping on the subway to head back home.

Weiner was outfitted in the same khaki shorts, blue basketball sneakers and orange Mets cap he wore one day prior, changing only his shirt.

Meet and greet: Anthony Weiner spent an hour at a midtown hotel in New York City on Tuesday (Weiner above with a mystery man) 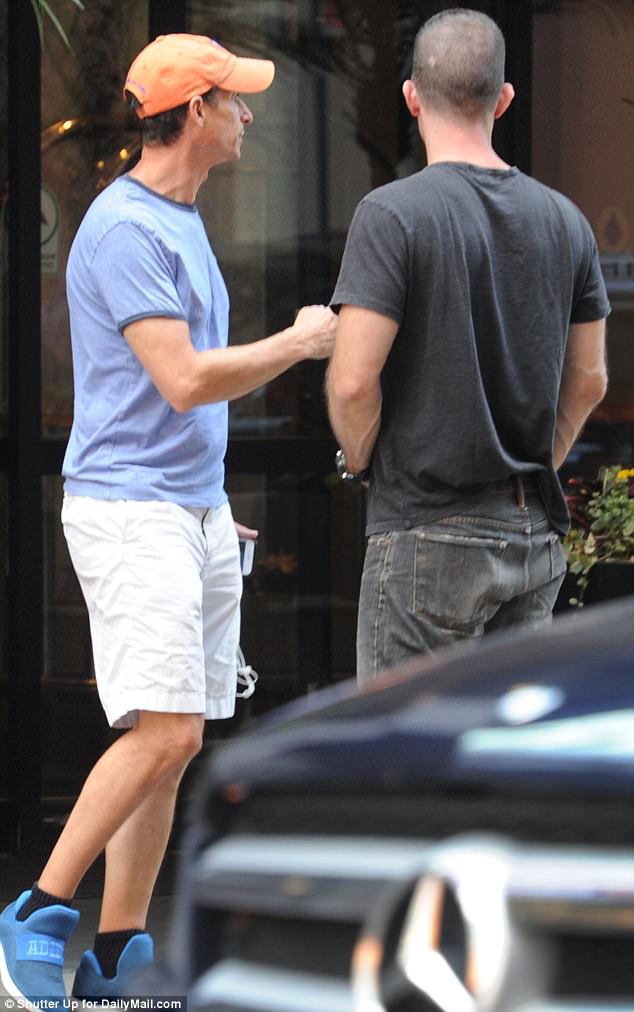 Shooting the breeze: The disgraced politician arrived at the establishment shortly after noon and left with a mystery man 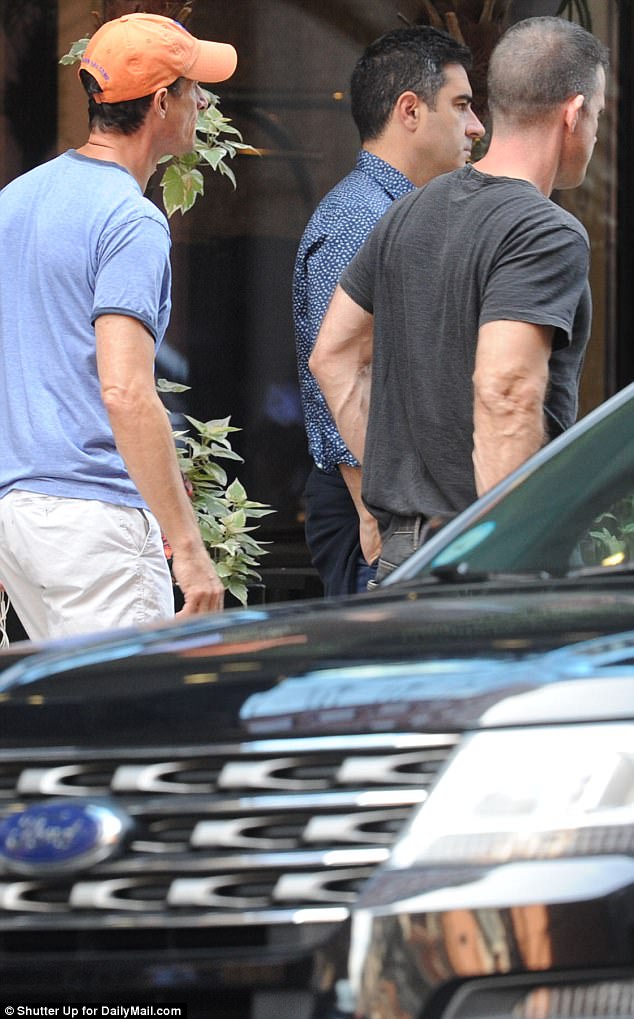 Away they go: Weiner and his friend talked as they walked away from the hotel 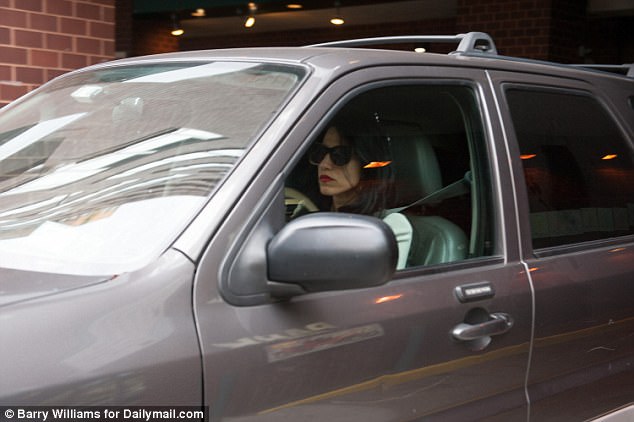 Wheels on fire: Huma Abedin was seen pulling out of the couple’s apartment (above) soon after Weiner arrived home 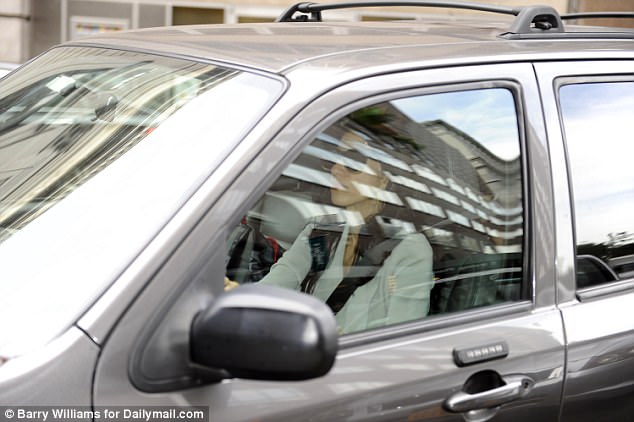 Pull out: Huma was seen driving the same car she had been spotted in earlier that day while taking her son to school

Weiner did his best to stay incognito as he rushed out of his house and to the Union Square subway station on Tuesday.

He then hopped on a train like the other commuters before getting off in Times Square and walking to a nearby hotel.

He entered the establishment alone, and then left with the mystery man an hour later, with the two speaking briefly outside before they parted ways.

Once he arrived back home, estranged wife Huma made her way out of the building.

The top aide to Hillary Clinton has agreed to let Weiner stay in their apartment before her reports to prison next month.

The two did spend some time together on Tuesday as they drove son Jordan, 5, to school, with Weiner lurking inside the family car while Huma brought the boy to class. 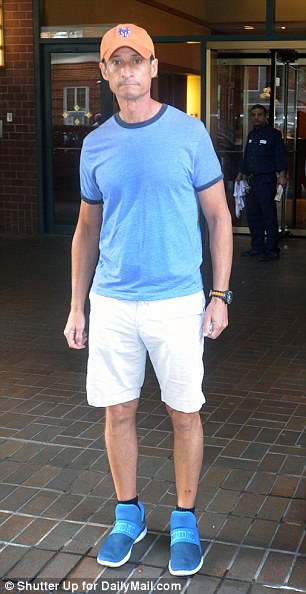 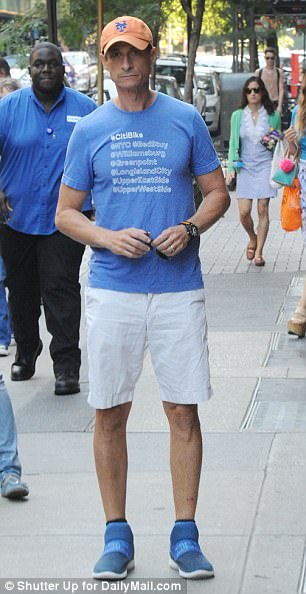 Get the look: Weiner was wearing the same shorts, sneakers and Mets cap he wore on Monday, as well as a similarly colored t-shirt (Weiner on Tuesday left, Monday on right) 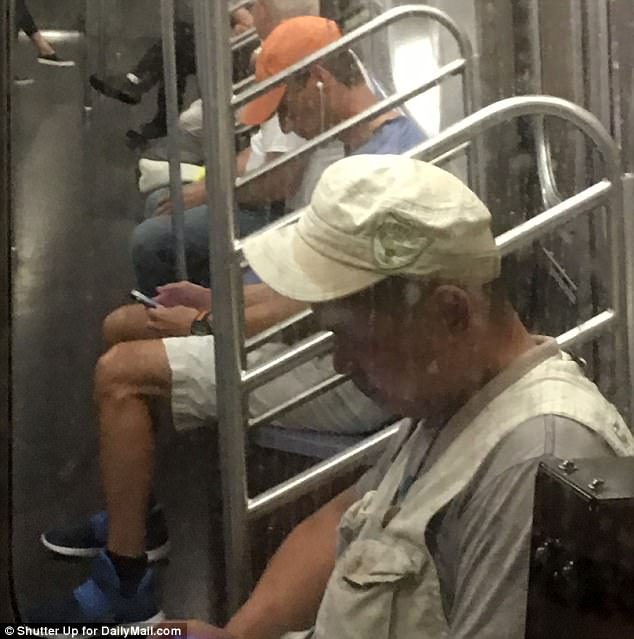 Incognito: Weiner made his way uptown on the subway from Union Square (above) 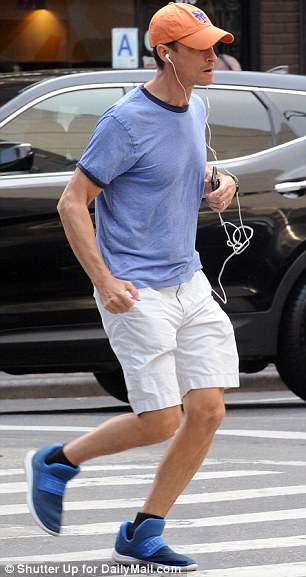 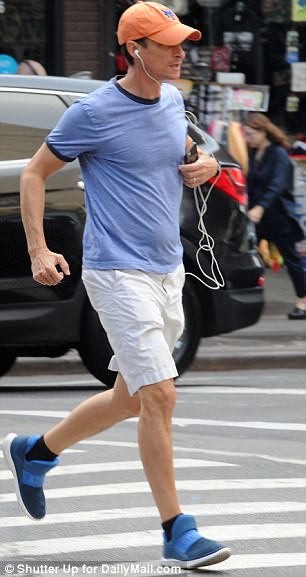 Ready to run: Weiner dashed from the subway to the hotel after getting off in Times Square 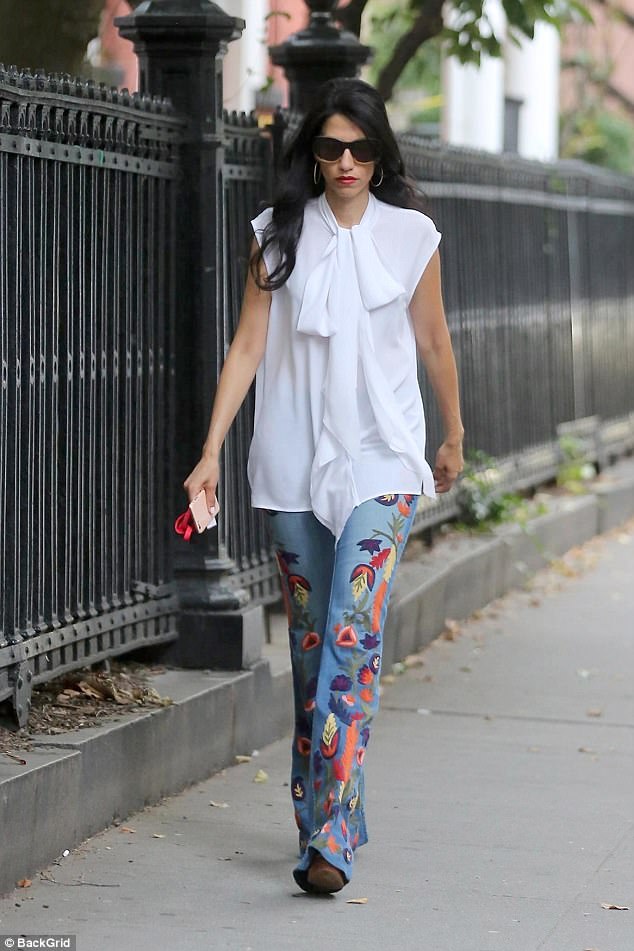 Sour flower: Huma Abedin was seen earlier in the day walking her son Jordan, 5 , to school in Manhattan (above) 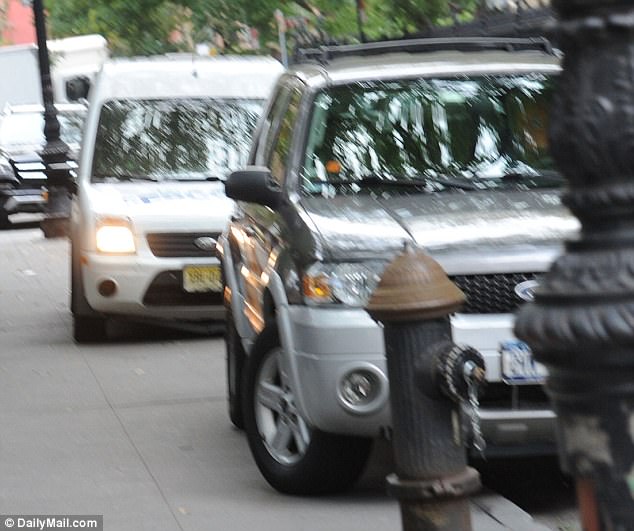 In plain sight: Weiner hid out in the car (above) while Huma made her way into school with Jordan

On Monday, a judge ordered Weiner to serve 21 months in prison for having illicit contact with a 15-year-old girl using Skype and Snapchat, a story that DailyMail.com broke last September.

The former Democratic congressman from New York had faced up to 27 months behind bars after his guilty plea to one charge of transferring obscene material to a minor.

Weiner’s sexting habit destroyed his career in Congress, his campaign for mayor and his marriage to Adedin.

It also became an issue in the closing days of 2016 presidential election when then FBI Director James Comey cited emails discovered on a laptop used by Weiner to justify reopening the probe of Clinton’s private computer server.

Weiner called his crime his ‘rock bottom’ as he spoke just before a judge in New York City sentences him for his sexting crime.

Weiner fought back tears and occasionally cried Monday as he read from a written statement on a page he held in front of him in federal court.

He also said he was ‘a very sick man for a very long time.’