Alison Chabloz, 53, arrives at Southwark Crown Court in London today where she lost her appeal against  the UK’s first ever conviction for Holocaust denial on social media.

An anti-Semitic songwriter who compared Auschwitz to a ‘theme park’ and mocked the murder of Anne Frank in ‘disgusting’ songs shared on YouTube today lost an appeal against her conviction.

Alison Chabloz, 53, who arrived at Southwark Crown Court wearing a ‘white pride’ badge with links to neo-Nazi groups and the Ku Klux Klan, had her case thrown out by a judge.

Chabloz had caused disgust by making music videos with lyrics that claim the Jewish community have exaggerated or made-up claims about the Holocaust.

She also mocked Anne Frank and laughed during her trial last year as the court heard how she mocked Jews being fashioned into lampshades, having their heads shrunk and being turned into bars of soap.

She was convicted of three charges of sending by a public communications network an offensive, indecent or menacing message or material last May.

District judge John Zani had said he was satisfied the material was grossly offensive and that Chabloz had intended to insult Jewish people and was not an attack on free speech.

He told the court that although anti-Semitism and holocaust denial are not criminal offences, Chabloz’s attitude to the Holocaust is ‘highly relevant to her state of mind’. 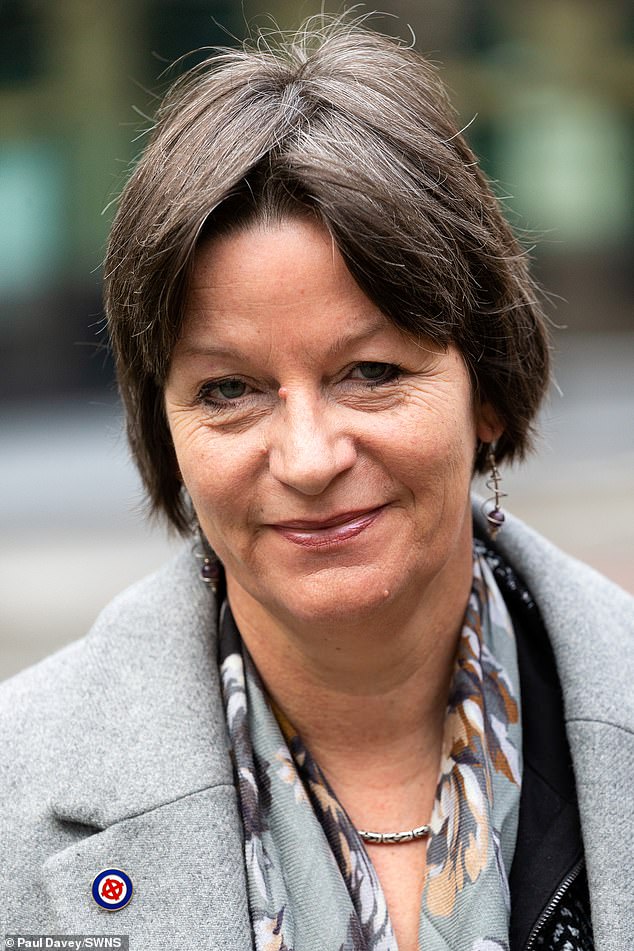 He said: ‘Our factual conclusion, formed with the particular benefit of hearing her give evidence, can be more plainly expressed: she is a Holocaust denier.

‘While not a historian Ms Chabloz clearly has an extensive, albeit highly selective interest in history.

‘During her evidence, she made rapid-fire reference to a bewildering array of sources, although it was striking how dismissive she was of anything that might contradict the narrative to which she subscribes.

‘She is manifestly anti-Semitic and utterly obsessed with what she perceives to be the wrongdoing of Jews and their disproportionate influence in politics, the media and banking in particular.

‘In relation to questions involving the Holocaust in particular and Jews more generally she appears to us quite simply to have lost all sense of perspective.

‘[The songs] weave together Holocaust denial and hateful attacks on Jewish people generally, by reference to well-known anti-Semitic tropes.’

Gideon Falter, Chairman of Campaign Against Antisemitism, said: ‘Alison Chabloz is a remorseless and repulsive antiSemite who has spent years obsessively inciting others to hate Jews, principally by claiming that the Holocaust was a hoax perpetrated by Jews to defraud the world. Other antiSemites who believe that they can abuse the Jewish community online with impunity should take note.’ 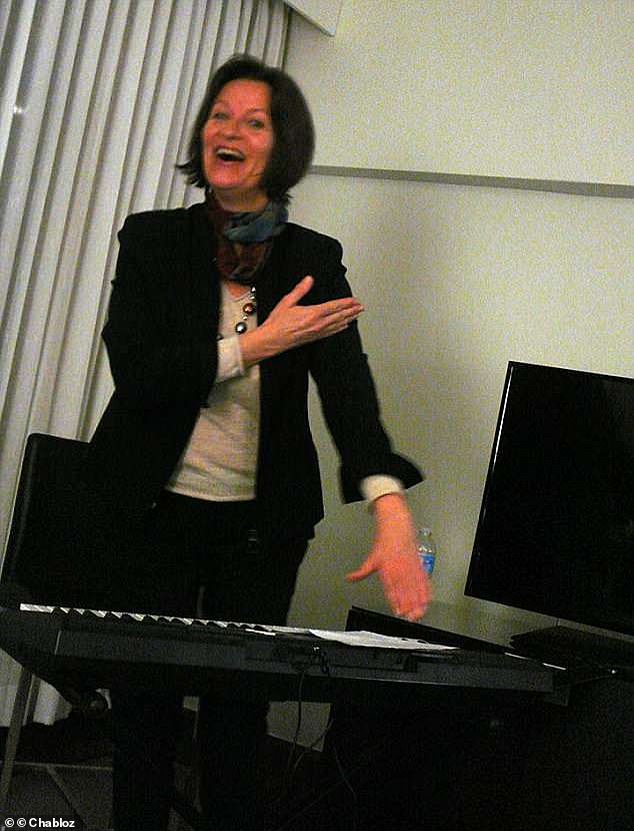 Chabloz, pictured performing the anti-Semitic quenelle gesture, as she performs one of her songs online

Judge Christopher Hehir upheld each of the three convictions relating to the three songs.

Two of the songs were performed at a central London hotel for the infamous right-wing group The London Forum. Chabloz was said to have linked the two songs to her blog. 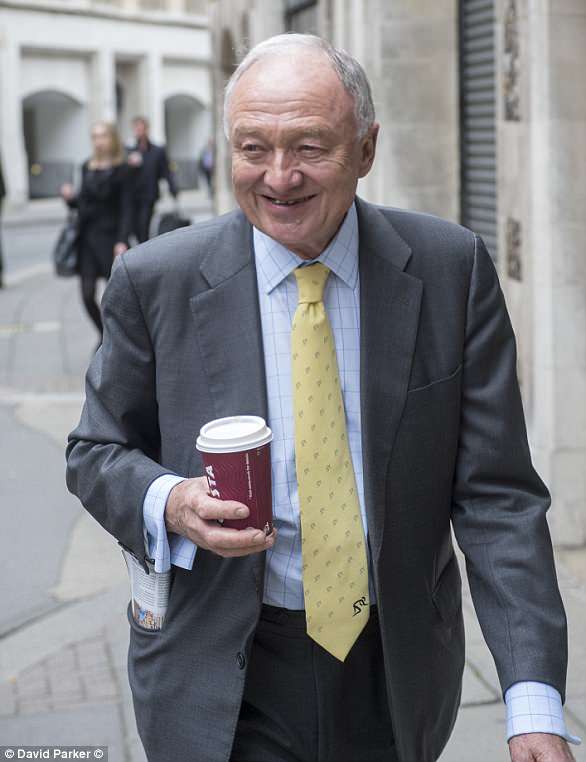 Alison Chabloz used her website to defend Ken Livingstone, who resigned from the Labour Party last year in the wake of his comments about Hitler and Zionism.

She called concerns about anti-Semitism in the Labour party a ‘plot to smear Jeremy Corbyn’.

In one article, she wrote: ‘Last week, British veteran politician and former Labour Mayor of London, Ken Livingstone, was set up and harangued by arch-Zionist colleague – the despicable John Mann MP – concerning the Labour party’s suspension a day or two earlier of novice MP for Bradford West, Naz Shah.

‘In fact, Zionists had been trawling Shah’s Facebook posts of the past two years and had found an ancient post where she suggests Israeli Jews should be relocated to the United States.

‘Of course, all this is part of a bigger plot on the part of Zionists – both Labour and Tory – to discredit and smear the Labour leader and veteran left-winger, Jeremy Corbyn. More on that later.’

Later on in the post dated from May 2016 she posted comments claiming there was ‘no proof’ of many Nazi actions against Jews in World War Two.

The other was posted to Youtube by Chabloz herself, it was said.

Judge Hehir ruled that the first song entitled ‘(((Survivors)))’ was ‘grossly offensive’ and made ‘tasteless references’ to holocaust victims and survivors.

The second song, ‘Nemo’s Anti-Semitic Universe’ was said by Chabloz to relate to an ongoing dispute online with a troll called Nemo.

Judge Hehir again said the song was ‘grossly offensive’ and ‘incorporates tropes about the supposed Jewish love of money’.

The song is also said to describe Auschwitz death camp as a ‘holy temple’ and a ‘theme park’ which the judge said was a ‘particularly sickening use of words’.

The third conviction, relating to a song posted by Chabloz herself on Youtube called ‘I prefer it this way – SATIRE’ was similarly ruled by the judge as ‘grossly offensive’.

He said: ‘It blames Jews for their sufferings, and brands them as thieves, liars and usurers. That is woven into sickening holocaust-related references’.

Chabloz was sentenced to 20 weeks imprisonment suspended for two years and banned from social media for a year.

She had previously supported former Labour party member Ken Livingtone, who quit the party last month following a row over his comments about Hitler.

It emerged that messages she had written online since her conviction had led to her followers posting abusive comments about Judaism and death threats to the trial judge, John Zani.

Westminster Magistrates’ Court has previously heard how Chabloz described Auschwitz as ‘a theme park for fools’ in one of her songs entitled (((survivors))).

The blogger, who describes herself as a revisionist, denied sending offensive material.

She claimed that the prosecution brought against her is an attack on her freedom of speech, although she admitted to police that her songs were ‘close to the bone’.

But despite her claims, she was convicted of three charges last year.

Alizon Chabloz a controversial blogger who said the gassing of millions of Jews was a hoax, was kicked out of the home she shared with her elderly parents last May and hasn’t spoken to her daughter for three years.

On May 25th 2018 she was convicted at Westminster Magistrates’ Court of three charges relating to her songs when judge John Zani said he was satisfied Chabloz intended to insult Jewish people.

Chabloz beamed when she arrived at court and her supporters cried ‘shame’ from the public gallery during the hearing in London last year.

However, behind her bravado, the YouTube blogger who claimed the Holocaust was a hoax, has a bleak personal life. 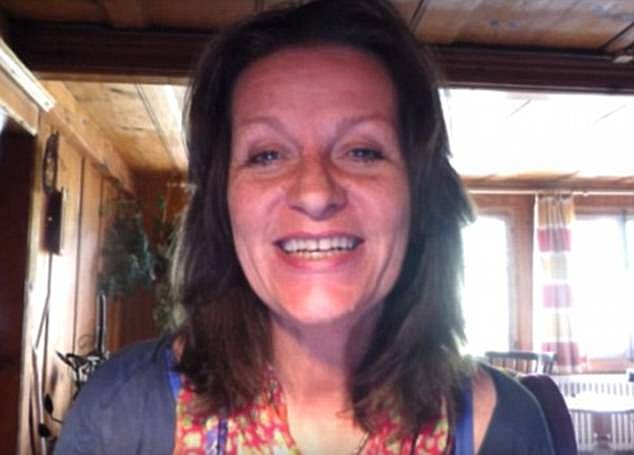 She had been jobless since 2014 when she was ordered off a cruise ship where she worked – and was forced to move into the home of her parents, Leslie and Audrey Tyrer, in Charlesworth, Derbyshire.

Following her sentencing last year Mr Tyrer, 78, a retired insurance broker, told MailOnline that he had kicked her out several months ago.

‘I have no contact with her,’ he said. ‘The last thing I want in life is my 50-odd-year-old daughter getting in contact with me. She used to live here at the family home but doesn’t now.’

Her daughter Carmel, 26, a ski instructor, who lives with her father above his small flooring business in the pretty mountain village of Chateau D’Oex, hasn’t spoken to her mother for three years. 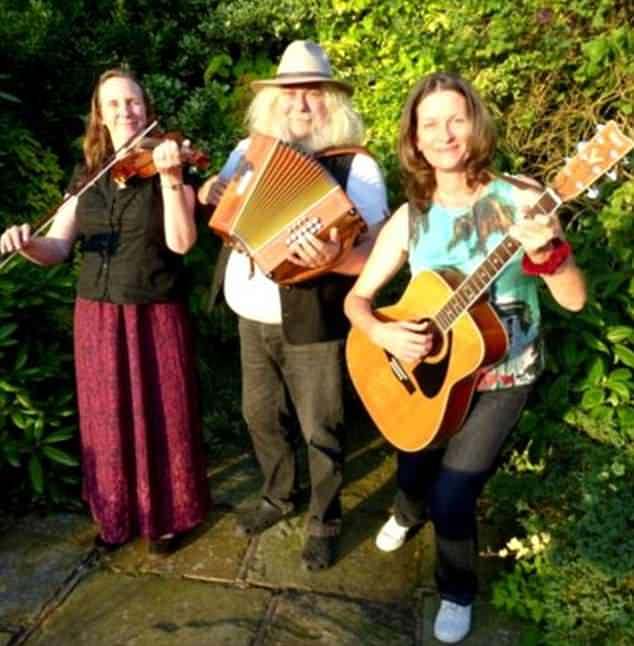 Chabloz, who was born in Manchester, has been abandoned by her family over her holocaust denial. She was also kicked out of a band she played in called Pig In The Middle (pictured). Bandmate Ralph Smethurs (right) described her as ‘highly manipulative and controlling’

‘I’m not in contact with my mother at the moment and I don’t know anything she’s doing,’ she said.

Carmel’s father Pierre, who was married to Chabloz for 22 years, has ‘cut all connection’ to her, as has his brother Christophe Chabloz, according to Christophe’s ex-wife, Isabelle.

‘We have no contact with her at all, nothing and we don’t even know where she is,’ said Isabelle, who lives in nearby Échallens.

Chabloz, who went to school at Bredbury Comprehensive, in Stockport, was sacked by the German cruise company Aida when an activist complained about her anti-Semitism and was left stranded in Germany when she was unable to board the ship. 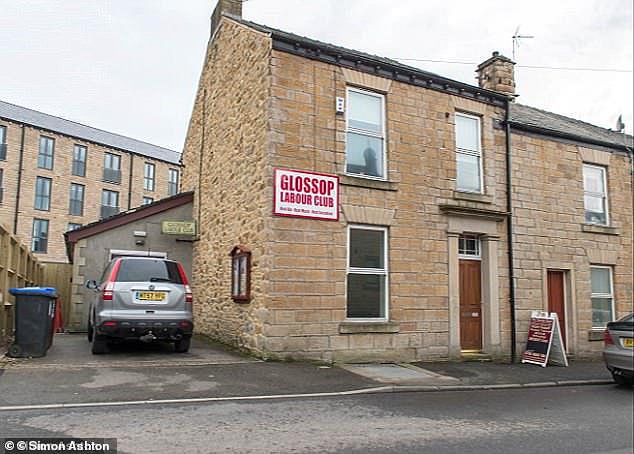 A former friend Fiyaz Mughal, founder of anti-Islamophobia charity Tell MAMA, initially stood by her and offered her money to get home.

But he told MailOnline it was a mistake: ‘We felt used and it was a wake up call for us that anti-Semites were trying to use us.’

In 2016, Chabloz was expelled from her folk band, Pig In The Middle, because of her ‘obsessive anti-Jewish fixation’.

Ralph Smethurs, one of her two former bandmates, said that he ‘wouldn’t touch her with a bargepole’.

‘She is highly manipulative and controlling, and she has daft views,’ he said.

‘She said she seriously suspected the earth was flat. We tried to turn a deaf ear but we couldn’t ignore it. She’s crackers. It’s a shame because we had a good sound.’

The same year she was barred from the Edinburgh Fringe comedy festival after being pictured performing the anti-Semitic quenelle gesture, a reversed Nazi salute.

She was also barred from her local Labour social club where she used to perform at pro-Palestinian events. 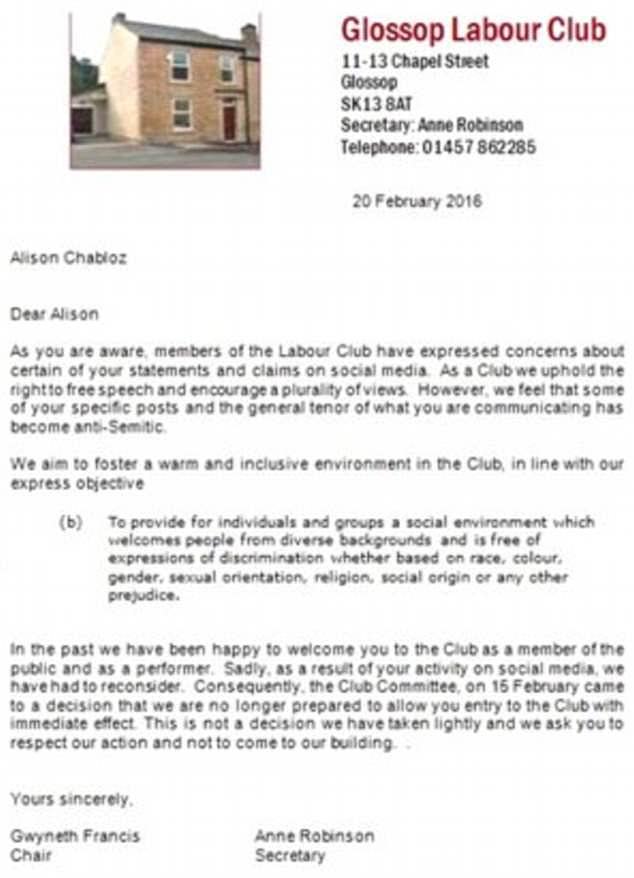 A letter from the Glossop Labour Club to Alison Chabloz banning her from the premises. In it they said: ‘We feel that some of your specific posts and the general tenor of what you are communicating has become anti-Semitic.’

In a letter, they told her: ‘We feel that some of your specific posts and the general tenor of what you are communicating has become anti-Semitic.’

Gwyneth Francis, the club secretary, added: ‘We had absolutely no idea about her racist views and if we had we would never have been associated with her.’

Chabloz, who studied at University of Liverpool before moving to music college in Geneva where she met Pierre, describes herself as a ‘white nationalist’ on her blog. Alison Chabloz, third from left, poses with former bandmates at a pro-Palestinian concert at the Glossop Labour Club. She has since been thrown out of both band and club

She previously claimed she was being victimised because of her talents as part of an effort to cut down the ‘tall poppies’ and ‘spoil the chances of a nationalist revival’.

In a show of defiance, during her trial Chabloz even travelled to France to perform at the IV Forum De l’Europe, a far-Right nationalist convention.

She also attended a march by the Parti Nationaliste Français, an extreme French far-Right party, where she posed with a statue of Joan of Arc.

In April last year she appeared on an underground anti-Semitic internet radio programme when she said: ‘There is something in Jewish behaviour which leads to them being hated… in fact it’s the Jews who’ve never learnt.’

And last year she performed at the London Forum, a ‘white supremacist’ event where the notorious Holocaust denier David Irving gave a rambling speech and Chabloz again performed the quenelle salute.