A mass COVID-19 vaccination site at LA’s Dodgers Stadium was forced to temporarily shut down Saturday after dozens of anti-vaxxers descended on the venue and disrupted the long line of drivers waiting to get their dose.

About 50 protesters, including members of anti-vaccine and far-right groups, gathered outside the entrance earlier this afternoon with picket signs decrying the vaccine and casting doubt on the pandemic, the Los Angeles Times reported.

Members of the crowd were seen holding up placards reading: ‘COVID=SCAM’, ‘COERCION IS ILLEGAL’, and ‘Mark of the beast ahead’, as motorists lined up at the vaccine site, one of the largest in the country.

The demonstration prompted officials to shut the entrance at 2pm for an hour as precaution, stalling hundreds of motorists who had been waiting in line for hours.

About 50 protesters, including members of anti-vaccine and far-right groups, gathered outside the COVID-19 vaccination site at Dodgers Stadium in Los Angeles, disrupting the long line of drivers waiting to get their dose 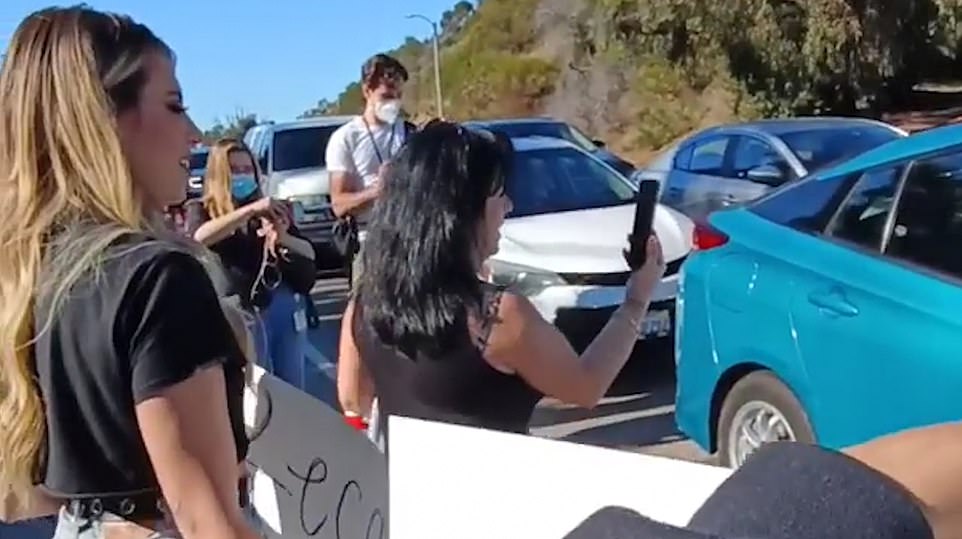 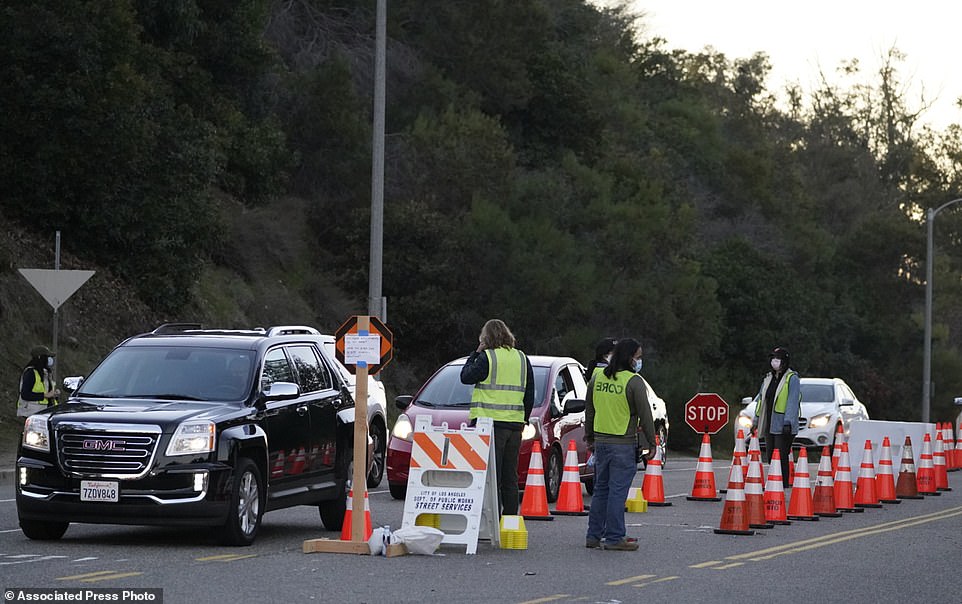 One man who drove from his home in La Verne and had been waiting for an hour for his vaccination when the stadium’s gates were closed, said activists were telling people the virus is fake and that vaccines are dangerous.

‘This is completely wrong,’ German Jaquez told the Times. ‘I’ve been waiting for weeks to get an appointment. I am a dentist; I am taking a big risk being around patients. I want to be safe for my patients and for my family. The vaccine is the only way to beat the virus.’

On Twitter, musician Mikel Jollett said he and his mother were among the hundreds of drivers waiting to get their shots when the line suddenly came to a standstill for ‘half an hour’.

‘There has been no communication from the LAPD as to how long the entrance will be closed. They closed the gate as the protestors approached, presumably to stop them from entering the facility itself. Now nobody is going in. This is the largest vaccination site in the country,’ he tweeted.

In a later update, Jollett said police squad cars eventually ‘arrived in force’ and opened the gates to the facility, forcing protesters to step aside and allow motorists to enter the stadium.

‘FINAL UPDATE: My 69-year-old high risk mom Bonnie got the jab! She said she could hardly even feel it. We teared up. We’ve waited a year for this. Get your vaccine. My love to all of your families,’ he said in a subsequent tweet.

LA resident Adam Michaelson, who had also driven to get the vaccine with his mother, said they nearly didn’t make it in due to the crowd of protesters.

‘Got my mom the #vaccine shot today at Dodger Stadium. Almost didn’t get in. Anti vax protesters blocked gates. Someone impersonating a cop directed cars out of line, others harassed people. Lots of MAGA hats & gear too. These people are cancers on our civilization,’ he said in a tweet.

The LAPD later released a statement confirming the site had been closed by the Los Angeles Fire Department, not the police, and said no incidents of violence were reported.

‘We are aware of social media posts referring to protestors showing up at the Dodger Stadium COVID-19 vaccination site. Preliminary reports are that protestors remained peaceful. The LAPD did NOT close the gates, and per LA City Fire, all scheduled vaccines will be delivered,’ police said on Twitter.

An official said the fire department planned to reopen the vaccination site about 3pm. The site is usually open from 8am to 8pm.

After it reopened, Governor Gavin Newsom tweeted: ‘We will not be deterred or threatened. Dodger Stadium is back up and running.’

We’re at the mass vaccination site at Dodger Stadium to get my mom the vaccine. The anti–vax protestors have approached the entrance to the site. The LAPD have now closed the gate. We have been sitting here for about half an hour. Nobody is moving. pic.twitter.com/GrJPA5wrqx

A post on social media described the demonstration as the ‘SCAMDEMIC PROTEST/MARCH.’

It advised participants to ‘please refrain from wearing Trump/MAGA attire as we want our statement to resonate with the sheeple. No flags but informational signs only. 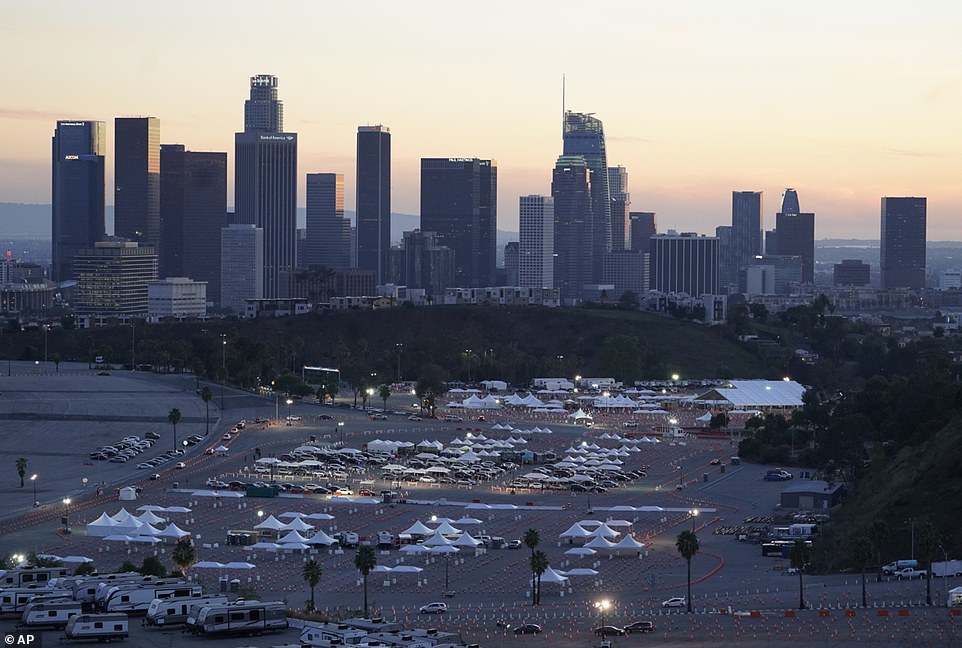 An official said the fire department planned to reopen the vaccination site about 3pm. The site is usually open from 8am to 8pm