Are YOU exhausted? Expert on how to get a spring back in your step

We all have the odd day when we feel exhausted, after a late night or interrupted sleep.

But an increasing number of us now admit to feeling tired all the time – an exhaustion epidemic so common that family doctors abbreviate it to ‘TATT’.

Just this week, a survey by the supplement brand Healthspan found that most of us feel lacking in energy for almost three hours every day.

Worryingly, 40 percent of those surveyed said they feel like they’re constantly ‘running on empty’.

While lack of good quality sleep is usually the main reason we feel tired, there are many other factors that can affect your energy levels either directly, or by interfering with sleep.

Here, I reveal some of the most common culprits – and what you can do to combat them…

There are many fixable factors, aside from poor sleep, that cause exhaustion, Dr Brewer warns

1. ARE YOU DRINKING MORE THAN A PINT OF BEER OR GLASS OF WINE A DAY?

Tiredness can result from drinking more than two units of alcohol a day.

This is because alcohol interferes with your natural sleep cycle.

Yes, it can help you drop off to sleep more quickly, putting you into so-called ‘deep sleep’, but as the night goes on, you spend less time in deep sleep and also less time than usual in the restful, Rapid Eye Movement (REM) stage of sleep.

Avoid alcohol for a few weeks to see if symptoms improve – most people quickly notice they sleep better.

Milk thistle and globe artichoke supplements can help to support your liver if your intake has been high. If you have difficulty cutting out alcohol, seek medical advice.

Many people don’t realise it, but tiredness is a common feature of depression, along with the more common symptoms such as low mood, tearfulness, reduced sex drive and general loss of interest in what’s going on around you.

Do seek medical advice, as you may need referral for talking therapies or antidepressant medication.

3. ARE YOU TOO RELIANT ON CAFFEINE?

In small doses, caffeine is energising, but too much will drain your energy levels and lead to restlessness, insomnia, headache, anxiety and fatigue.

Too much caffeine mimics the stress response and can leave you feeling drained of energy.

Don’t cut back suddenly or you may get withdrawal symptoms – cut back slowly and stick to just two or three caffeinated drinks per day.

Tea is better than coffee as it contains an amino acid called L-theanine which has a relaxing effect that helps to neutralise the effects of caffeine.

Occasionally, persistent tiredness is linked with illnesses such as coeliac disease and gluten intolerance, hidden infections, diabetes, irregular heartbeat, heart failure, autoimmune conditions (such as psoriasis or rheumatoid arthritis), liver, lung or kidney problems, or even cancer, and your doctor will want to investigate to find out the cause.

Persistent tiredness is not a symptom you should ignore, yet the new survey found that 78 percent of those experiencing tiredness had not sought medical advice.

It’s also worth checking whether your symptoms could be related to carbon monoxide poisoning.

This is usually caused by incorrectly installed, poorly maintained or poorly ventilated household appliances – such as cookers, heaters and central heating boilers.

Fit a carbon monoxide detector in your home, choosing one that emits a noise rather than changing colour which you may not notice.

4. COULD YOU HAVE ANEMIA?

If tiredness is accompanied by paleness, feeling faint, shortness of breath, palpitations or rapid pulse, you could have anaemia which may be due to lack of dietary nutrients (iron, vitamin B12 or folic acid) excessive blood loss (e.g. heavy periods, bleeding ulcer), reduced production of red blood cells (e.g. bone marrow or kidney problems) or to increased destruction of red blood cells (some immune conditions).

See your doctor for a check-up to diagnose the cause – you may need a blood test to check your hemoglobin and, if indicated, your iron or B vitamin levels.

5. ARE YOU UNUSUALLY SENSITIVE TO HEAT OR COLD?

If tiredness persists, it is important to rule these out – especially if thyroid problems run in your family.

6. ARE YOU TAKING ANY MEDICATION?

Tiredness is a side effect associated with many prescribed drugs – especially statins and medicines prescribed to treat conditions such as high blood pressure, such as beta-blockers.

Check the Patient Information Leaflet supplied with your medication to see if tiredness is listed as a recognized adverse effect.

If so, talk to your doctor about other treatments that may suit you better.

Lack of exercise and carrying excess weight can leave you feeling tired through effects on your metabolism and liver function.

Start a gentle exercise programme and steadily increase the amount of effort you put in.

Aim to exercise every day for at least 30 to 60 minutes – brisk walking is ideal.

Invest in a pedometer or fitness tracker and slowly increase your goal steps until you can manage at least 7,000 steps per day easily – and preferably 10,000.

Healthspan NutriCoach can help you achieve your activity and nutrition goals.

8. COULD YOU HAVE UNDIAGNOSED DIABETES?

Tiredness and fatigue can accompany both type 1 and type 2 diabetes.

If tiredness persists, it’s important to see your doctor for a diabetes screen, especially if you are overweight, are losing weight unexpectedly, are experiencing visual changes, or if diabetes runs in your family.

Other symptoms associated with diabetes can include feeling unusually thirsty, passing increased amounts of urine or experiencing recurrent infections such as thrush, cystitis or boils.

9. HAVE YOU HAD FLU THIS WINTER?

Tiredness can persist for several months after a viral illness such as flu – something many people don’t realise – or glandular fever.

Not everyone is affected, and it’s important not to assume this is the cause until other conditions have been ruled out.

10. BE HONEST – ARE YOU REALLY GETTING ENOUGH SLEEP?

It may seem obvious, but a lack of sleep is one of the most common causes of tiredness, with the Healthspan survey showing that lack of energy was often associated with a sleepless night.

Early mornings account for more than a third of the nation’s sleepiness and all parents know how badly sleep can be disrupted when you have children.

If nodding off is the problem, having a relaxing bath filled with magnesium bath flakes will help – I cannot recommend this enough.

Supplements such as valerian or 5-HTP are also effective sleep aids and have the advantage of not leaving you feel groggy next morning (as some prescribed sleeping pills do) and are not addictive. 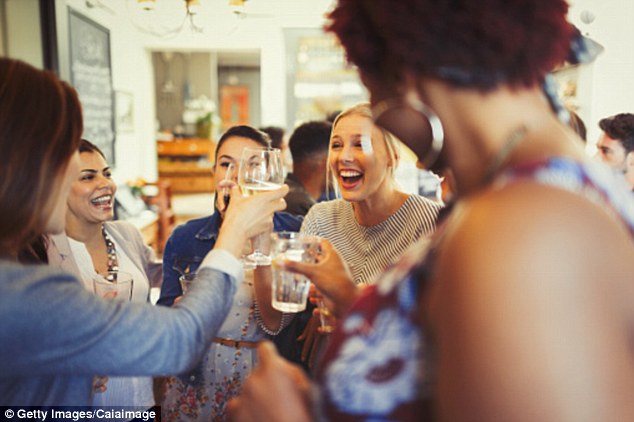 There are so many nutrients involved in preventing tiredness and fatigue, including B vitamins (folate, B2, B3, B5, B6, B12), vitamin C, iron and magnesium (good sources of these are wholegrains, nuts, seeds, beans and green leaves) so yo-yo dieting, or cutting out certain food groups can be a prime energy sapper.

Diet should always come first, but if you’re running on empty, a multivitamin and mineral supplement plus added vitamin D (see below) is a good idea.

If you follow a plant-based diet, and are lacking in energy, a lack of iron (which is best absorbed when bonded with hemoglobin, from eating meat) may be involved.

Crucially, fruit and veg are important sources of vitamins, minerals and co-enzymes needed for energy production in cells. If you don’t eat the recommended five-a-day or more, then you are likely to be deficient in micronutrients which can contribute to feeling tired all the time.

This is confirmed in the National Diet and Nutrition Surveys, which show that significant numbers of people do not get enough vitamin A, vitamin D, folate, iron, magnesium, potassium, calcium, zinc and selenium.

12. ARE YOU LOW IN THE SUNSHINE VITAMIN?

It’s that time of year when many of us haven’t seen bright sunlight on our skin for 6 months. As a result, it’s also the prime time of year at the end of winter for us to have low vitamin D levels.

While it’s widely recognized that lack of iron can cause tiredness due to iron-deficiency anemia, it’s not widely known that lack of vitamin D can cause fatigue.

This is most likely due to effects on skeletal muscle, leading to muscle weakness. Another possibility is that lack of vitamin D affects the immune system which could lead to excessive daytime sleepiness and fatigue.

The UK Government recommends we take 10mcg of vitamin D a day.

Personally, I think this is too low and usually recommend 25mcg per day for adults aged under 50, and 50mcg (oil-based for optimum absorption) for those aged 50+.

There are many new ways of taking vitamin supplements today e.g Healthspan Vitamin D3 Super Gummies, to Peppermint flavoured sprays or tablets to make it easier to support the diet.

The new survey found that tiredness was associated with busy work schedules, high workloads, long meetings and working long hours and having a demanding boss.

These can all lead to physical and emotional stress and tiredness related to elevated stress hormones.

Take a well-deserved holiday and use relaxation techniques such as yoga, tai’chi and meditation to help you recover.

Yes, it can be difficult to find the time when you are busy, but you will feel better afterwards and your productivity will improve so it’s worth making the effort.

Traditional herbal remedies that help the body adapt to stress and give it an energy boost include Panax ginseng and Rhodiola rosea.

14. COULD YOU BE DEHYDRATED AND NOT REALIZE IT?

Dehydration is a common cause of tiredness yet by the time you feel thirsty you are already significantly lacking in fluids.

Aim to get at least two to three liters of fluid per day from drinks and foods such as juicy fruits and soups.

Sip water regularly throughout the day – pure coconut water provides additional minerals and is particularly refreshing and tastes good, too!