A father whose daughter enlisted him to model her crochet designs has become an online star thanks to both his poses and his unwavering support for his child.

Jeff Beaver, 53, from Arkansas, has been proudly showing off his midriff in colorful crop tops and shorts created by his daughter, Emily Beaver, 28, who sells the items on her online shop, LoveBeav.

‘My dad has never been afraid to look silly, especially if he’s having fun doing it, so there was never any hesitation on his part,’ Emily told Good Morning America.

Jeff Beaver, 53, has been showing off his midriff in crop tops created by his daughter, Emily Beaver, 28, who sells the items on her online shop, LoveBeav 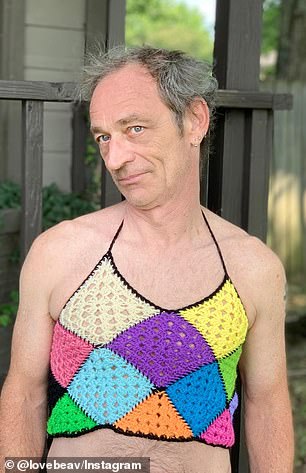 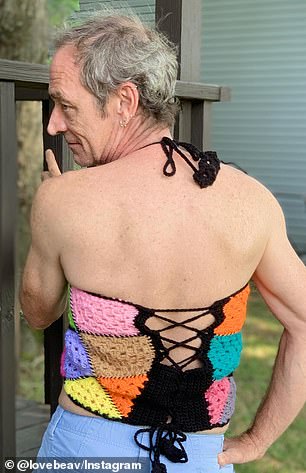 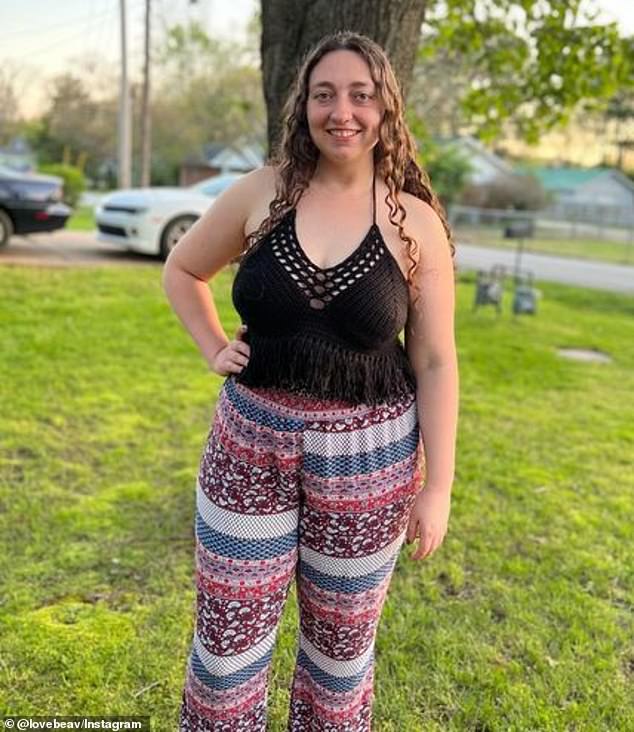 Emily started crocheting in 2015, but it wasn’t until 2021 that her business got a boost thanks to social media and her supportive parents

The artist started crocheting in 2015, and she soon developed a passion for making special pieces for her loved ones.

‘I set out with a mission to make unique crochet clothing specifically for myself, and found that I very much enjoyed seeing my creations on friends and the joy they get from wearing my art,’ she wrote on her website.

But it wasn’t until 2021 that social media — and her supportive parents — gave her business a boost.

Emily, who markets her designs on Instagram and TikTok, asked her father to start modeling for her after she noticed that a video of her mother, Amy Beaver, in one of her crochet pieces did particularly well. 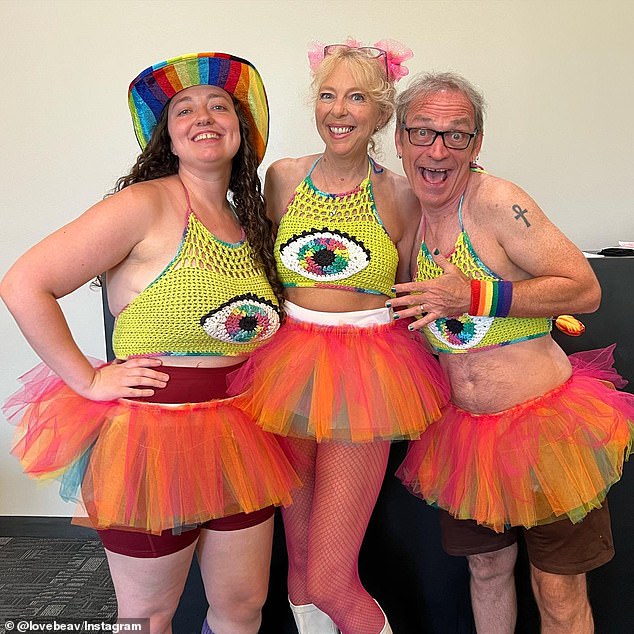 After noticing that a video of her mother, Amy Beaver, modeling one of her designs did particularly well, she decided to enlist her father as well 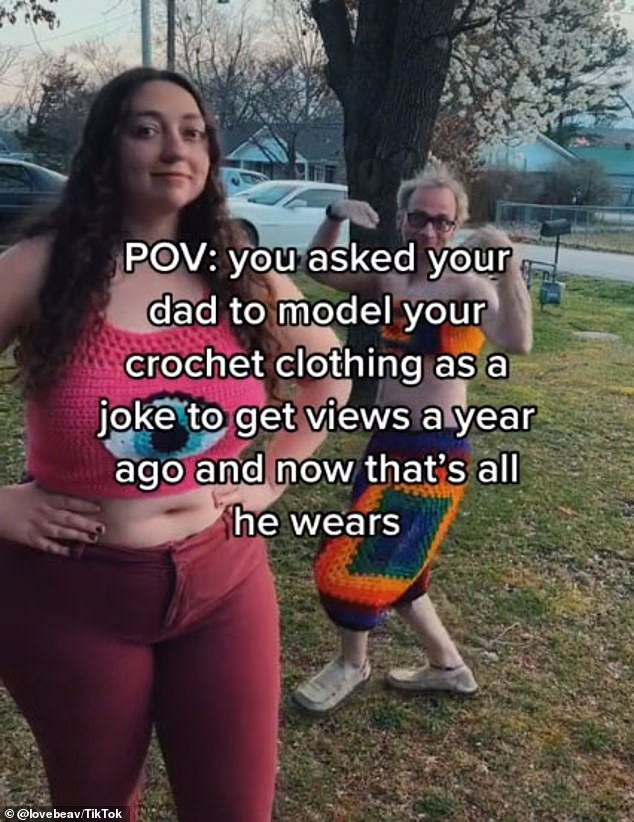 In her interview with GMA, she recalled thinking, ‘Why not try including Dad, as well?’

When Jeff isn’t posing by himself, he is joined by his daughter and wife, making the business a full family affair.

‘The internet totally ate it up, and every time I included my parents, I knew that there was something special about the concept of a family wearing crochet tops together, Emily explained.

She added that she went from having ‘barely any sales at all’ to ‘selling out [her] entire restock each month.’ 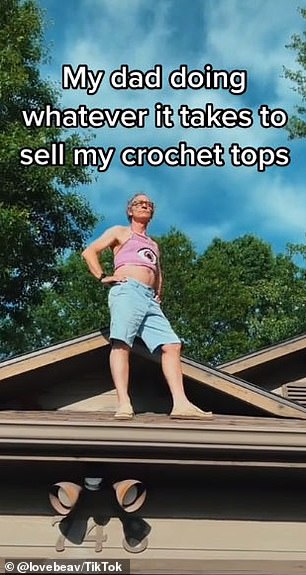 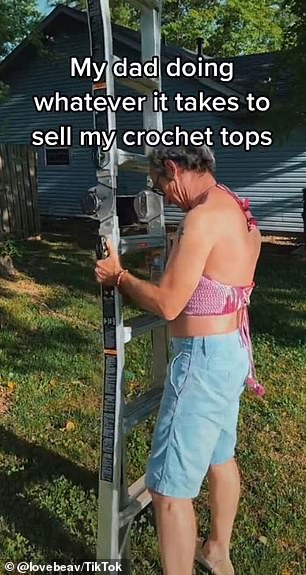 In one video, Jeff is seen climbing a ladder in an original LoveBeav crop top to pose for pictures on the roof 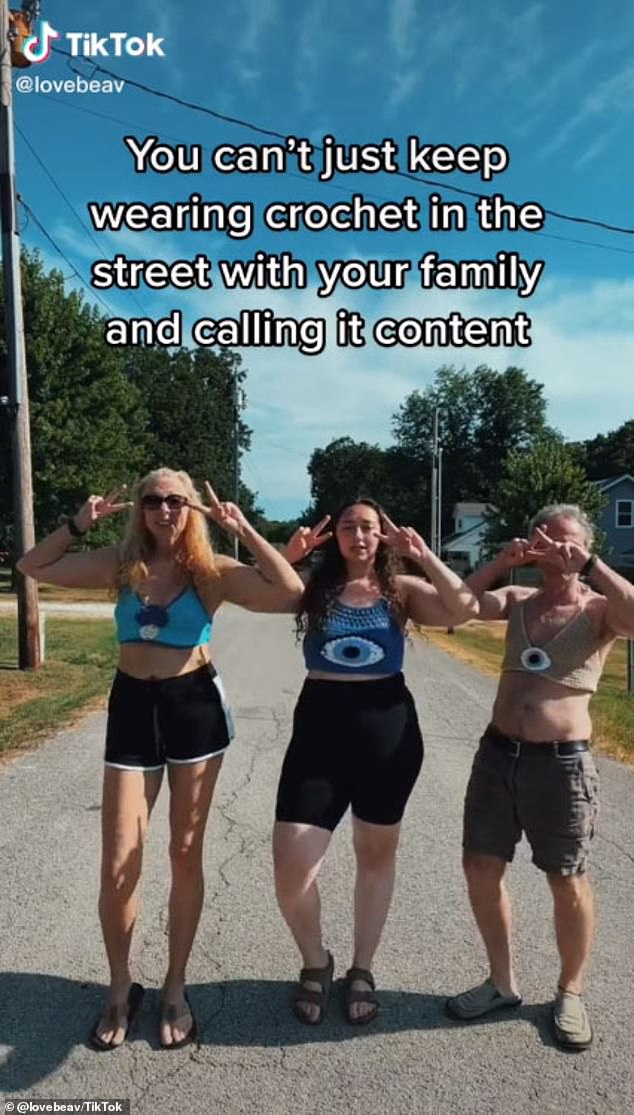 The online success has allowed her to quit her day job to focus on crocheting and content creation full time with her parents’ support. She has also been able to partner with some of her favorite brands, including Michael’s Craft Store.

In one video, the dad is seen climbing a ladder in an original LoveBeav crop top to pose for pictures on the roof

‘My dad doing whatever it takes to sell my crochet tops,’ Emily wrote in the on-screen text. 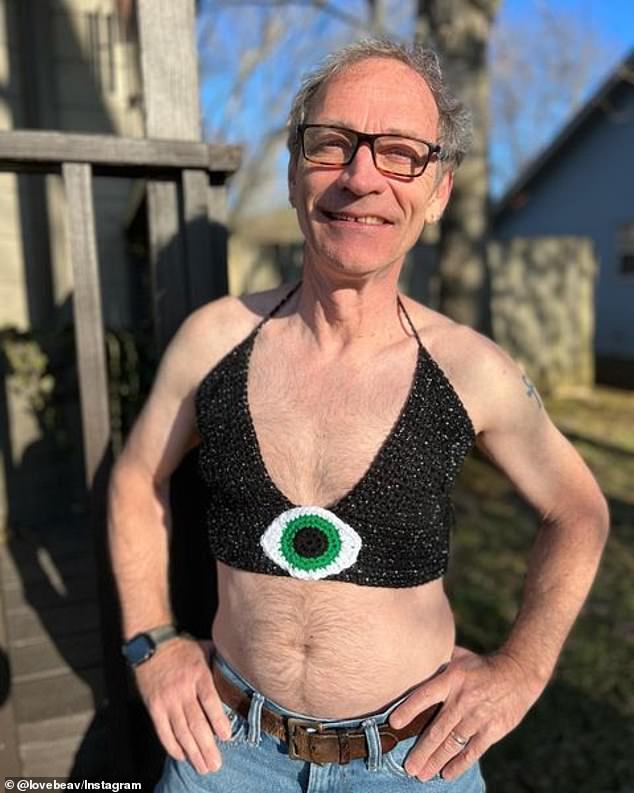 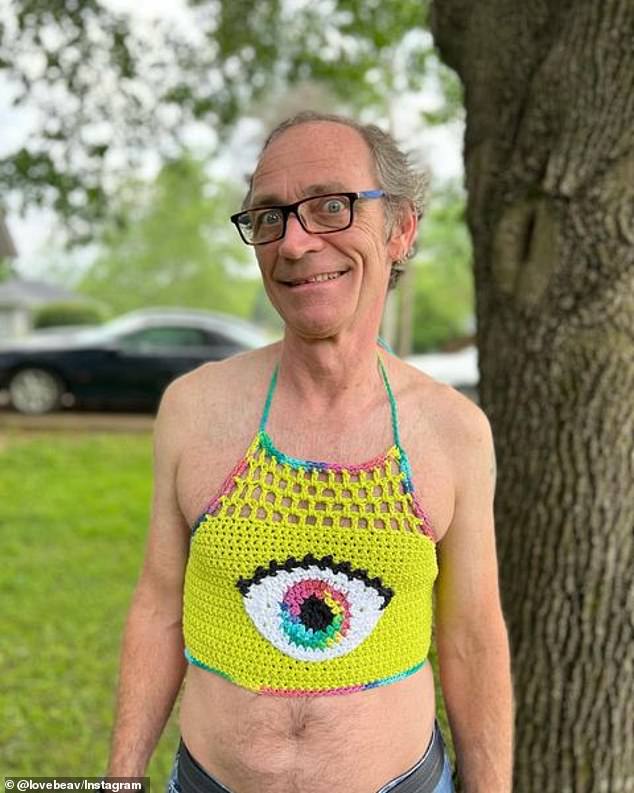 Another shows the family shaking their hips to Usher’s Confessions Part II to hit back at a commenter who told her she ‘can’t just keep wearing crotchet in the street with your family and calling it content.’

Emily shared that she and her parents have become so popular on TikTok that they were recognized by fans while attending the Electric Forest music festival together.

And while her parents are ‘loving’ their newfound fame, their favorite thing about the family venture is being with their daughter.

‘The most important thing for me and my parents is that we are spending quality time laughing and enjoying what we are doing,’ Emily told GMA.

‘We could care less what other people think about how silly it might look.’