By Associated Press and Jessa Schroeder For Dailymail.com

An armed man has been holed up in a restaurant across the street from Princeton University’s campus, according to authorities in New Jersey.

Police say there were ‘no known hostages’ in the Panera Bread, and it’s unclear what sparked the standoff that began around 10am Tuesday.

Authorities had shut down Princeton’s downtown area and two buildings on the university’s campus were evacuated as a precaution.

Armed officers were staged outside the restaurant with their weapons drawn while negotiations continued. 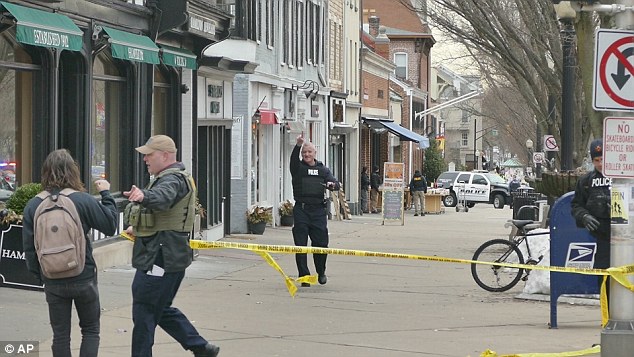 No injuries have been reported.

It wasn’t immediately known if the gunman had any connection to the university.

Classes are currently not in session at Princeton University, which is on spring break.

The university has been posting updates about the matter throughout the day to Twitter as well as their official website. 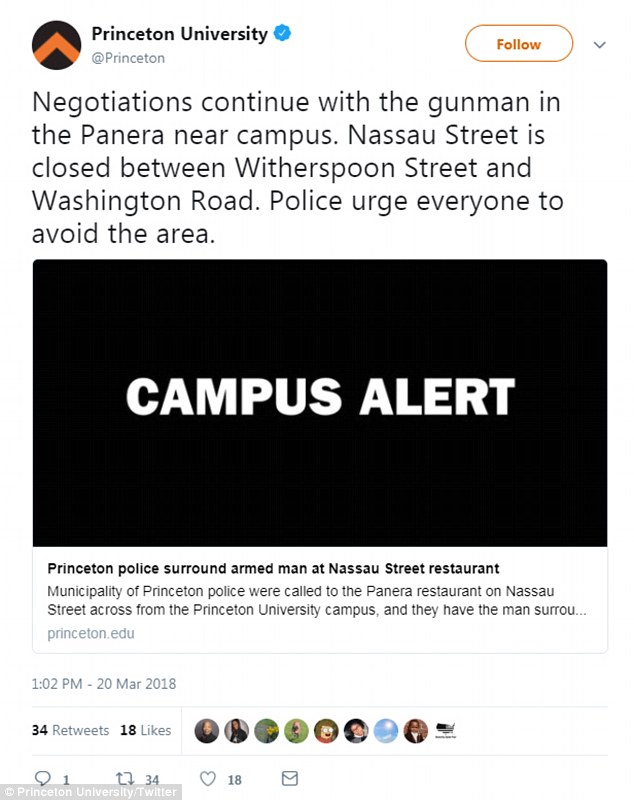 ‘@PrincetonPolice were called to the Panera restaurant on Nassau Street across from the #PrincetonU campus, and they have an armed man surrounded inside the building,’ the first Twitter statement said.

‘Some University community members received a PTENS telephone call that incorrectly said shots had been reported and a shelter-in-place order was issued. NO SHOTS WERE FIRED; THERE IS NO SHELTER-IN-PLACE order.’

University officials continue to urge people to avoid the area as precaution.

Most recently, an updated social media statement said: ‘Negotiations continue with the gunman in the Panera near campus. Nassau Street is closed between Witherspoon Street and Washington Road. Police urge everyone to avoid the area.’ 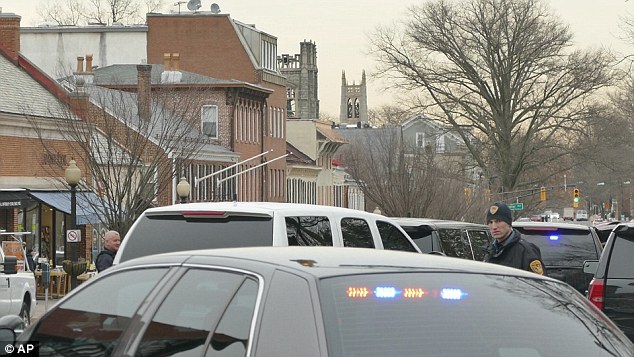 Authorities had shut down Princeton’s downtown area, and two campus buildings were evacuated as a precaution. Classes are not in session because of spring break