As a woman takes her ex-employer to tribunal, BEL MOONEY rages at society’s attitude to older women

For sure, he meant no insult. The motoring expert who described the vehicle he was reviewing as ‘comfy wheels for a grandmother’ was, I reckon, just seizing on a quick, easy phrase — the first thing that came in to his head.

The trouble is, he was talking about the sales director of their company, Anne Dopson, 66, and she claimed discrimination.

Because even though she actually is a grandmother and loves that role in her private life, Mrs Dopson said it was irrelevant in the workplace.

She complained the written comment ‘raised a laugh in the office’, and was ‘a dig at my age’ — then resigned from her £50,000 a year post, and sued her employers, Stag Publications, who had produced the offending magazine, Fleet World, which is aimed at the automative trade.

Now a tribunal has agreed that the phrase was discriminatory, but has turned down Mrs Dopson’s claim for unfair dismissal.

My first thought on reading all this yesterday was — hey, a storm in a teacup so don’t make a fuss! Since I’ve called myself ‘Granny’ in my own Saturday column, I can hardly view the term as an insult.

The expert who described a car as ‘wheels for a grandmother’ was seizing on a phrase. But he was talking about their sales director Anne Dopson (above) and she claimed discrimination

On the contrary, all the grand-mothers I know are delighted with their new stage in life.

What’s more, I dislike the culture of ‘offence’ and ‘claim’. These days it is much too easy to become outraged by sexism and ageism etc, if you don’t like the nuance of something written or spoken.

But wait — all that said — why would a review for the appropriately-named Stag Publications think it acceptable to highlight the age/status of a woman driver competent enough to review a car and hold down an executive job within a company?

Can we imagine a man of 62 (as Dopson was at the time) being labelled ‘a grandfather’ who needs ‘a comfy ride?’ Of course not! There would be no clash of antlers because men see other men as competent and experienced.

But women? Oh, give that old gal a pat on the head for reaching the brake.

So while I began by saying I doubt any slight was intended by the ‘grandmother’ description, that doesn’t mean I don’t think it patronising, as well as completely out of date.

Indeed, we don’t have to look very far to come up with recent examples of insufferable male patronage of grandmothers.

It drove me mad that, because of Covid, 2020 seemed to become The Year of the Granny — and not in a good way. (Please note, I am not referring in any way here to the tragedy of people in care homes.)

One of my gran-friends wrote to me in a fury, asking, ‘What is this constant emphasis on ‘Granny?’ She seems to be a grey-haired dribbling idiot as spoken of by that twerp Hancock and his Sage advisers.’ 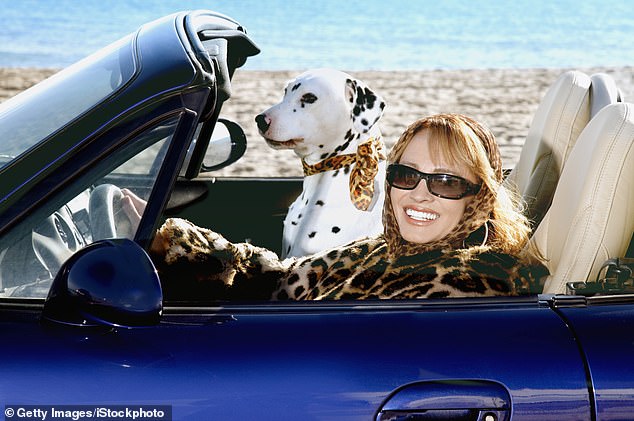 A tribunal has agreed that the phrase was discriminatory, but has turned down Mrs Dopson’s claim for unfair dismissal (stock image)

What was noticeable was that the ‘protection orders’ laid down by politicians never mentioned Granddad. How come nobody was worried about hugging him?

Then there was the bizarre Sage suggestion that on Christmas Day families should seat ‘Granny’ at the far end of the table by an open window.

Hypothermia awaited those guilty of wanting festive family time. And how dare any politician instruct us when we were ‘allowed’ to hug our grandchildren?

I found the professed ‘concern’ for older citizens patronising, stupid, inhumane — and hypocritical, too — and since I had little instinctive respect for the Secretary of State for Health saw no reason to listen to him. How right I was!

Being called Granny all depends on the context. While I am proud and happy (not to mention often tired) being a grandmother, if somebody were to suggest I ease up on work because surely after 51 years in journalism I deserves a comfy life… well I’d tell them where to get off.

Because the modern grandmother is nothing like the cliché image we might have of a black-clad ancient Mediterranean lady sitting outside her house knitting. Although some complain about ‘invisibility’, gutsy grans proclaim that we can be whatever we want to be.

Some months ago, in my Saturday advice column, I published an interesting letter from a 71-year-old grandmother at odds with a politically correct grandchild.

Unfortunately, the talented artist Neil Webb, who’s illustrated my column since 2007, chose to portray an elderly lady with a stick. A stereotypical stick!

Since I used one myself in 2017 after a hip replacement, I admit I thought nothing of it — but cue irritation from readers who objected to this lazy (admittedly) shorthand for Granny. They were quite right.

It’s ironic that a society utterly in thrall to the idea of ‘diversity’ in all walks of life should be so careless when it comes to pigeonholing older people.

You’d think mature workers with no children are the same as recent retirees and synonymous with grandmothers and grandfathers — all dear old folks with white hair in need of a rocking chair and a nice cup of tea.

In other cultures, ‘the Elders’ have always been respected. But this society’s neglect of the very old starts, surely, with the patronising dismissal of what we might call the ‘younger-old’ — people such as Anne Dopson.

As a working woman, she objected to being typecast by a young Suit who should have known better. And I am on her side.

Modern high-achieving women don’t stop their trajectories when they enter the ‘third age’. 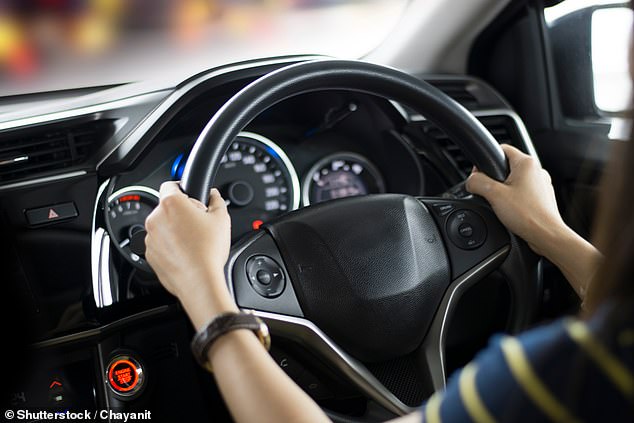 Why would a review for Stag Publications think it acceptable to highlight the age of a woman driver competent enough to hold down an executive job within a company? (stock image)

Granny isn’t longing for Red Riding Hood’s visit; she’s donning her own red outfit and marching out on a protest, like Jane Fonda.

I have a friend in her late 60s, a widowed grandmother to four lads, who went out to buy leathers, because her new chap is a biker. ‘The boys can’t believe their Nan’s doing this,’ she smiled.

We agreed that our own grandmothers were very different; at this age they didn’t expect more than domesticity and loving ‘service’ to the family, whereas we want new experiences, cramming every minute while we can.

The idea of the older woman as matriarch of the family/tribe is common in other cultures. I was fascinated to learn about an ancient, very powerful Aztec goddess called Toci or ‘Our Grandmother,’ revered in Mexico.

The cult of Toci elevated grandparents — and especially grandmothers — to positions of honour in society.

There are plenty of strong Toci-women in today’s world: grandmothers who put themselves in charge of choosing roles within the family, as well as outside it.

We have opinions — and do not need whipper-snapper young Suits to stick us in the slow lane. Nor do we expect patronising politicians’ or commentators’ assumptions to put the brakes on our individuality.

You can park your ‘comfy wheels’ and make mine a sports car, please. Set Granny free in a Ferrari!