Auckland family tell of heartbreak after daughter died in Egypt

A couple have spoken of their heartbreak after their four-year-old daughter fell in a swimming pool and died while they were on holiday in Egypt.

Tommy and Kelly Maddison, from Bishop Auckland, County Durham, had hoped a festive break in Hurghada with their nine children would be the perfect fortnight away.

But six days into the holiday, on December 21, their second youngest Indianna Rosa daughter was paddling on the top steps of a pool when she went in too deep.

Mr Maddison, 44, said: ‘We were all there. She waved at me from the steps and I think she got too confident or slipped, bless her.

‘It happened so quickly, I heard screams and someone was pulling her from the pool.’

Alistair Lee, from Leeds, whose family had become friends with the Maddisons, jumped in to rescue her before doing CPR at the poolside.

Mr Maddison added: ‘Without him we mightn’t have had her the next five days.’

The couple believe his actions saved Indianna but the next few days left them questioning why she lost her life.

The couple described the ambulance as an ill-equipped van and compared the hospital facilities to that of a third-world country.

When Indianna was admitted to A&E her condition was stable but her parents understood the next 24 hours were important.

Mrs Maddison said: ‘She was breathing on her own, we thought we’d got her back.

‘I saw her smile at me. We were so sure she was going to be okay the kids saved her a seat at the hotel gala night.’

Between December 21 and 24 the couple feel they were given mixed messages about Indianna’s condition and whether she should return to the UK for treatment. 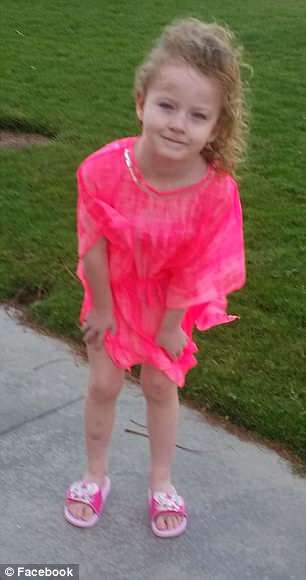 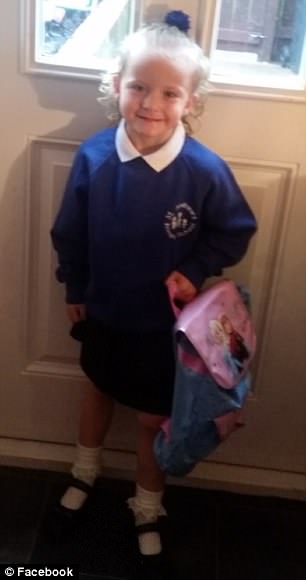 Their four-year-old daughter Indianna, pictured, slipped and fell into the pool on December 21. She was taken to hospital before flying to Royal Victoria Infirmary in Newcastle but she passed away in her father’s arms on Boxing Day

Mrs Maddison, 38, and Indianna went by ambulance to the airport. The rest of the family would follow on Christmas Day.

Mrs Maddison said the air ambulance team feared the youngster had brain damage so did not want to fly her home but the hospital disagreed.

‘Eventually I had to sign a form and say I was responsible,’ she said.

They arrived at the Royal Victoria Infirmary in Newcastle on Christmas morning.

Mrs Maddison said: ‘The treatment was worlds apart from what we’d had. Doctors sat me down and told me she was seriously brain damaged. I, even they, got a shock how poorly she was.’

Indianna suffered a cardiac arrest and RVI staff kept her alive until Mr Maddison got home.

The couple, supported by relatives, kept vigil by Indianna’s bed through Christmas night but by Boxing Day afternoon, with no hope of recovery, they let her go.

Mr Maddison said: ‘We decided she’d had enough, I told her a story and she died in my arms. We’re in a world of pain.’ 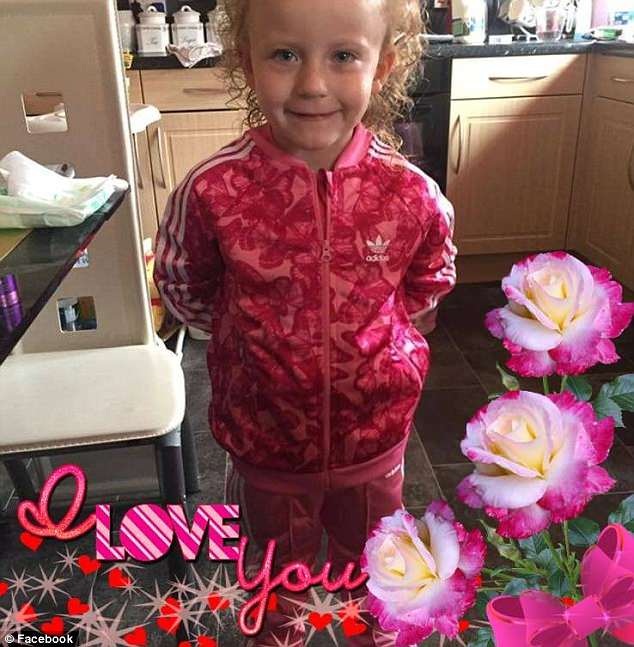 Mrs Maddison said of Indianna: ‘She was a bit of a tomboy, we’d made her wear a bow and dress for a family photo the night before it happened. We treasure that picture now’

The family had Indianna christened in hospital and laid her to rest with sister Bobbie-Jo, who died of cot death 18 years ago.

They have worked with Rev Matt Keddilty, of St Andrew’s Church, to find an appropriate headstone for the girls and thanked the community for its ongoing support which includes fundraising for various memorials.

Mrs Maddison said: ‘She was a shy girl, we were always overprotective.

‘She’d been a fighter all her life after being born prematurely and had operations for a bowel blockage as a baby then, at two, to remove a thumb as she was born with two on one hand.

‘She was a bit of a tomboy, we’d made her wear a bow and dress for a family photo the night before it happened. We treasure that picture now.’

An inquest into the death is expected to be held in Newcastle.

Mr Maddison said: ‘When you go on holiday you cannot expect the care you get at home.

‘People, especially with children, need to check out the hospitals and make sure they have insurance before going abroad.’