NASA’s Earth Observatory took the natural-colour images two years apart, in May of 2018 and again in June 2020.

The 2018 photo shows land ravaged by record heatwaves – reaching 49.9C in some areas that year – and the lowest rainfall in almost a century. 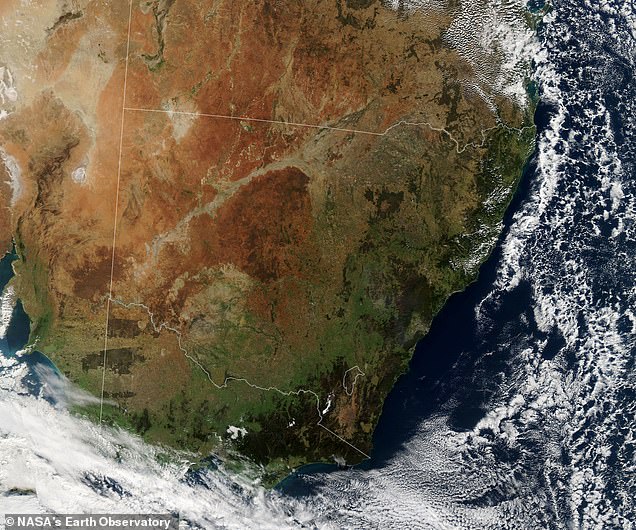 In the most recent image, large swathes of green can be seen spreading across Victoria and New South Wales.

According to the Bureau of Meteorology average to above average rainfall from January to May this year led to soil moisture recovery in much of the area shown in the pictures.

Meanwhile, some rainfall records were broken in Victoria during the same time period.

Melbourne received around 400mm of rain from January to April, almost eight times more than the same time period in 2019, and the wettest since 1924.

New South Wales and the Murray–Darling Basin also received its first average rainfall since 2016 in April and May of this year.

In addition, the BoM predicts the winter will be wetter than average for western New South Wales and parts of South Australia.

The forecasts also indicate a wetter than average period between August and October for much of eastern Australia.

The pictures were taken by the Moderate Resolution Imaging Spectroradiometer on NASA’s Aqua satellite. 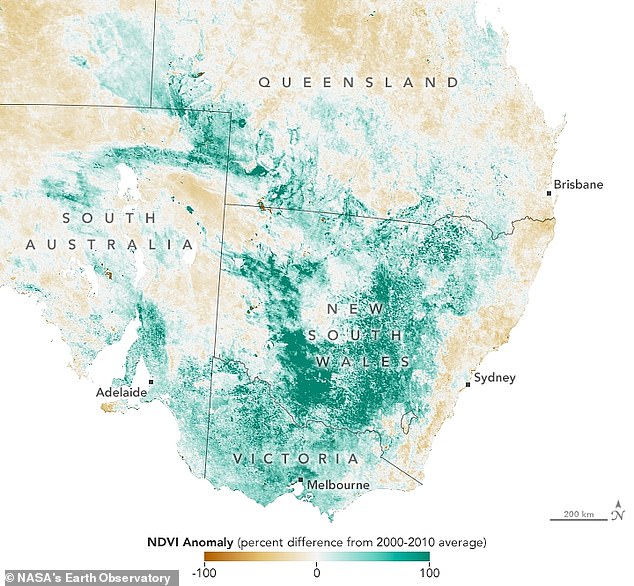