Australian girl, 16, is sexually assaulted on a train in India

Australian girl, 16, is sexually assaulted on a train in India after an aggressive man cornered her as she went to the toilet

A 16-year-old Australian girl was sexually assaulted during a high school trip to India after she was cornered by a male passenger on a crowded train.

The student from a high school in Victoria had been travelling with 14 classmates and their chaperones as part of a World Challenge expedition last month.

The terrifying incident unfolded when the teen, who did not want to be named, had the urge to use the toilet during the 21-hour journey from Haridwar to Udaipur.

Fearing for her safety, the girl had asked a friend to accompany her to the bathroom before a stranger suddenly groped her buttocks.

The teen recalled feeling shaken, but ultimately raised the alarm to one of the team leaders, who quickly confronted the man.

She eventually grew the courage to defend herself and the rest of her classmates and approached him herself.

‘I went up and said, “You’ve been staring at us. Don’t touch me and don’t touch the girls.” He didn’t know any English and he just stood there silently,’ she told The Age.

‘My legs were shaking, it was affecting me physically a little bit.’

The girl revealed the majority of the overnight journey had been an ordeal as male and female passengers had been ‘grabbing and shaking’ the girls as they tried to sleep in their bunks in a bid to find space on the crowded train. 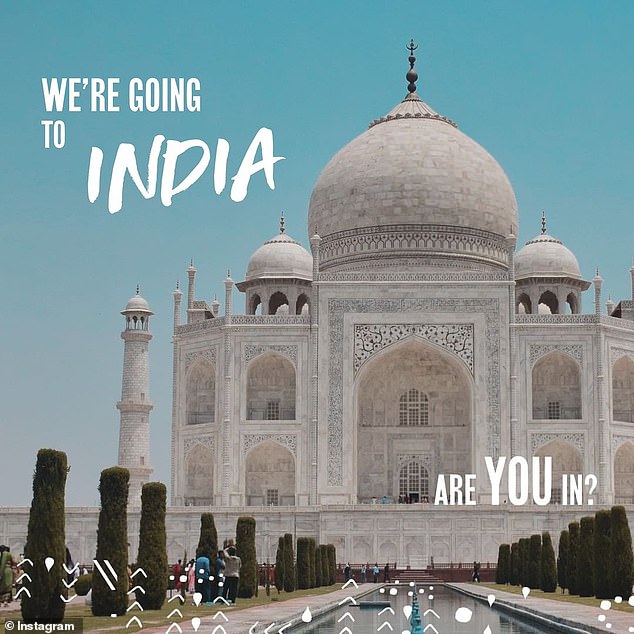 The girl had been travelling with 14 classmates and their chaperones as part of a World Challenge expedition last month. The educational travel agency offers trips to 50 destinations around the globe

The incident was so traumatising the teen said her friend burst into tears just before getting off the train.

Officials at the school accused World Challenge of making a mess of the disastrous train trip after it booked the students on separate carriages as opposed to keeping them grouped together.

According to The Age, organisers had tried to arrange swaps with passengers in a bid to get the students together, but they could not accommodated.

The situation then worsened when new passengers came aboard and tried to take the students’ bunkers for themselves.

Although the student said she did not want to seek legal action, her mother has slammed the organisation for failing to inform parents immediately after the incident took place.