Mum shows what happened when she stopped putting her family’s empty toilet rolls in the bin for a week: ‘I feel this in my soul’

An Aussie mum who started an experiment to see what would happen if she stopped throwing out the empty toilet rolls was shocked by the end result.

Mum and founder of Feminae Adele Barbaro, who lives in Melbourne, carried out the unsuccessful ‘social experiment’ to protest the fact she always has to pick up the empty rolls.

Sadly she now has twelve empty rolls littering her bathroom.

Aussie mum, Adele Barbaro, stopped picking up empty toilet rolls to see if anyone else in her family would collect them but sadly nobody did

Who picks up the empty toilet rolls in your house?

‘In protest, a few weeks back, I quietly stopped collecting toilet rolls and putting them in the bin,’ she explained on her latest Instagram post.

‘It has been a bit of a social experiment to see if anyone else in my family would do it.

‘They haven’t. I expect this room to eventually just completely fill with toilet rolls and my family to continue to ignore them and just change toilets and use the other toilet downstairs.’ 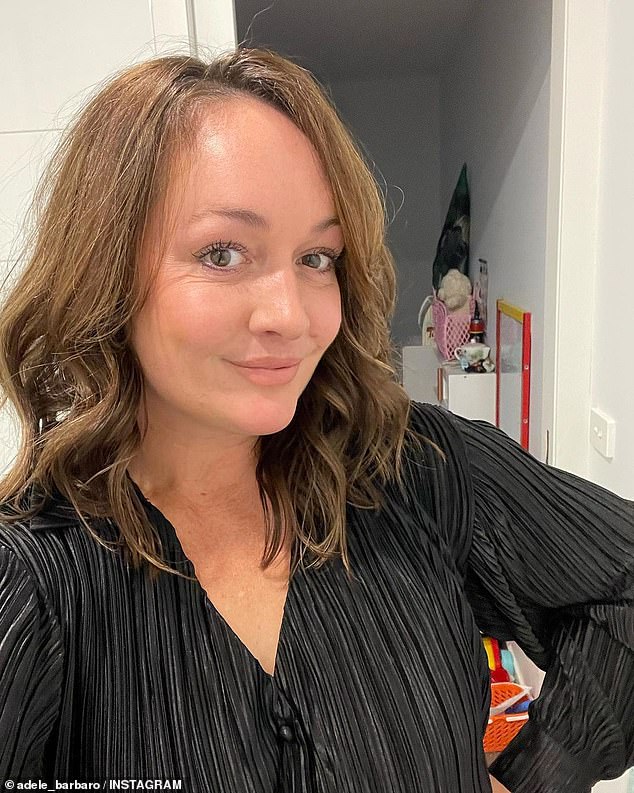 ‘Mine pile them vertically,’ another added.

‘I do this and then I just give in,’ another woman commented.

‘We got to 42 rolls before I caved. It baffles me,’ one woman laughed.

‘Omg I did this too! I ended up losing the plot and took all three kids and the husband to the bathroom, I took the empty roll from the holder then made them all follow me to the bin where it goes!’ another fed-up woman shared. 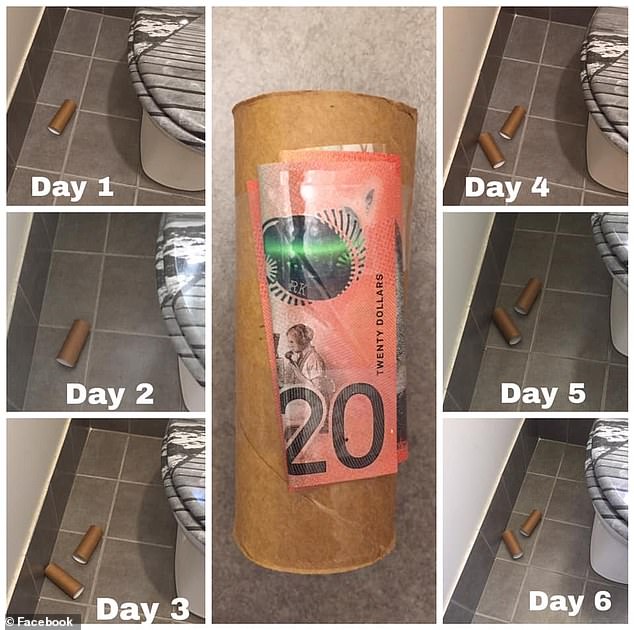 Previously an Aussie mum wanted to see how often chores get done in her house when she doesn’t do them.

She taped a $20 note to an empty loo roll and placed it face down with a ‘finders keepers’ note taped on it.

After six days nobody had picked up the rubbish.

‘Needing something to inspire kids and husbands to tidy up around the house? Clearly this game hasn’t worked here yet, maybe one day,’ she captioned the images she shared on Facebook.