‘Who is going to tell them?’: Olympic diver pokes fun at Channel 7 for falsely claiming she was attending the Tokyo Games despite not making the team

Footage of a young female diver being congratulated for going to the Tokyo Olympics has embarrassingly missed the mark after the athlete revealed she wasn’t actually going.

The video shared by Channel Seven to their 7Olympics TikTok page was titled ‘Meet @brittanyobrienn: Australian Olympian. Her time is now’.

But Brittany O’Brien, who competed at the 2016 Games for Australia, isn’t actually going to this year’s Tokyo edition, and has replied with her own hilarious TikTok video picking up on the mistake.

The 23-year-old made her Olympic debut in Rio, competing in the Women’s Diving 10m Platform event where she placed 15th. She also competed at the Commonwealth Games on the Gold Coast in 2018.

The 23-year-old made her Olympic debut in Rio, competing in the Women’s Diving 10m Platform event where she placed 15th

‘I found myself unprepared both physically and mentally for the Olympic trials so ended up withdrawing,’ Ms O’Brien later told Daily Mail Australia. 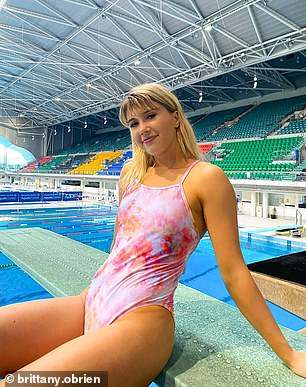 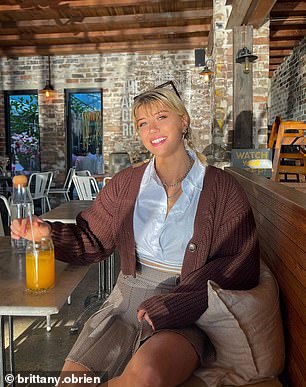 The TikTok posted by 7olympics showed Ms O’Brien diving and was captioned: ‘Meet @brittanyobrienn: Australian Olympian. Her time is now’

‘When I first saw the video I honestly had a laugh – it was cool to get a cheeky shoutout from Channel Seven, even if it was a bit of a slip up from them.’

Currently the high-performing athlete is focusing her talents on a different discipline of diving and is ‘super keen to try something new’ while training in Sydney.

‘I’m stepping away from the 10-metre platform and focusing on the three metre springboard now,’ Ms O’Brien said. 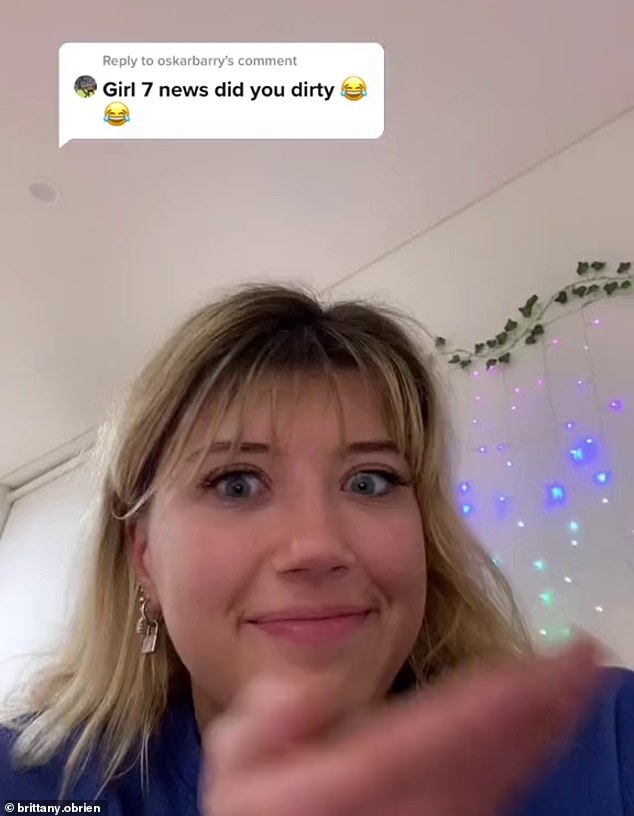 Her reply video has gone viral with over 600 thousand views and in the video says: ‘who’s going to ummm, who’s going to tell them?’ 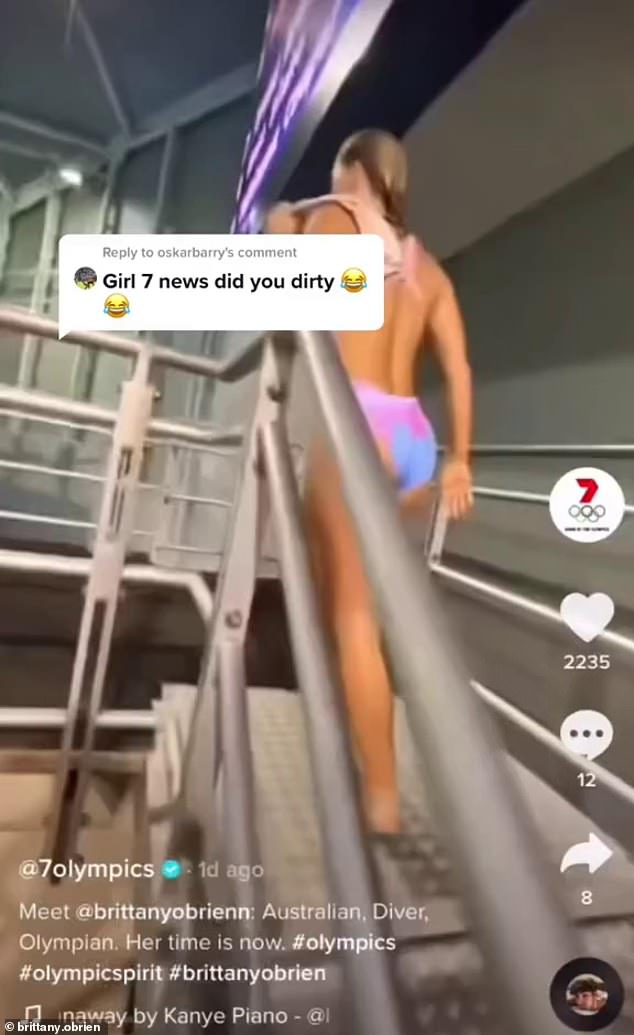 The video has since been taken down, and Channel Seven apologised to Ms O’Brien in the comments, and both suggested an appearance at the 2024 games was coming

‘It’s a totally different ball game, so I’m feeling like a bit of a rookie at the moment – but super keen to be trying something new’.

Upon noticing its mistake the 7Olympics account swiftly replied to the video: ‘So sorry about the mix up… Paris 2024!’

Ms O’Brien has ambitions to attend the next Olympics, stating as much in her reply ‘see you there’, and ‘going to aim for Paris 2024 baby’ to another user on the social media app.