Caught on camera! Terrifying moment an umpire is almost flattened by an out-of-control ‘Spidercam” at the Australian Open

A tennis umpire was almost flattened by an out of control low-flying ‘Spidercam’ at the Australian Open.

Moments after Australian hope Ash Barty shocked the crowd at Rod Laver Arena when she defeated Russian superstar Maria Sharapova in three sets to progress to the quarter-finals in the women’s singles, a rogue camera left tennis fans stunned.

Umpire Alison Hughes was still sitting in her chair as the roof was ripped off on Sunday afternoon.

She managed to escape injury, as did a nearby ball girl.

The camera wobbled in the air for several seconds and at one stage looked as if it was going to tumble off its cables and crash to the court but it stabilised.

The camera, which offers a unique angle for TV viewers, was eventually lowered to the court where a technician performed a damage assessment.

Tennis Australia launched their own investigation into the bizarre incident.

‘Spidercam has been shut down while the incident is thoroughly investigated,’ a statement read. 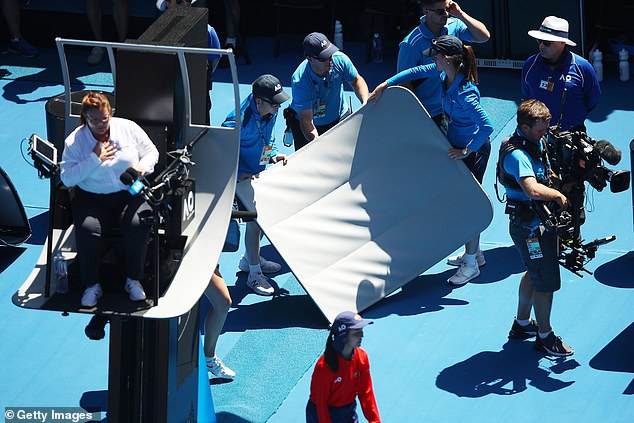 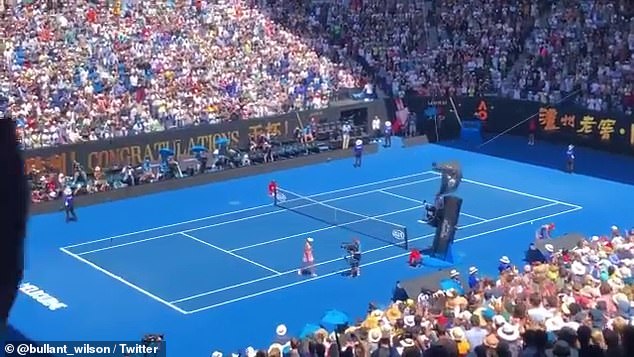 ‘The official’s (Alison Hughes) welfare was our first priority.

‘She was startled by the incident and has been seen by the medical team.

‘She did not require treatment and will continue working at the event as scheduled.’