Australians to get another opportunity to claim $10,000 from their superannuation after pandemic

How you can claim ANOTHER $10,000 from your superannuation – after millions of Australians dipped into theirs during the coronavirus pandemic

Australians facing financial distress during the coronavirus pandemic will soon get another chance to dip their superannuation early.

But experts have warned about the consequences in doing so after 2.2 million cash-strapped Australians accessed their super in recent months.

Aussies will get another opportunity to withdraw an additional $10,000 when the 2020-21 financial year begins on Wednesday.

More than 2.2 million approved applications have withdrawn a combined total of $18.5 billion since the federal government launched its early access to superannuation scheme in April to provide relief for those hit hard by the pandemic.

Australians are urged to consider the long term ramifications before accessing their super before retirement. Pictured is a Sydneysider getting an early morning workout on Monday

But Industry Super Australia chief executive officer Bernie Dean had a dire warning, especially for those who have accessed their super recently.

‘It does come with a pretty hefty price tag … but we recognise that young people don’t necessarily think about the long-term,’ Mr Dean told News Corp.

‘We also recognise they may not be in a position to make up the lost ground themselves.

He warned early withdrawals can ‘wipe out’ your life and income protection cover if  your super balance falls low. 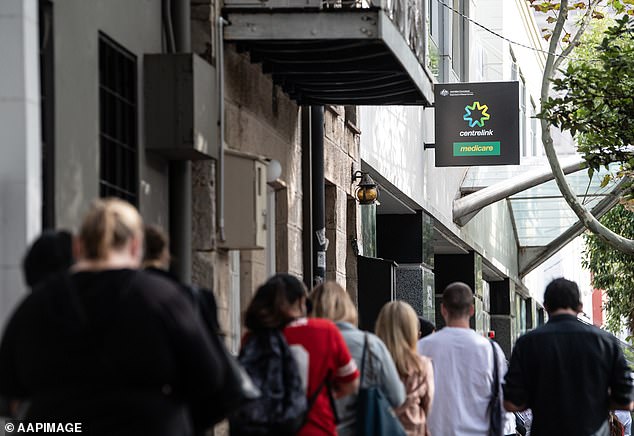 More than 2.2 million Australians have dipped into their super since April after falling on hard times during the coronavirus pandemic. Pictured are  Centrelink queues in Sydney

Association of Superannuation Funds of Australia’s chief executive Dr Martin Fahy agreed and believes early release should be considered as a last resort.

‘Drawing down on your super early will have a substantial impact on your long-term retirement savings and the more you take out the greater that impact will be,’ he said.

If you decide to withdraw from your super, Dr Fahy advises to make those funds last as long as possible and only spend it on necessities. 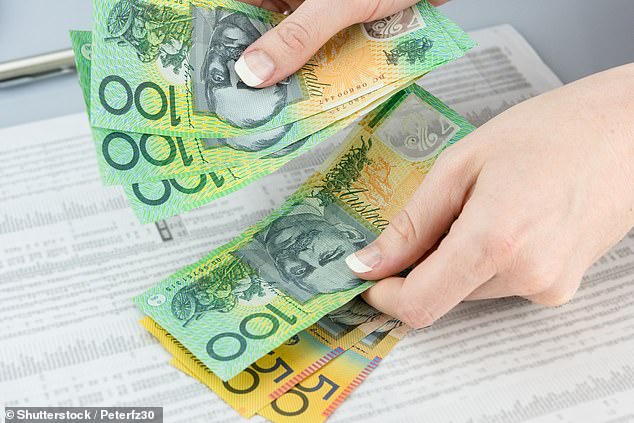 Australians can only access their super if they’re unemployed, are eligible to receive a job seeker payment, have been made redundant since January 1 or had their work hours reduced by at least 20 per cent.

The MoneySmart website advises Australians to seek government assistance and speaking to their bank or lender about possible financial assistance before dipping into your super.