Australian politicians have tried to lighten the mood during coronavirus lockdown by posting photos of themselves as younger men and women.

Gladys Berejiklian left her Twitter followers stunned after she took on the #MeAt20 challenge and shared an image of herself dressed as Supergirl.

The New South Wales Premier posed in the superhero outfit wearing a blonde wig and cape. 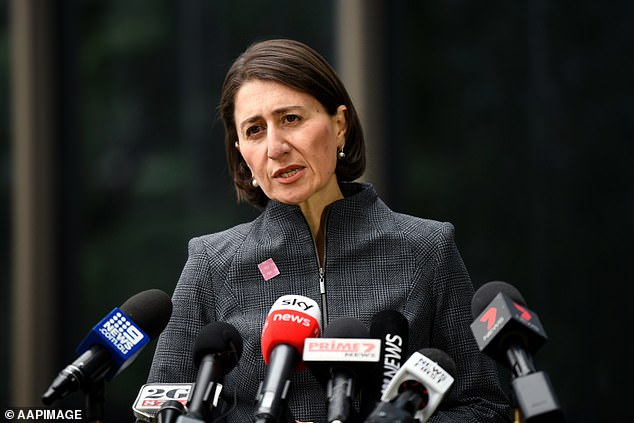 NSW Premier Gladys Berejiklian speaks to the media during a press conference in Sydney, Monday, April 20, 2020

‘Embarrassing I know, but this is from my 21st (nearly 20),’ Ms Berejiklian wrote.

One user wrote: ‘Thank you for sharing this and making me laugh. You’re a brave woman sharing that and I have a lot of respect for you.’ 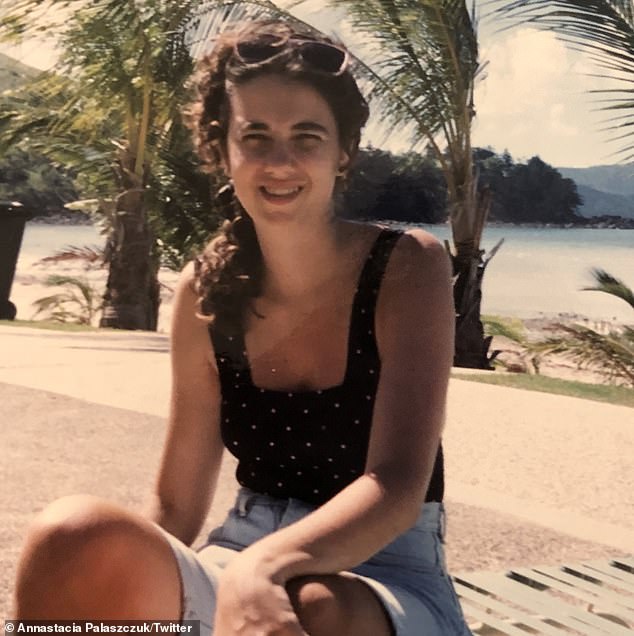 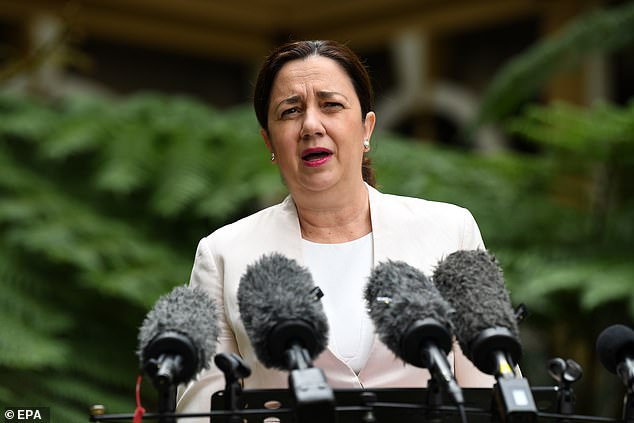 Queensland Premier Annastacia Palaszczuk speaks during a press conference at Parliament House in Brisbane on April 8, 2020

Another person joked: ‘Fabulous. Ms Berejiklian, the way you’ve handled the last six month in New South Wales, I guess you have it on under your suits.’

Queensland Premier Annastacia Palaszczuk also joined in on the act.

The Queensland leader posted a youthful photo of herself on a palm-tree laden beach looking carefree – a far cry from her current high-stress job in the rough-and-tumble world of state politics. 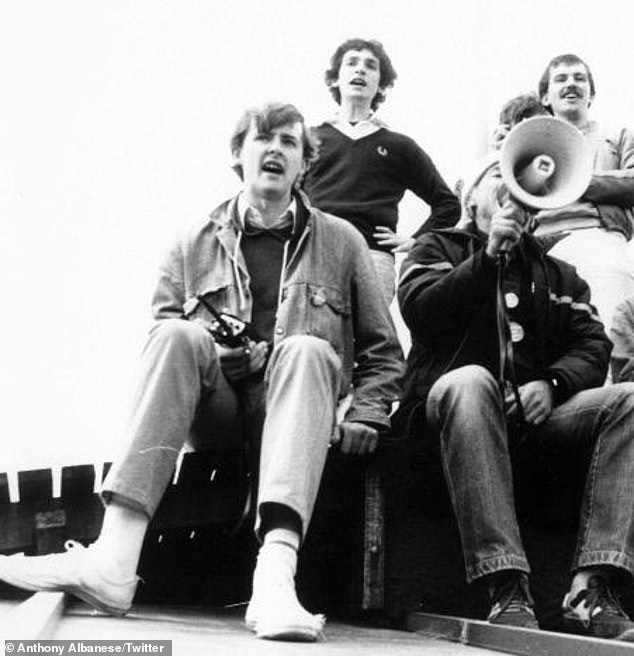 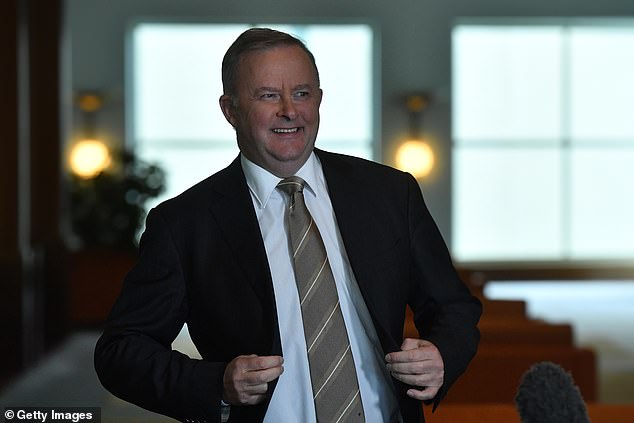 Opposition leader Anthony Albanese is pictured during a press conference at Parliament House in Canberra on April 7, 020

Anthony Albanese shared a photo of himself in double denim and Dunlop Volleys at Sydney University in what appears to be a protest rally.

The opposition leader is sitting next to a young man with a megaphone and several others who appear to be chanting slogans.

One female user said the Labor leader looked ‘hot’ back in the day. 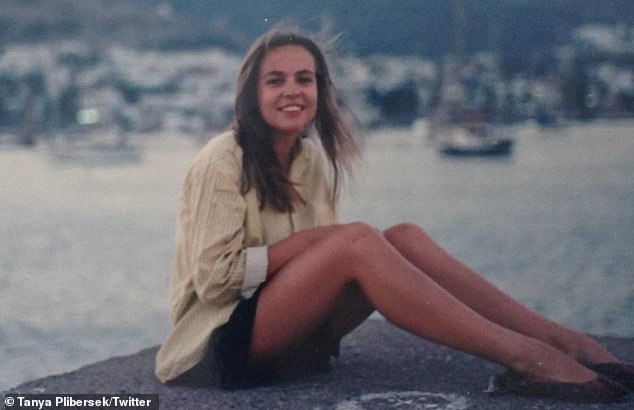 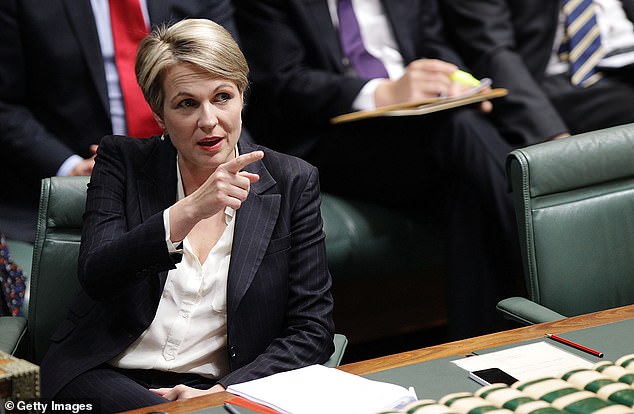 A glamorous looking Tanya Plibersek posted her own throwback, showing her relaxing by the water with long, flowing hair.

The Labor frontbencher said the photo was snapped in the resort town of Bodrum in Turkey.

Federal Minister for Indigenous Australians Ken Wyatt posted a photo of himself at Teacher’s College in Mount Lawley, Perth. 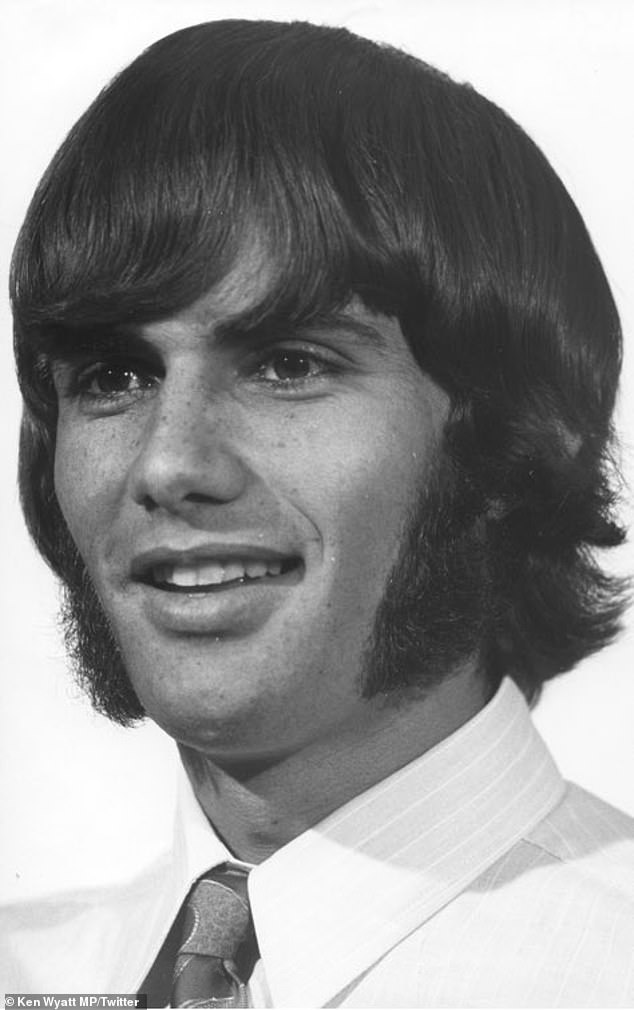 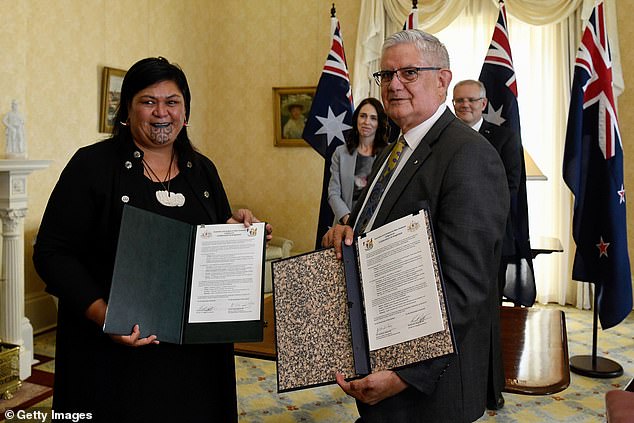 In the caption he thanked the country’s educators for coming up with ‘innovative ways’ to keep schools open for term two.

The headshot shows a fresh-faced Mr Wyatt in a shirt and tie with a 1970’s-style bob haircut and lengthy sideburns.

New South Wales Greens MP Jenny Leong uploaded a shot of herself living it up in England with a shaved head and black singlet smoking a cigarette. 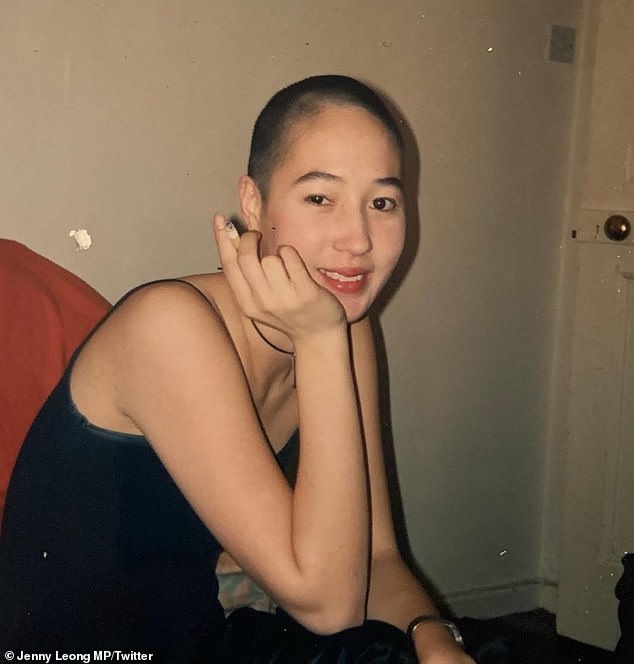 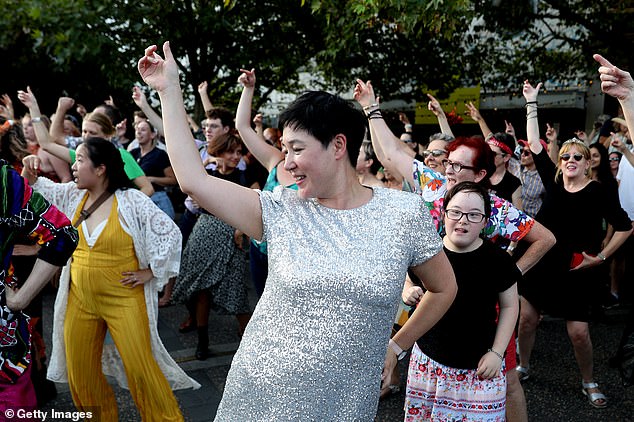 Jenny Leong leads a dance protest in the Sydney suburb of Newtown on February 11, 2020, calling for climate action

Ms Leong was quick to point out she has now quit the habit since joining politics.

Liberal Senator Jim Molan posted a black and white photo of himself at 17.

Dressed in white trousers and a shirt with rolled up sleeves, the fair-haired youngster appears holding two suitcases as he stares off into the distance. 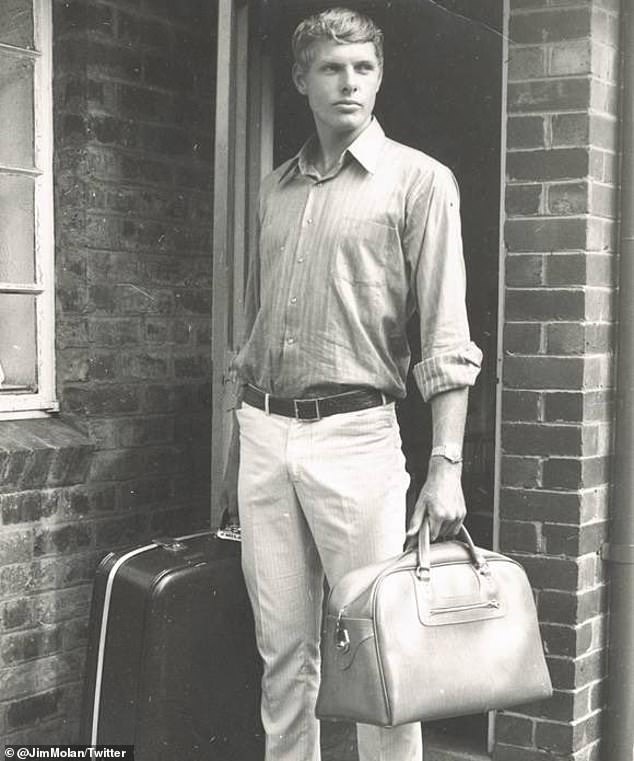 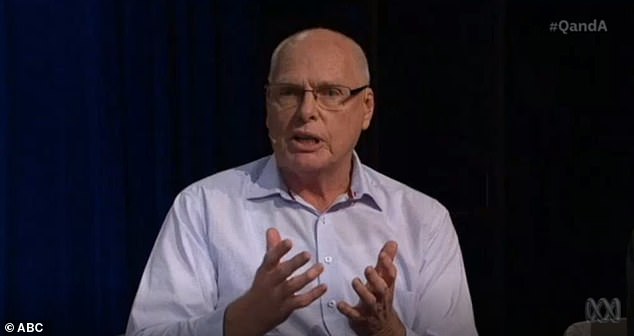 ‘I was an officer cadet without much time to pose for photos!’ he said.

Greens Senator Mehreen Faruqi is photographed in a yellow and pink sash with a white shirt. 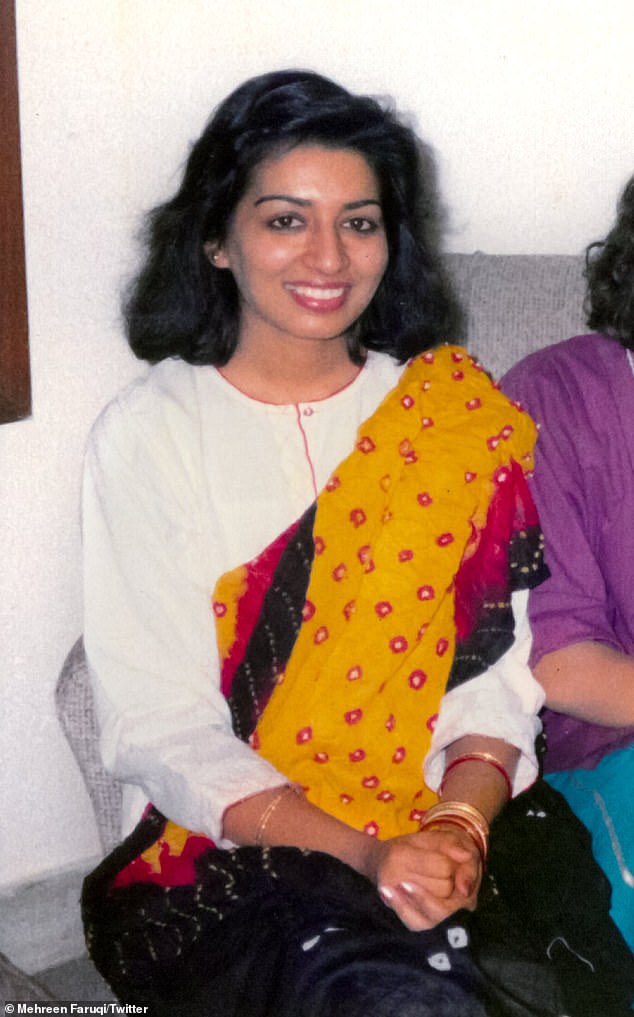 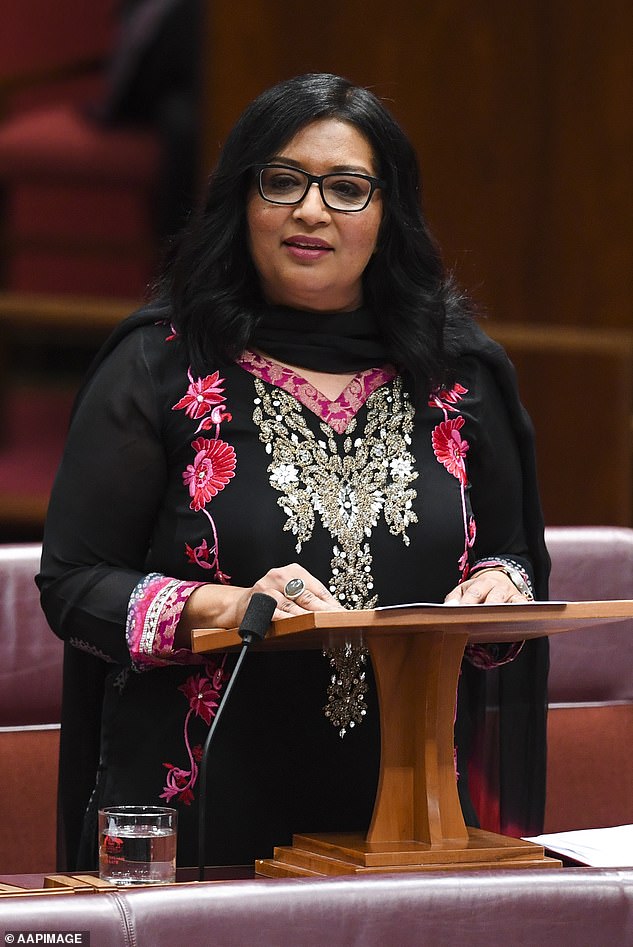 Mehreen Faruqi is Australia’s first ever Muslim senator. She is pictured addressing  the Upper House on August 21, 2018