A body found in North Carolina has been preliminary identified as a 13-year-old girl who was kidnapped outside her home three weeks ago.

Investigators revealed on Wednesday that state crime lab tests indicate the body found near Lumberton is that of Hania Aguilar.

While a final determination will be made with dental records, investigators believe the body is hers.

‘This is the outcome that we all feared,’ Lumberton Police Chief Michael McNeill said.

‘We did not want to hear this. We wanted to bring Hania back home and bring her back home alive to our community. It hurts.’

He pledged to bring whoever is responsible to justice. Investigators said they don’t currently have a suspect or person of interest.

Hania’s body was found in a body of water in Robeson County about 10 miles south of the mobile home park where she was kidnapped on November 5 after going outside to start a relative’s SUV before school.

Authorities wouldn’t elaborate on whether the body had been concealed, but said it was not visible from the road or obvious to people passing by.

Investigators spent Wednesday combing the area in daylight after finding the body the previous night.

The cause of death hasn’t been released, pending an autopsy. Investigators would not describe the condition of the body.

An FBI official said he did not have any information as to whether Hania was killed where she was found or elsewhere.

Police said a man forced the teenager into an SUV outside her home and drove off.

The SUV was found several miles south of her mobile home park and her body was found a few miles farther away. 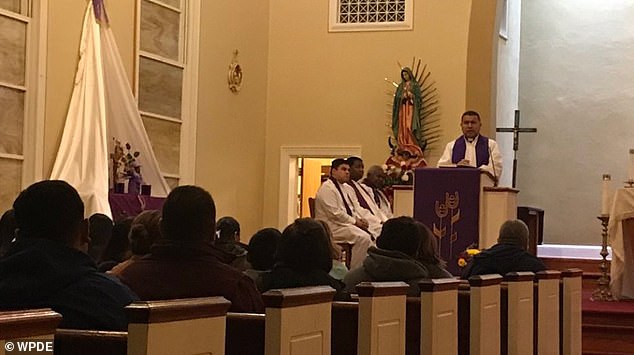 A memorial was held for the 13-year-old girl at a church in Red Springs, North Carolina on Wednesday night. Photo courtesy of WPDE 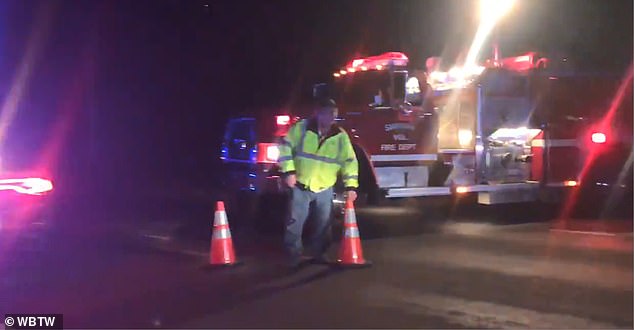 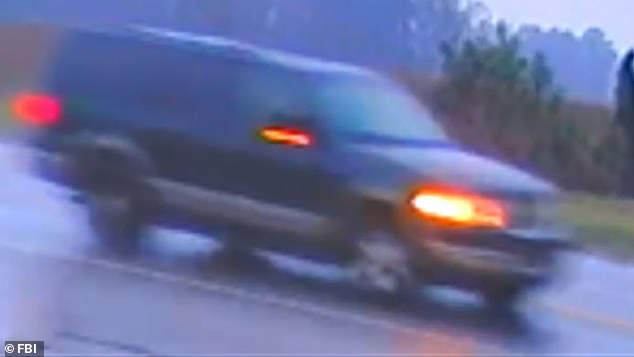 Hania was kidnapped on November 5 from a mobile home park. Police said a man forced the teenager into an SUV and drove off. The SUV was later found dumped several miles from the mobile home park

McNeill has previously said that a witness saw a man dressed in black with a yellow bandanna grab Hania in the Rosewood Mobile Home Park in Lumberton.

Police said the eighth grader had taken her aunt’s keys to start the vehicle to prepare to leave for the bus stop. They say the man forced her into the green Ford Expedition and drove off.

The FBI soon joined the search, offering reward money and transmitting her picture around the country. The SUV was found abandoned several days later, but signs of the girl or her remains eluded investigators for several weeks.

Drones, dogs and scores of searchers on foot spent the following weeks combing the county about 100 miles (161 km) south of Raleigh.

A $30,000 reward remains in place for information related to the kidnapping, the FBI said. 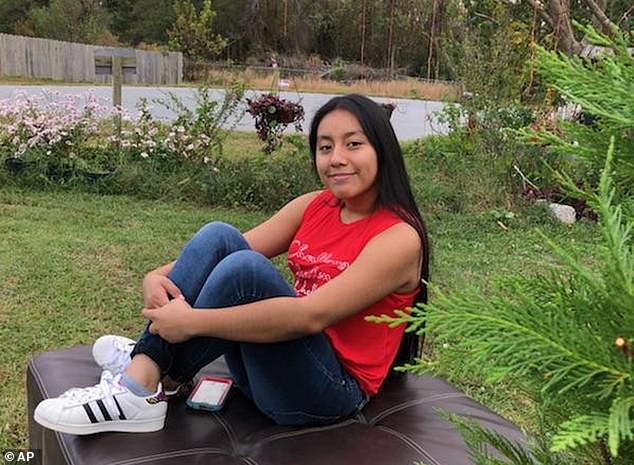 The FBI soon joined the search for the missing teen, offering reward money and transmitting her picture around the country. A $30,000 reward remains in place for information on her kidnapping