Autistic boy, 9, is turned away from a McDonald’s because he was with his assistance dog Nitro

An autistic boy was refused service at a McDonald’s in New Zealand because he had an assistance dog with him.

Shane Wheeler, from Auckland, had stopped off at McDonald’s with his son Noah, nine, and seven-year-old daughter to pick up some chicken nuggets for dinner.

Noah has autism and his assistance dog Nitro – a black Labrador who wears a grey vest bearing the words ‘assistance dog’ – helps keep him calm.

Shane Wheeler (right) from Auckland had stopped off at the McDonald’s in Bombay with his son Noah (left), nine, and seven-year-old daughter to pick up some chicken nuggets for dinner

But when they took Nitro into the McDonald’s branch in Bombay, staff asked them to  leave, Mr Wheeler told the New Zealand Herald.

He said they were ordering at a self-serve kiosk when a staff member approached them and said that pets were not allowed in the restaurant.

Despite pointing to Nitro’s vest and explaining multiple times the importance of the dog for Noah’s comfort, Mr Wheeler said the staff member simply repeated that pets were not allowed.

‘The guy was adamant that Nitro was a pet and not an assistance dog,’ he said. 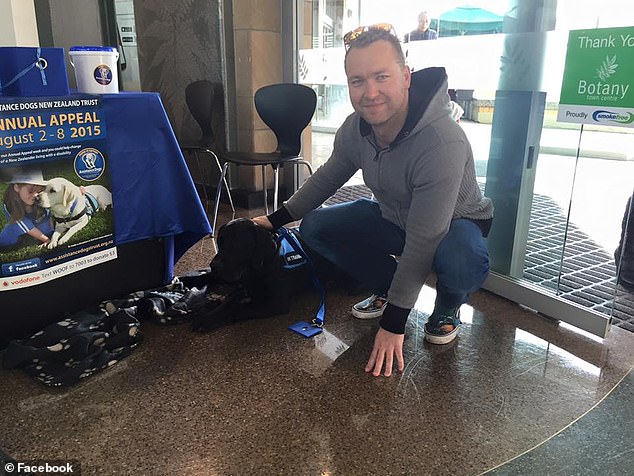 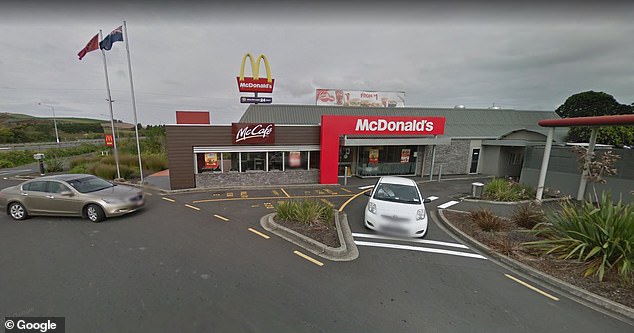 A staff member approached Mr Wheeler at a self-serve kiosk and told them pets were not allowed. Despite pointing to Nitro’s vest and explaining the importance of the dog for Noah’s comfort, the staff member said they would have to leave (pictured: Bombay McDonald’s)

He said the incident made him feel ’embarrassed and angry’ and after a few minutes they left the branch.

After swallowing his pride Mr Wheeler drove to the McDonald’s in Mercer just down the road and used the drive through.

‘I didn’t want to go to the next one, but my autistic son wanted chicken nuggets and I had to get over my ego and hurt feelings and do what he needs and makes him okay,’ he said.

McDonald’s has apologised for the incident and said the owner of the branch would be reminding staff of its policy to serve people with registered assistance dogs. 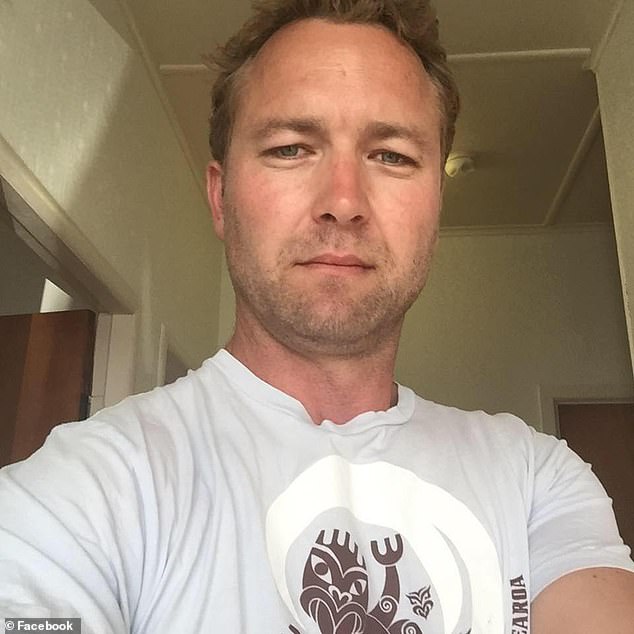 ‘On receiving the complaint the franchisee investigated with restaurant staff and will be following up with the customer – it’s the first complaint of this nature he has received and he will be reminding all staff of our policy,’ McDonald’s spokesman Simon Kenny said.

Mr Wheeler said he and Noah are often questioned about Nitro when out in public, but a simple explanation is usually all that is needed, and this is the first time they’ve ever been asked to leave.

He is sharing his story to highlight the need for better staff training about the importance of assistance dogs.

Mr Wheeler said he wouldn’t be boycotting McDonald’s given Noah’s love of chicken nuggets, but will avoid the Bombay branch in future.