A coroner has called for action following the death of a three-year-old girl who suffered traumatic head injuries when she was thrown from an ‘exploding’ inflatable trampoline.

Ava-May Littleboy, from Lower Somersham, Suffolk, was hurled from the inflatable seaside play equipment which ‘exploded’ on the beach at Gorleston, Norfolk, in July 2018.

She was rushed to hospital but later died, with a post-mortem examination on July 3 confirming she had suffered traumatic head injuries, an inquest heard in March.

Now, Norfolk coroner Jacqueline Lake, who held the inquest into Ava-May’s death, has written a report due to her concern over the lack of safety checks on the trampoline. 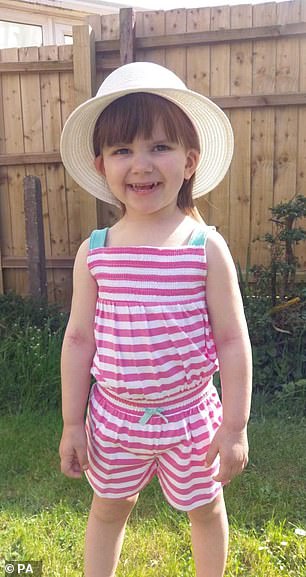 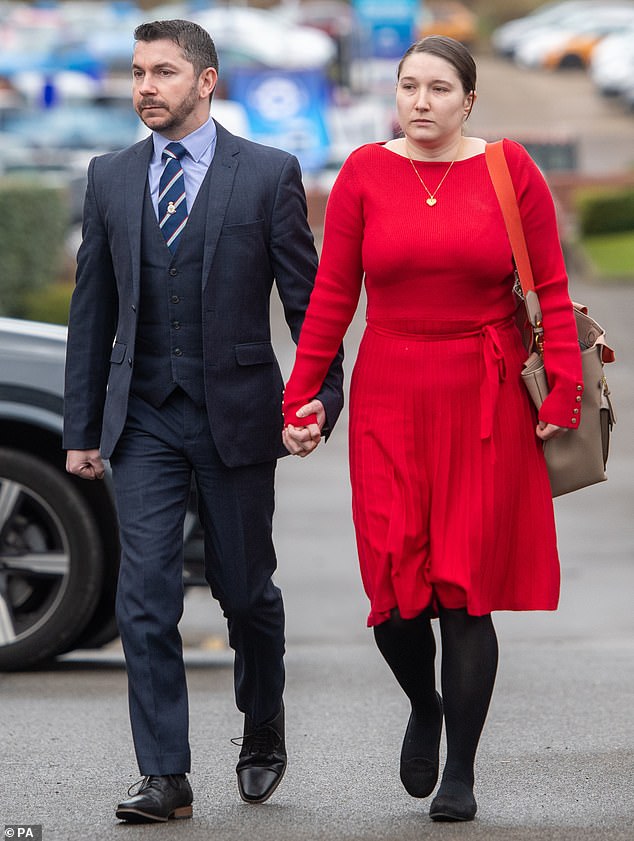 It comes after an inquest jury found last month that no procedure was in place to safely manage the trampoline’s inflation and there was no safety manual.

The Prevention of Future Deaths report, based on evidence heard at Ava-May’s inquest in September 2018, states that the trampoline had also failed an independent inspection just four days before the child’s death.

Concerns were raised by the independent inspecting company with regard to no pre-use manufacturing paperwork being available, and that not all Tie Downs were being used.

The report, written to the British Standards Institution (BSI), reads: ‘Evidence was heard that… the device is considered as being of imminent danger to persons, and the device should not be used until those defects have been rectified.’

The report notes the trampoline had no instruction manual and no up-to-date and complete risk assessment, while there was no procedure in place to safely manage the inflation of the trampoline and no staff training.

Children were supervised by staff while they were on it ‘some of the time’, the report added.

Ms Lake went on to take issue with the fact there was no requirement for the Health and Safety Executive or the local authority to be informed that the equipment was deemed unsafe to use. 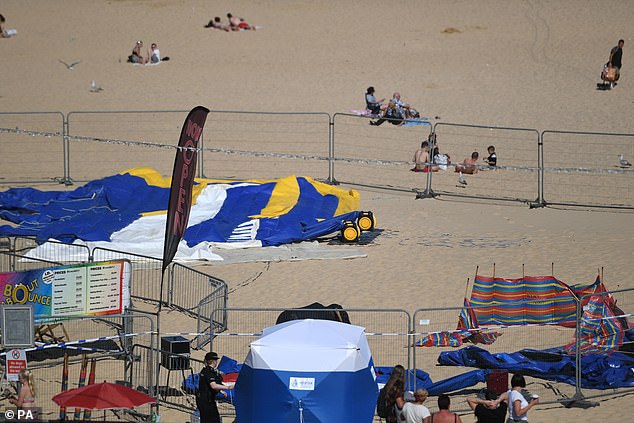 She wrote: ‘In my opinion action should be taken to prevent future deaths and I believe your organisation has the power to take such action.

‘You are under a duty to respond to this report within 56 days of the date of this report,namely by 28 May 2020. I, the coroner, may extend the period.

‘Your response must contain details of action taken or proposed to be taken, setting out the timetable for action. Otherwise you must explain why no action is proposed.’

The inquest into the youngster’s death in March concluded that she died after the inflatable trampoline exploded sending her flying into the air.

The hearing heard that Ava was at the beach with her parents Chloe Littleboy, 27, and Nathan Rowe, 36, her grandparents Ian and Angela Littleboy, her maternal aunt Abbie, and family friend Beth Jones when the incident took place.

At the inquest, it was heard how Ava was thrown ’20ft into the air’.

Ava-May’s family told the hearing, held in Norwich, how a funfair worker had tried to catch the three-year-old, but they were not quick enough.

Her mother Chloe said she felt ‘out of control’ and ‘unable to do anything’ as she watched onlookers try to save her daughter.

A man and a woman, both in their 40s and from the Great Yarmouth area, were arrested on suspicion of gross negligence manslaughter.

Earlier this year, they heard they would face no further action.

The couple who ran the trampoline park could still face prosecution by the local council under health and safety laws.

They have not been named.

What is a Prevention of Future Deaths report?

In the UK, Coroner’s hold inquests into a person’s death if the cause of death is still unknown, or if the person: possibly died a violent or unnatural death, died in prison or police custody.

An Inquest is an investigation into a person’s death to establish, who they were, when they died, where they died and how they came about their death.

If during the coroner’s investigation or during inquest, a coroner hears evidence which gives rise to ‘a concern that circumstances creating a risk of other deaths will occur, or will continue to exist in the future,’ and deems action in necessary, they have a duty to issue a Prevention of Future Deaths report.

The report is made to relevant person, organisation, local authority or government department or agency.

It will set out the concerns and request that action should be taken.

The person, body or organisation in receipt of this report then has 56 days to provide the coroner with their response, to include details of the actions taken and to reassure the coroner that their concerns have been addressed to prevent future deaths.