By Charlie Coë and Brittany Chain For Daily Mail Australia

The body of a 19-year-old girl who fell into the water at a picturesque rainforest rock pool has been recovered by rescue workers.

The teenager slipped and fell into the creek at Babinda Boulders, 60km south of Cairns in far north Queensland, about 3pm on Monday.

Emergency crews initially failed to find her after being called to the scene, before discovering her body about 8am on Tuesday.

The body of a 19-year-old girl who fell into the water at Babinda Boulders, 60km south of Cairns in far north Queensland, on Monday has been recovered about 17 hours later

Authorities are now in contact with the family of the teenage girl, who was from the Cairns suburb of Edmonton.

Babinda Boulders is often referred to as Devil’s Pool and located at the base of a hiking trail popular with backpackers and travellers.

Visitors have been known to take for granted the calm surface and miscalculate the strength of the current underneath.

In October 2020, 37-year-old Shanon Hoffman’s lifeless body was pulled from the swell, which is said to have been cursed by a spirit.

He had been dragged under just two days earlier, and locals feared he would become just the latest in a long line of fatalities at the ‘haunted’ spot.

The undercurrent has been described as a ‘washing machine’ which sucks people under and makes it near impossible for them to swim to safety.

According to Aboriginal lore, Babinda Boulders is haunted by the spirit of Oolana, a young woman from ancient times who drowned in that very spot. 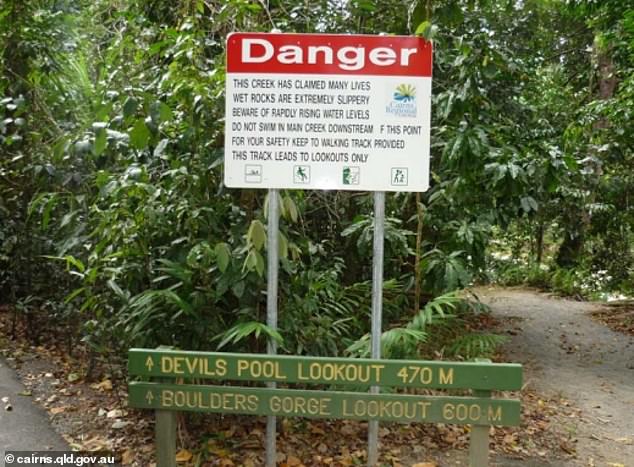 According to Aboriginal lore, Babinda Boulders is haunted by the spirit of Oolana, a young woman from ancient times who drowned in that very spot

The legend says Oolana was from the Yindinji Tribe, and had been promised to a respected tribal leader when she was of age.

But she met a handsome young warrior, Dyga, who belonged to another Queensland tribe and fell in love with him.

Knowing she wouldn’t be able to stay with him, the couple fled their respective tribes and escaped into the wilderness, where they relied on the land to keep them alive.

The couple remained in love and continued their affair while elders searched high and low for them. 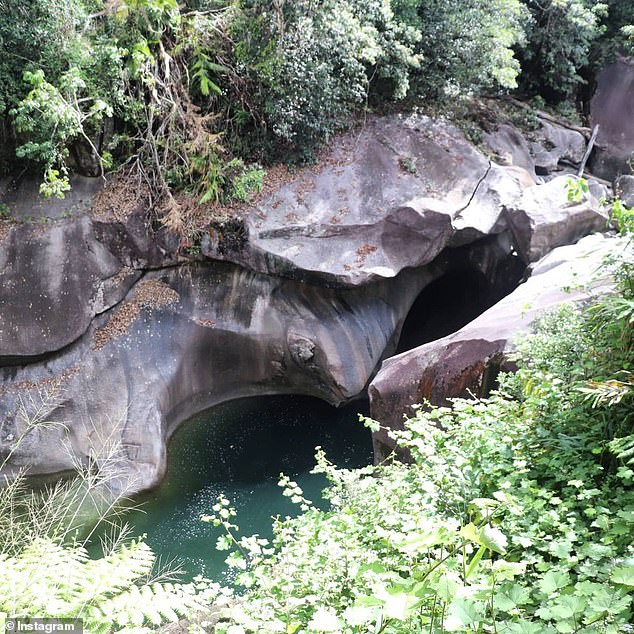 There are 20 known deaths at the far north Queensland pools since the 1940s, of which 17 were men

After some time, they were captured.

Dyga was dragged away and, out of despair, Oolana flung herself into nearby springs, which later became known as Devils Pools.

Legend says Oolana’s spirit haunts Devils Pools, luring men to the springs before dragging them under water and to their deaths as part of her endless search for her lost love.

Of the 20 known deaths that have taken place at Devils Pools since the 1940s, 17 victims have been men.