A baby boy born on the Paris Metro has been given free transport on the underground railway system for the next 25 years.

The child, identified only as Ousmane, came into the world on Wednesday night on a train that stopped at Glaciere Station in the French capital.

‘The service on Line 6 was interrupted and, by chance, a doctor was on board who was able to help Ousmane’s mother through her labour,’ said an official working for RATP, the Paris transport operator.

The child, identified only as Ousmane, came into the world on Wednesday night

‘Ousmane has now been given a free travel card which will be valid until 2043.’

The baby boy was born at 10.40 pm and the mother was taken to Hôpital Cochin in the 14th arrondissement by firefighters a few minutes after, reported The Local in France.

The 25 years of free travel is a traditional gift from RATP when a child is born on one of their services.

A similar story emerged from Paris in June when another baby boy entered the world on the underground on the A line at Auber station in the north of the city. 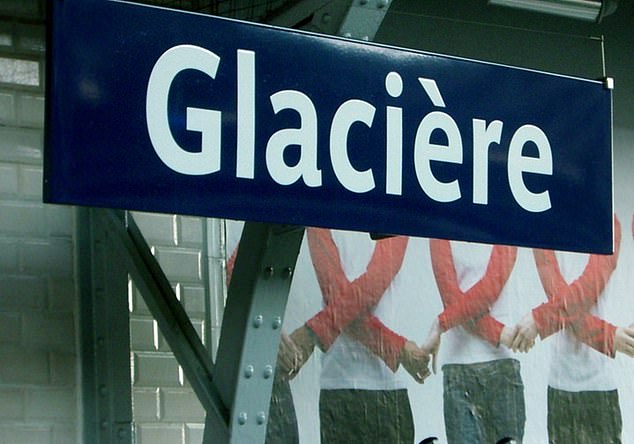 Train service was disrupted by the birth but the train operators sent out a warm congratulations to the mother and child and ensured passengers they were doing well.

In September another child was born in a ‘lightening birth’ in the busiest station in Europe, Gare du Nord.

Andrew John Street CBE, former John Lewis managing director, branded the station the ‘squalor pit of Europe’ after arriving on the Eurostar in 2014.

‘I realised that her waters had broken and she was in the process of giving birth.

‘I laid the woman down. She was crying in agony. She told me the baby was coming. Fortunately there was a hospital nurse on her way to work. She stopped to help me.’

‘It was a lightning birth, it took 10 minutes maximum,’ added Mohamed.