She announced she was expecting her first child last year.

And on Monday, Bailey Scarlett took to Instagram to flaunt her burgeoning belly.

In her post, the 20-year-old revealed she was six-months along and shared a series of photos that saw her pose in lacy underwear.

‘3 months to go!’ Pregnant bikini model Bailey Scarlett flaunts her burgeoning baby bump in lacy lingerie as she reveals her due date

‘6 months,’ Bailey captured the picture, revealing she is due in May.

The next photo saw the model take a side-on mirror selfie of her stomach.

‘3 more months to go,’ she captioned. 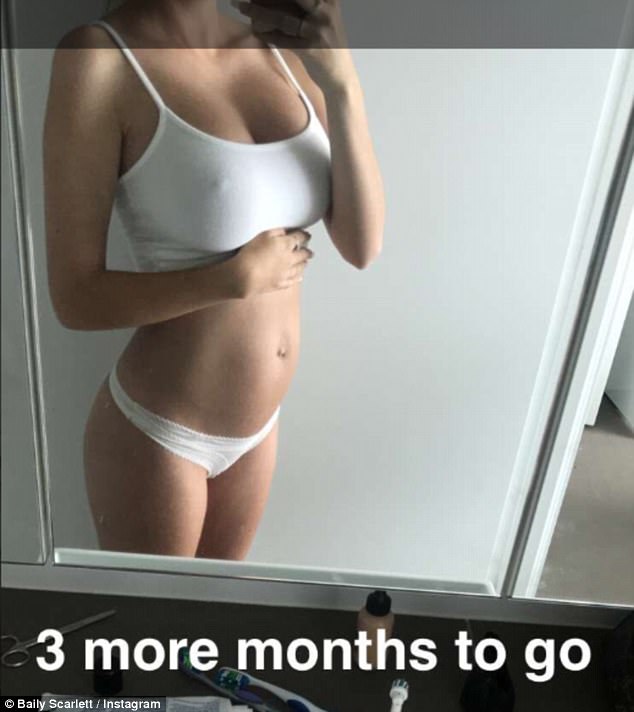 Bumping along: The next photo saw the model take a side-on mirror selfie of her stomach 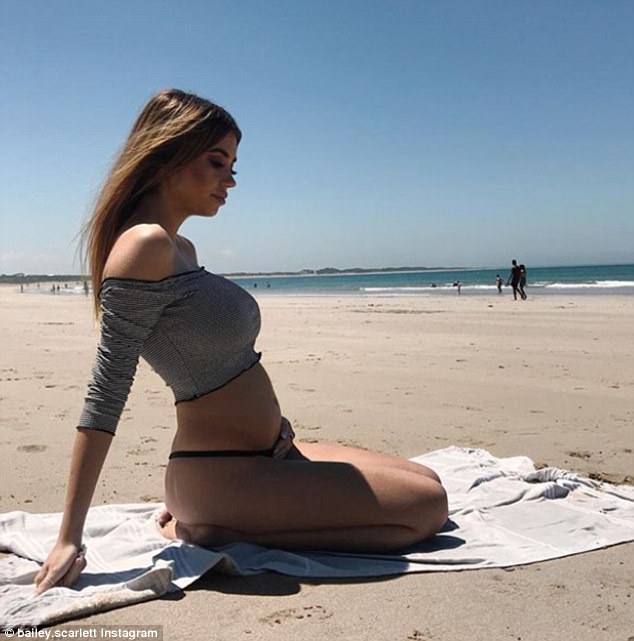 New arrival on the way! Bailey announced she was expecting a baby boy last November

After announcing she was expecting a baby boy last November, it’s been reported the father is Greg Cannell, the ex-boyfriend of Neighbours star Olympia Valance.

It has also been claimed Greg has since split with the brunette after they dated for several months.

Speaking to Daily Mail last month, Bailey confessed she initially had a tough time coming to terms with the pregnancy news. 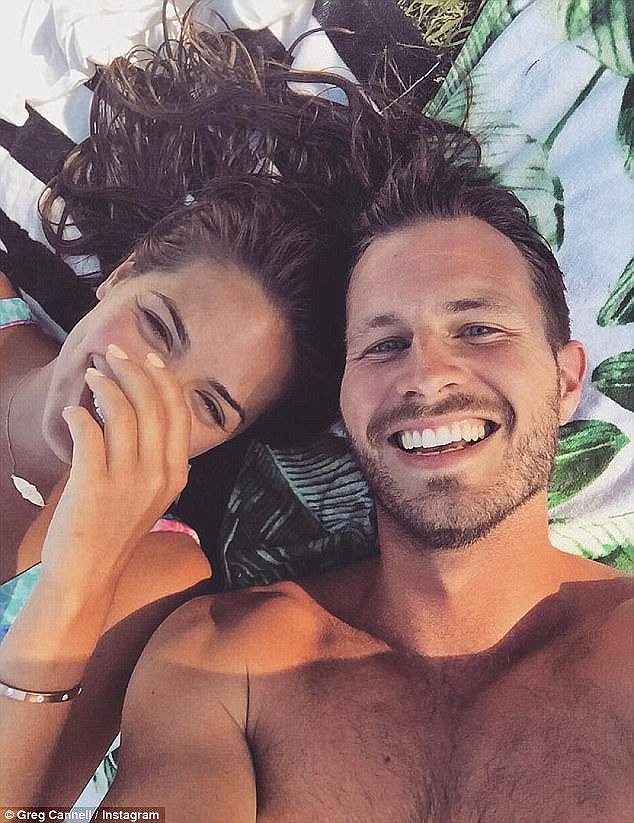 ‘When I found out I was pregnant I really struggled mentally to come to terms with it. But at the end of the day a situation is only as negative as you allow it to be,’ said the social media star.

‘I’m extremely blessed to be given something some people wait a lifetime for.’

Bailey first rose to fame after she claimed her drink was spiked at a Melbourne party hosted by Justin Bieber in 2015.