Steve McManaman tore into Barcelona Saturday after their 0-0 draw with Rayo Vallecano, calling the Catalan club ‘not good enough’ and casting doubt on their summer transfer business.

Barca opened their La Liga campaign with the disappointing home result, and McManaman was not impressed as the club dropped points with a host of big names in their squad.

‘They were packed on the bench, absolutely stacked with internationals, they brought five on, and they still couldn’t do anything,’ he said after the game on ESPN FC Live.

‘The game management was poor, they were slow, there was no urgency.

While the former Liverpool and Real Madrid man would hope to see a better performance the next time he’s at Camp Nou, he seems more resigned to be underwhelmed by their new signings – bar their new striker.

‘People like that, [Andreas] Christensen, I wasn’t that bothered about.’

The ex-Barca and Liverpool midfielder acknowledged the underwhelming debuts of Lewandowski and Raphinha, who were off the mark with nine shots between them.

Lewandowski hit the target with just one of his five shots, and Raphinha didn’t find the target once.

‘His first game, the anxiety – people get nerves,’ Garcia said of Lewandowski. ‘Even though he’s very experienced it doesn’t matter.

‘At the end you come here, [thousands of] people in the stadium, expecting [you to score]. 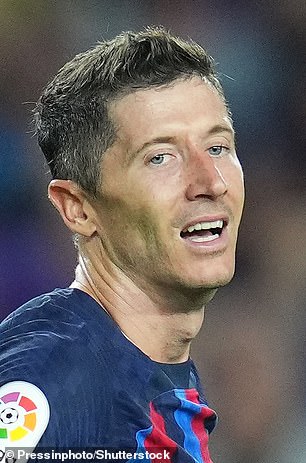 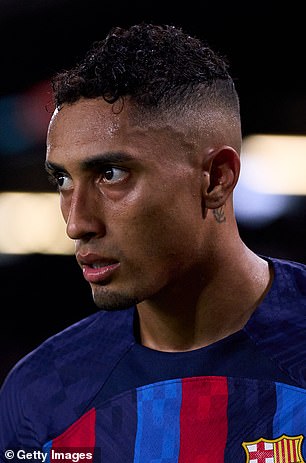 ‘It’s not easy when you’re in front of the goal, and I think I saw that in Raphinha in the first half.

‘He wants to score so much that he’s tried to put the ball in the best position, tried to score the first goal, because that’s something very important.’

Expectations are high for Barcelona after a summer of big spending – evidently with money that they don’t really have.

Robert Lewandowski, Raphinha and Jules Kounde all joined for at least $45 million, while Franck Kessie and Andreas Christensen joined on free transfers as well. 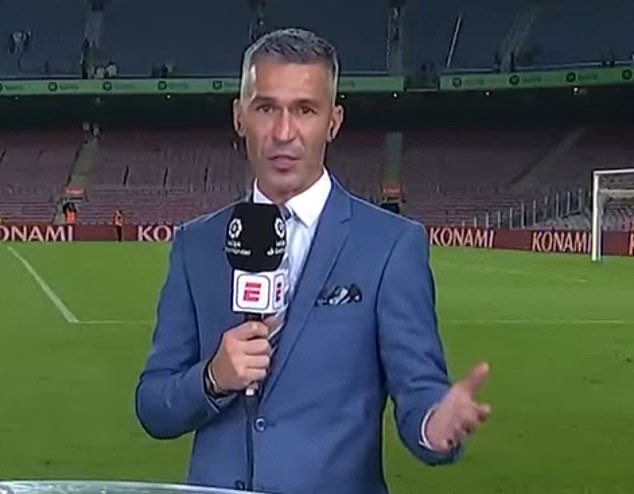 Luis Garcia struck a more sympathetic tone, but he was also underwhelmed by Barca

Kounde is not yet registered to play, and Vallecano finished just four points above the relegation zone last season.

But Garcia managed to find some positives with the performance.

‘At the end, it’s about the ball going into the net, that’s the only thing that matters,’ he said.

‘I think that Barcelona – It’s not the best performance, of course… but you could see that there is an idea.

‘At the end, the chances arrive, but you didn’t finish them. And that’s something that you should be concerned [about], but it’s not something that is gonna worry Xavi or the players.’

Barca will travel to San Sebastian next weekend to face Real Sociedad.