The Argentine was withdrawn at half-time of Tuesday night’s victory over Villarreal on Tuesday night, his first start of the season.

Though Ernesto Valverde tried to play down fears over his star man’s fitness, Barca have now confirmed the extent of his injury. 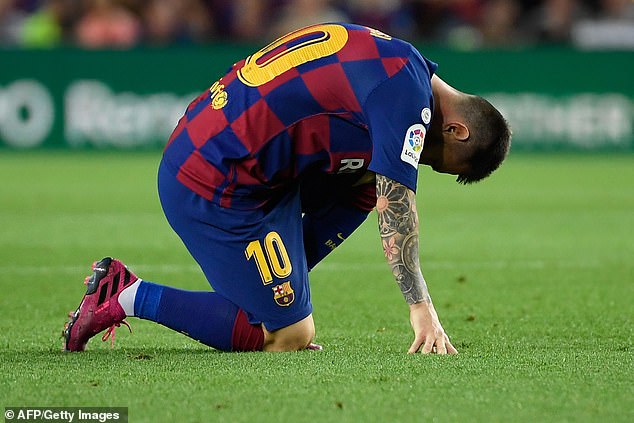 A statement released on Wednesday night said, ‘First team player Leo Messi has an elongation at the adductor of the left thigh. It is low and its progression will determine his availability.’

Spanish newspaper AS report that he will miss Saturday’s trip to Getafe as well as the visit of Inter next Wednesday.

He is also a doubt for next weekend’s visit of Sevilla.

Messi missed the first four games of the season with a calf issue, before making substitute appearances against Borussia Dortmund and Granada last week. 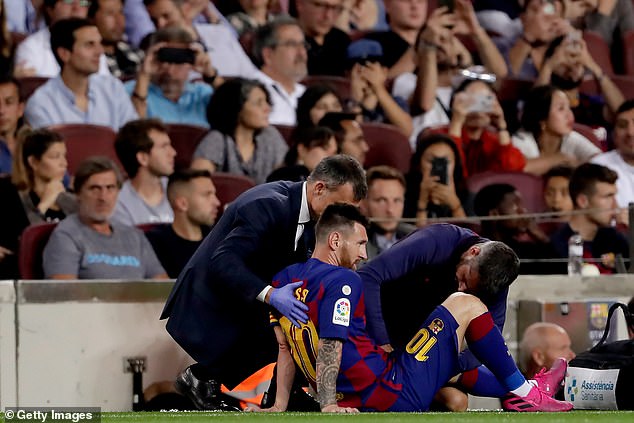 Valverde said on Tuesday night: ‘He had some discomfort in his adductor and we preferred not to risk him.’

He added: ‘When something happens to Messi, everyone stops, not only on the field, but in the stands as well.

‘As a precaution we have decided not to risk it. In theory, it is nothing more but we will see tomorrow how it is.’