Former Barnsley boss Valerien Ismael could not inspire West Brom to their first win at Oakwell for 74 years on his return to the club.

Albion, currently positioned 18 places above Ismael’s old employers, were forced to settle for a goalless Championship draw at his old stomping ground, extending the club’s winless run in the South Yorkshire town to a 19th visit.

The sorry record – stretching back to 1947 – was maintained courtesy of some determined backs-to-the-wall defending by the hosts with Callum Brittain, Carlton Morris and Michal Helik all making excellent goal-line clearances, while visiting defender Cedric Kipre also rattled the frame of the goal. 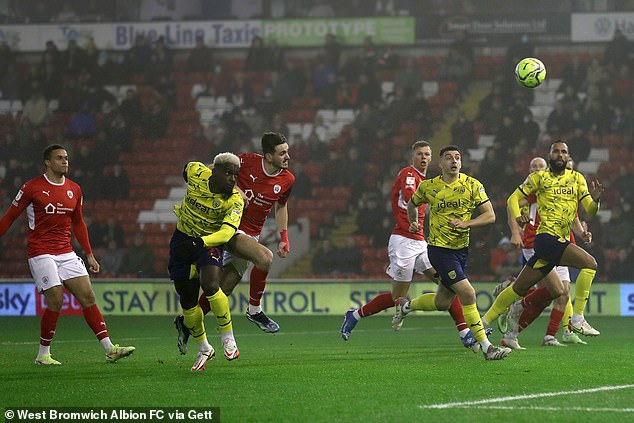 Barnsley have still only won once in their last 21 matches but, at least under Poya Asbaghi, the Tykes are beginning to rediscover a little of the battling spirit that saw Ismael take them to the Championship play-offs last term.

The Baggies had been unfortunate not to forge into a third-minute lead when Kipre’s header thudded against an upright following a right-wing free-kick delivered by former Tyke Alex Mowatt.

Moments later, a 20-yard Brittain shot whistled over the visitors’ crossbar and, after a stagnant period in the game, Albion right wing-back Darnell Furlong cut inside and saw his edge-of-the-box effort deflected away from goal at the first half’s midway point.

Just before the half-hour mark, Jordan Hugill was denied only his second goal of the season when Brittain positioned himself brilliantly on the line to get in the way of the former Preston striker’s sidefooted, six-yard attempt.

At the other end, Sam Johnstone palmed Josh Benson’s 30-yard free-kick over after Jake Livermore had bundled Callum Styles to the ground.

But a looping Hugill effort had to be punched behind by Brad Collins as the ball threatened to dip under the home goalkeeper’s crossbar and, when Furlong’s subsequent corner was helped on amid a crowd of near-post bodies, Barnsley striker Morris made a terrific overhead clearance off the line to keep the scores level at the break. 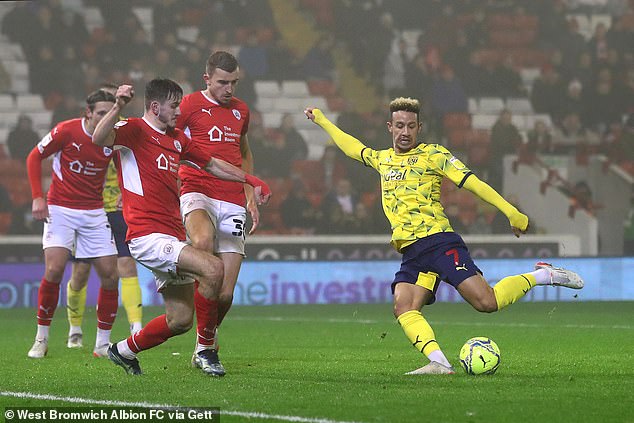 Ismael’s men continued to pose the greater attacking intent after the restart with Kipre steering a chance wide from close to the penalty spot after his initial shot had been blocked.

A wayward free-kick by Furlong then wildly missed the target when Mowatt, who was also standing over the ball, would have probably been a better option.

Collins had to react in sharp fashion on his own goal-line, however, to claw away Furlong’s inswinging corner and the Barnsley stopper was also equal to Callum Robinson’s deflected strike after good work through the left channel by Karlan Grant.

Midway through the second period, Baggies skipper Kyle Bartley headed the ball over from a Mowatt corner and after 71 minutes, Barnsley’s only attempt of the half saw Jordan Williams comfortably clear the crossbar from distance. 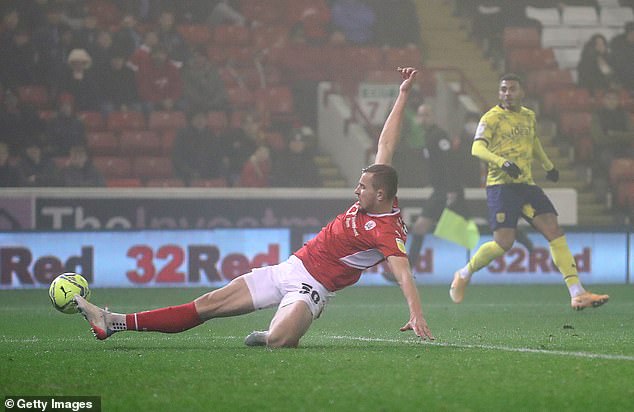 More heroic defending from the hosts kept the game goalless shortly afterwards when Grant sprinted on to a Kipre ball through the right channel and skipped past an outrushing Collins only for his shot to be blocked after excellent covering play by Helik.

A Grant up-and-under then saw Furlong head off target as Albion began to get desperate in their endeavours to force a breakthrough and Matt Clarke went on to see a looping late header land on top of the netting.

At the other end of the pitch, though, Ismael’s men remain peerless in the Championship with the division’s best defence keeping an 11th clean sheet to remain third with the hosts second-bottom.