David Lloyd George liked to ‘measure’ young girls and would be ‘booted’ from office today for his attitudes towards women, a retired Tory peer claimed.

Baroness Trumpington, 95, said Lloyd George, who was Prime Minister between 1916 and 1922, liked to survey ‘pretty well all’ of her body with a tape measure while she worked on his farm in Churt, Surrey, when she was 17.

Speaking to John Humphrys on Radio 4’s Today programme, Baroness Trumpington – who retired from the Lords in October – said: ‘He liked measuring me.

‘In other words, he’d say “Go and stand over there!”… He had a tape measure, and would measure me.’ 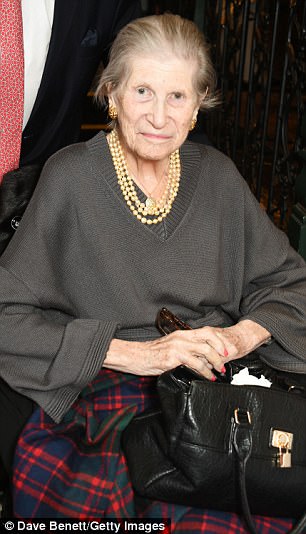 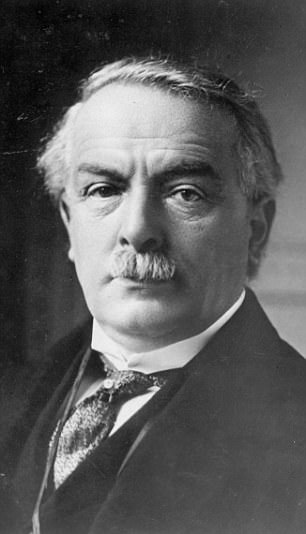 When Humphrys remarked that the encounters sounded ‘rather intimate’, the baroness replied: ‘It was. But I thought that’s what people do!’

And asked whether she ever reacted negatively to the former Prime Minister’s advances, she said: ‘No. I said thank you very much!’

During an earlier interview with the Daily Mail in 2013, the baroness said: ‘It was never explained why, but he was my boss and the grandfather of all my buddies, so I’d never dare ask. 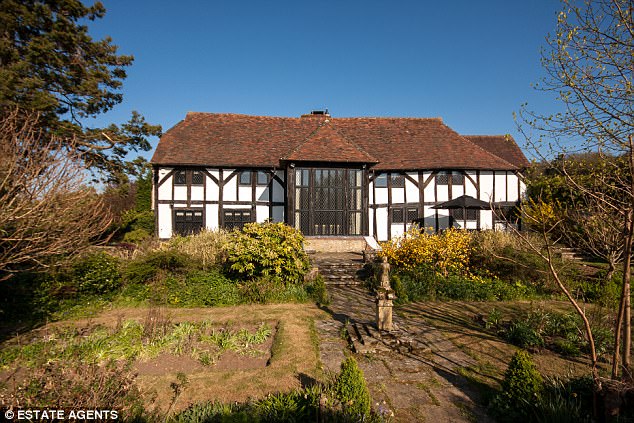 The cottage in Churt, Surrey, which was designed by Frances Stevenson, secretary and mistress of David Lloyd George 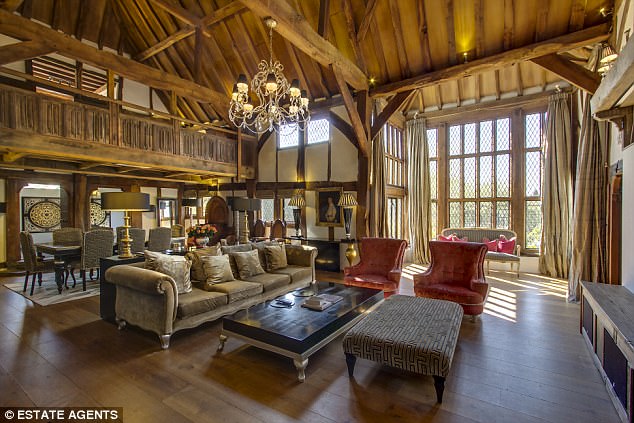 Grand:’He built her a most charming cottage,’ Baroness Trumpington added

‘Anyway it was a long time ago.’

The baroness also bore witness to the most notorious of David Lloyd George’s flings — his relationship with his secretary and mistress, Frances Stevenson.

‘He built her a most charming cottage,’ Baroness Trumpington added. 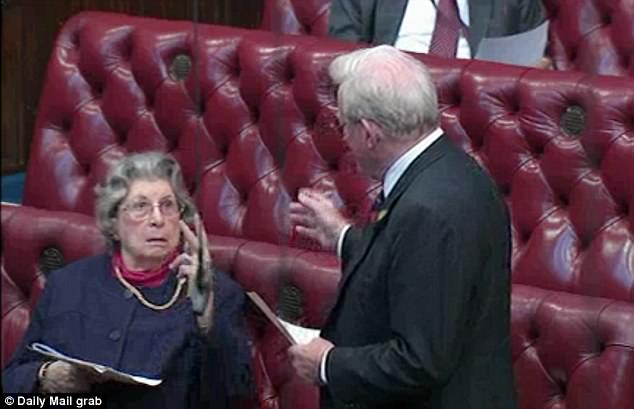 Affectionately dubbed baroness Battleaxe, the baroness was made a peer by Margaret Thatcher in 1980 and is well for her witty and no-nonsense character.

During her 37 years in Parliament’s upper chamber Lady Trumpington has become well known for her colourful behaviour and formidable.

She hit the headlines when in 2011 she gave the two-fingered salute to a fellow peer when he suggested that she was old during a Parliamentary debate.

After she died in 1941, the former Prime Minister controversially married Frances. Jennifer was 15 when he died aged 82 in 1945

An aide of former Prime Minister David Lloyd George’s declared that he was ‘mental on matters of sex’ and that ‘in his view, a man and a woman could not possibly be friends without sexual intercourse’.

Within months of his marriage to Maggie, the former Prime Minister had already impregnated a Liberal activist known only as Mrs J.

He also impregnated his wife’s cousin, Kitty Edwards, his friend Timothy Davies’ wife as well as another Liberal MP’s wife.

It was said that Frances had two abortions to protect the politician from scandal but when she fell pregnant a third time in 1929 aged 40 he allowed her to have the baby as long as she didn’t claim he was the father.

After she was born Frances adopted Jennifer and they lived in Surrey, 20 miles from the home Lloyd George shared with his wife Margaret.

After she died in 1941, the former Prime Minister controversially married Frances. Jennifer was 15 when he died aged 82 in 1945.

When Frances died in 1972 Jennifer discovered her true parentage in a note she found that was written in 1929 by her mother to Lloyd George. In it she revealed to him that she was pregnant.

She also found a telegram her mother sent to the ex-Prime Minister after she gave birth. She said: ‘The parcel we were expecting has arrived.’

Later, in his 60s, he even slept with his son’s troubled wife, Roberta.