This is the moment a base jumper broke his ankles in a parachute accident while hurling himself off a mountain.

The daredevil fractures his hip after being dragged face-first into the rocks when his parachute opened the wrong way.

‘When the parachute opened, it opened 180 degrees,’ he said.

‘So instead of flying away from the cliff, I was flying towards the cliff and didn’t have time to turn right or left.’ 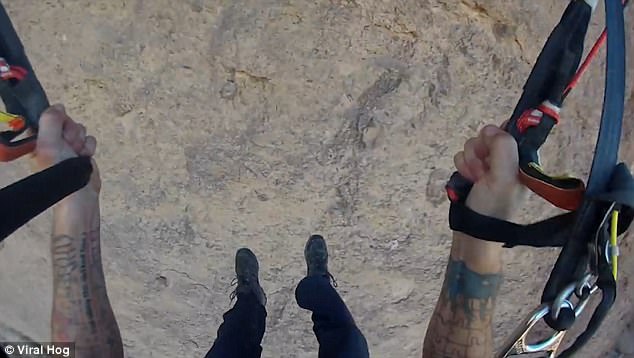 Rather than guide him through air, the parachute spins the base jumper round and smashes him into the rocks

The moment his body slams against the rocks was captured on the jumper’s helmet camera.

He can be heard shouting ‘oh s***’ and continues to scream in panic while thudding against the mountain as he falls to the ground. 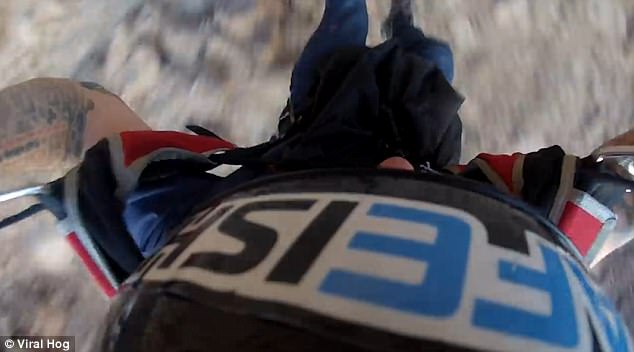 He smashes into the mountain twice before landing, breaking both ankles and fracturing his hip in the accident 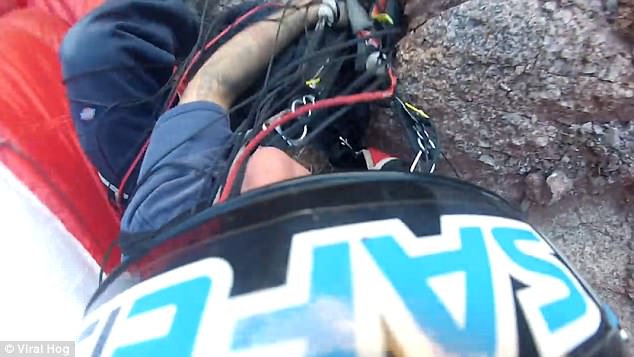 When he lands, people rush to help, removing his helmet as a woman tells him not to move, saying: ‘You just kinda hang out here.’

The battered and bruised base jumper from Casa Grande was taken to hospital after the near-fatal mishap on Tuesday last week.