She’s arguably Australia’s greatest ever female basketballer player and now Lauren Jackson is set to pull on the green and gold once again, 25 years after first being called up to represent the Opals.

Jackson, 41, last played for Australia in 2013 and has now been picked to join the Opals squad ahead of the World Cup this September in Sydney.

The lure of a second world title has been enough to lure the ‘GOAT’ of Australian women’s basketball out of international retirement after she returned to competitive basketball in the NBL1 earlier this year.

Jackson will join the Opals team camp in Canberra next week, and captained Australia to their only world title in 2006.

Lauren Jackson playing for Australia at the 2012 London Olympics 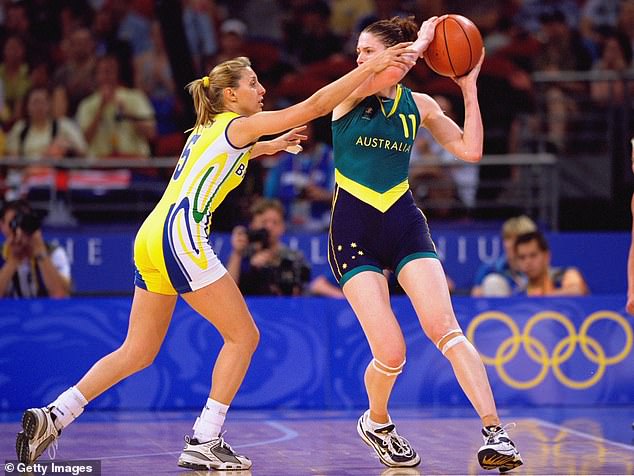 She was the event ambassador for the World Cup and her addition to the Opals squad is a massive boost for the profile of the event.

Her inclusion in the Opals squad was confirmed on Tuesday evening and is a key step towards Jackson’s potential international comeback.

Jackson, who is also a three-time WNBA MVP and seven-time WNBA All Star after being the first pick of the 2001 draft, retired ahead of the Rio Olympics because of debilitating knee soreness.

She returned to domestic competition early this year for her home town of Albury in the NBL1 on the back of a rigorous fitness regime where she has been in outstanding form, averaging 32.6 points and 11.6 rebounds. 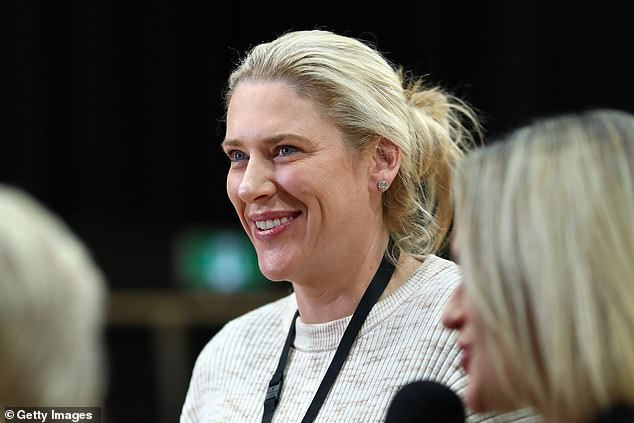 ‘I never expected to get to this point so every day I get past here is a blessing and I truly feel like one of the luckiest people in the world to be getting another shot after the way my career ended,’ Jackson told News Corp.

‘There’s a little bit of apprehension. I’m definitely a little bit scared and excited but who knows what will happen with my body.

‘I’ve been very cautious from day dot, not to get over excited or put any pressure on myself. It’s been a really long journey but every milestone that I’ve hit I’ve gone, ‘I didn’t think I’d get to this point’.

‘It kind of feels like I’m a kid again vying for a position. When I found out I made it into the squad I had a moment of shock, it’s reality now and getting into the mind frame again of competing to wear the green and gold again,’ said Jackson. 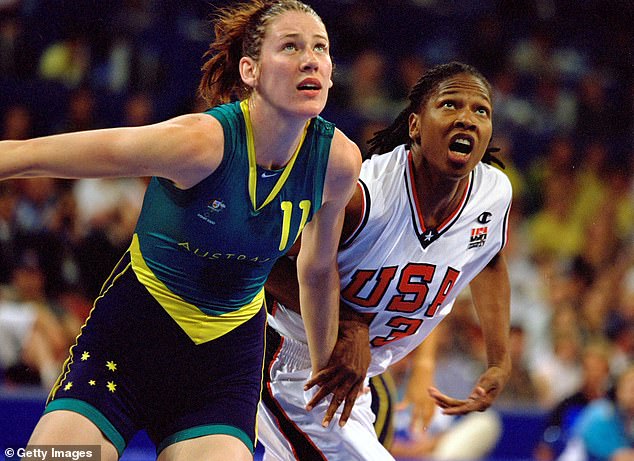 Lauren Jackson plays for the Opals in the 2000 Sydney Olympics 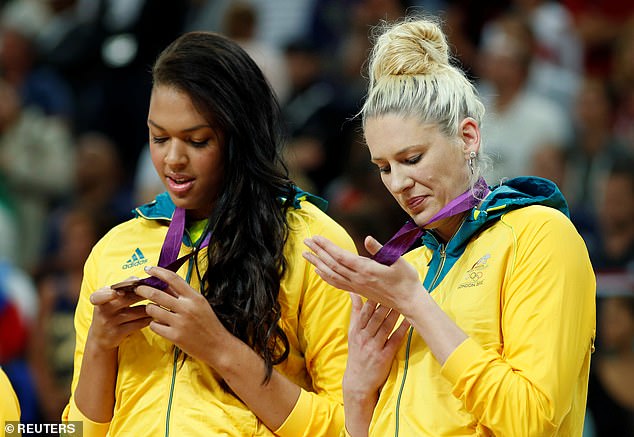 Jackson boasts one of the best resumes in Australian sport in addition to her incredible feats in the WNBA over in the US.

She’s a four-time WNBL MVP and grand final MVP, has been part of five WNBL premiership teams and has won three silver and one bronze medal for the Opals across four Olympic games.

Not surprisingly, Jackson is confident she can make a difference if she makes the final cut for the third-ranked Opals’ World Cup team. 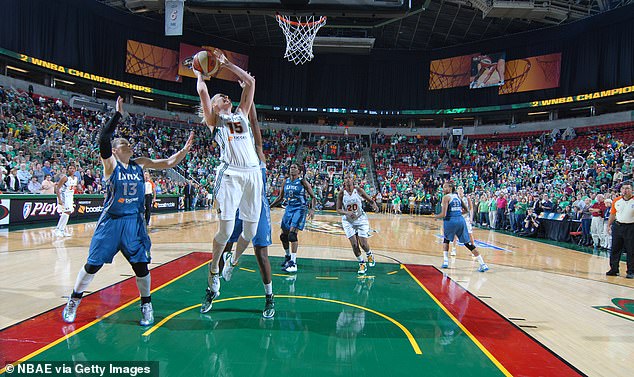 ‘With my size, height and experience in the game I think what I can bring to the team is invaluable in terms of leadership,’ she said.

‘Once I step foot on a basketball court I’m pretty confident, it just comes naturally and has always just been part of who I am. I know I can bring that confidence to the girls, I can help them and that’s where I think I can be helpful.

‘In terms of my talent and ability to get out there and score buckets, people know I can do that but I think it’s the other stuff that’s going to make a difference,’ said Jackson. 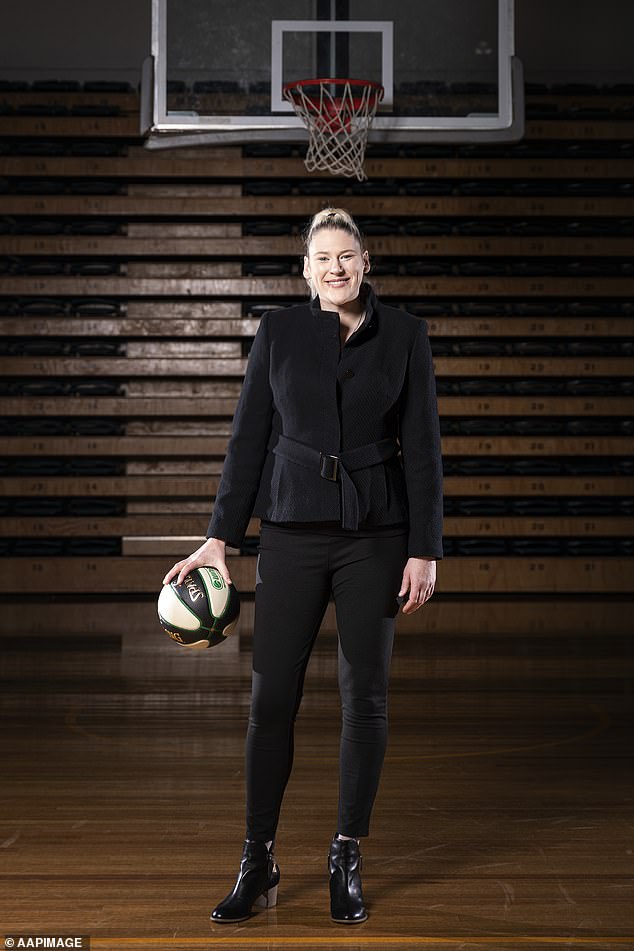 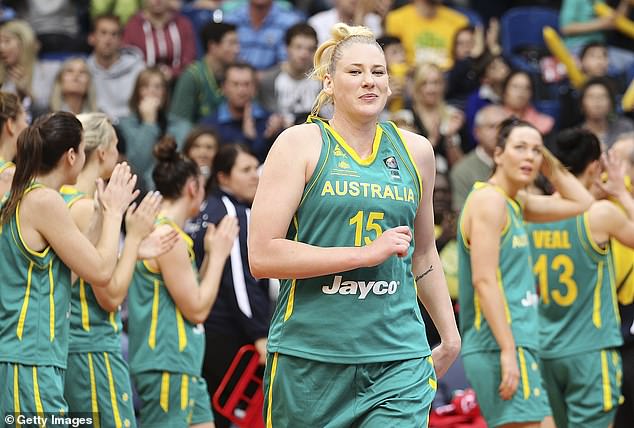 That being said, Jackson literally laughed at the idea of representing Australia again when she held a press conference to announce her playing return for Albury-Wodonga in the NBL1.

‘Far too big of a picture (to contemplate). I’m literally just very happy where I’m at … just the fact that I get to play basketball here in front of our community is more special than anything I can imagine,’ she said in February.

‘I haven’t played in eight years, it would be absolutely stupid for me to sit here and say I’m going to be there (for the Opals), because I’m not … that is not on my radar.’

Well, she’s back – and watching the Opals play in a home World Cup will now absolutely be on the radar of Aussie basketball fans keen to get a glimpse at the ‘GOAT’.