Bayern Munich stars focused as they train at Anderlecht

Bayern Munich’s players looked like a team on a mission as they trained with steely faces at the Constant Vanden Stock Stadium on Tuesday night.

The Bundesliga leaders currently sit second in Champions League Group B going into Wednesday’s clash with Anderlecht — and that position is unlikely to change.

Only a shock win for Celtic away to PSG coupled with two Bayern defeats would see the Germans slip to third, but they do retain a slim hope of pipping PSG to top spot. 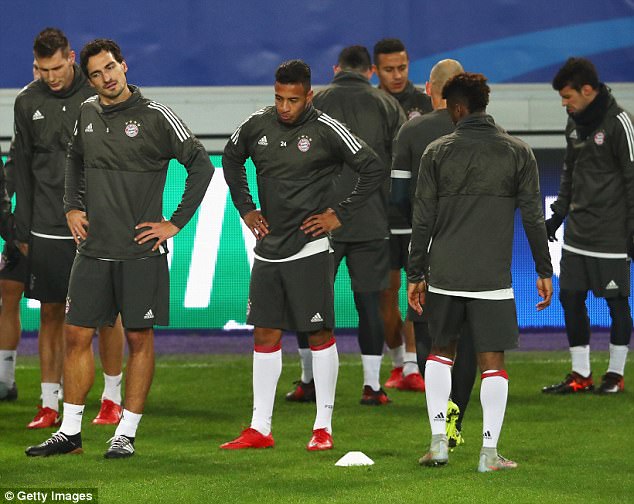 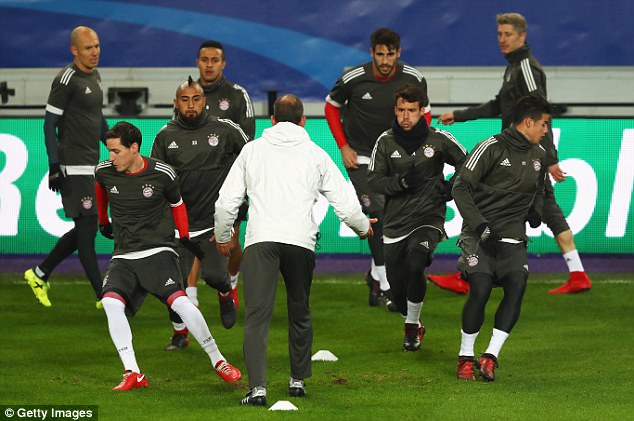 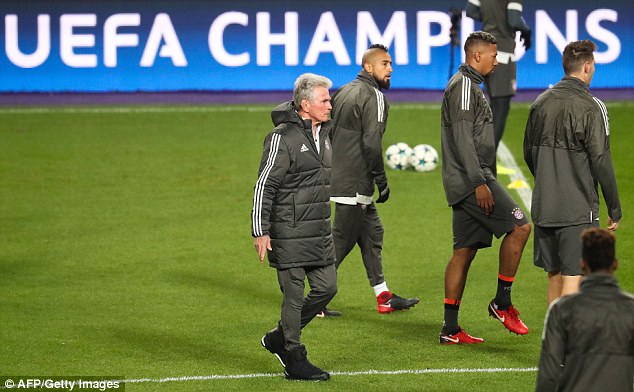 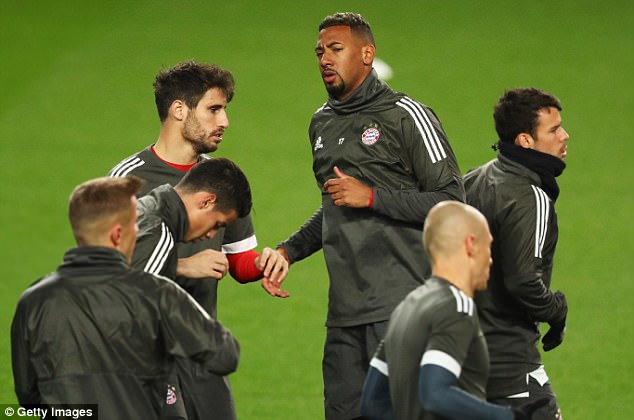 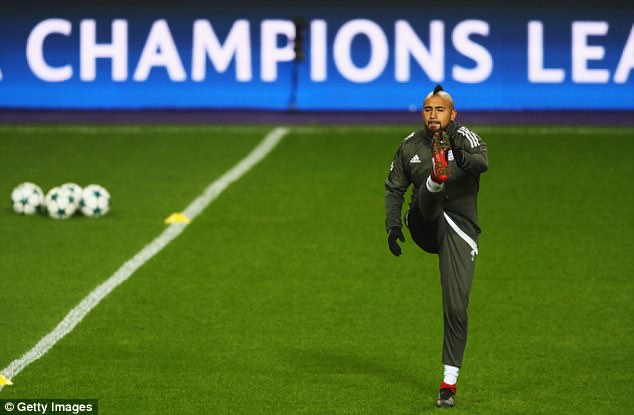 Bayern need to better PSG’s result this week and then beat the French giants in Munich on December 5.

Manager Jupp Heynckes clearly still believes there is work to do in Group B as he has taken a very strong squad to Belgium.

A star-studded first team including Arturo Vidal, Arjen Robben, James Rodriguez and Robert Lewandowski were put through their paces as they familiarised themselves with the playing surface at Anderlecht’s 21,500-capacity stadium.

Vidal, whose fitness was criticised by Heynckes earlier this month, was seen stretching during a fitness-focused session, which included plenty of running. 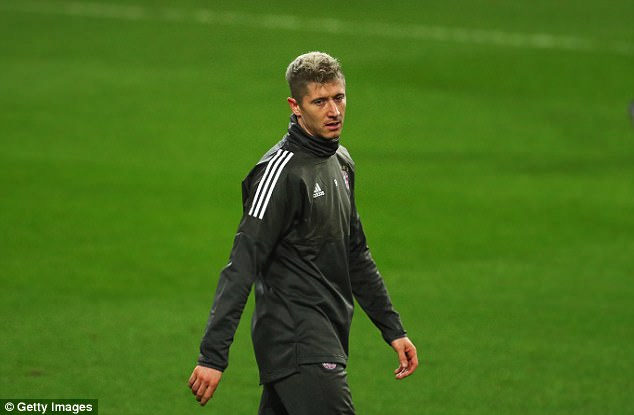 Robert Lewandowski could be key for Bayern, having scored 22 goals in 22 games this season 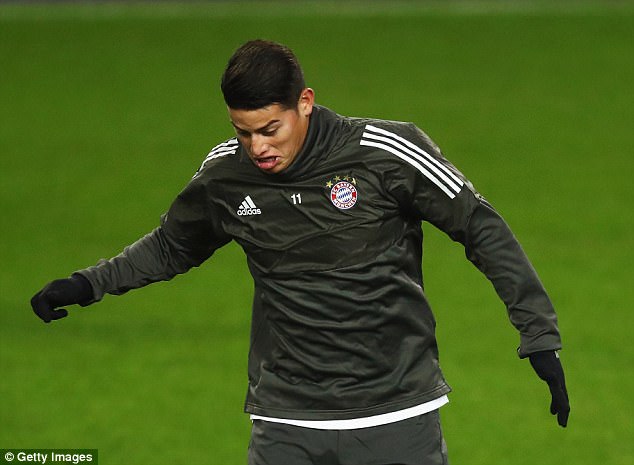 James Rodriguez is also in good form, having produced two assists and a goal in four matches 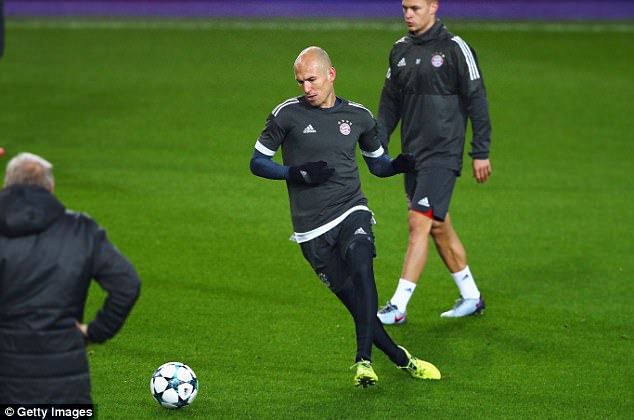 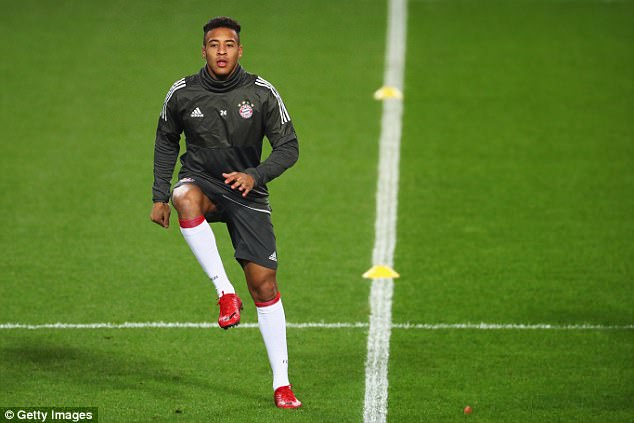